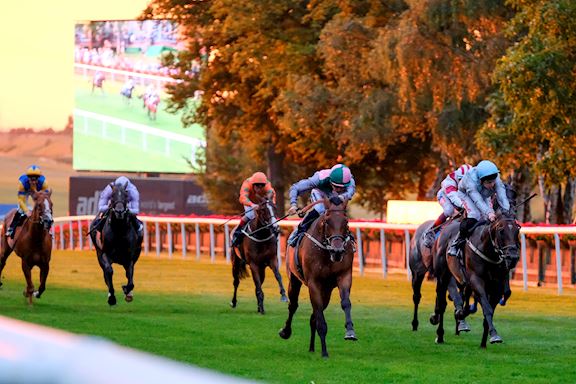 Becca Holland has today been announced as Newmarket Racecourses’ first ever Feel Good Champion for Feel Good Friday at the Moët & Chandon July Festival on 13 July.

Becca, an NHS ambulance driver from Weston Underwood in Buckinghamshire, was chosen from over 90 entries from across the UK who had been nominated by friends and family to be treated by Newmarket Racecourses for their acts of kindness.

The competition, which ran from 13-28 June 2018 asked for nominations to be submitted to win a host of ‘Feel Good’ prizes to treat and reward someone for their good deeds or charitable actions.

Becca Holland was nominated by her friend Johanna Bayliss-Fuller, who wanted Becca to be recognised for performing a number of actions that saved her life.

“Becca isn’t just a feel good champion, she is a guardian angel. Not just to me in so many special ways, but to others too – always supportive, loving, kind and generous. Becca hasn’t just done one single act of kindness, but all her actions literally saved my life after a series of traumatic events left me feeling suicidal. She is a very deserved winner and she’s simply the best.”

In addition to Becca scooping the title of Feel Good Champion, there were two runners up, Gina Kendal, a Foster Carer and Andrew Uttridge who set up his own charity, the Rooprai Spinal Trust who win:

On top of the main winners, a further 30 shortlisted runners up will receive free Premier Enclosure entry for Feel Good Friday as a thank you for their good deeds, and the winner and all runners up will be offered a celebratory drink together over the course of the day.