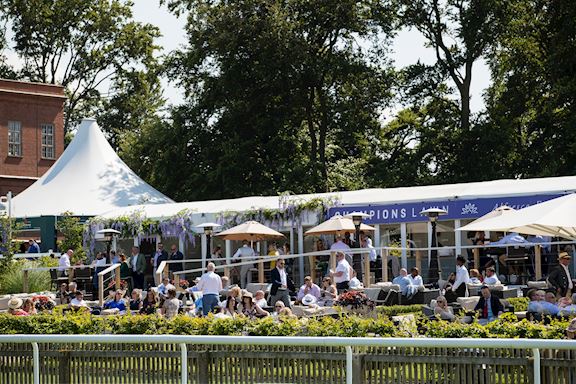 The Commonwealth Cup winner, Eqtidaar, has today been confirmed as an intended runner in the £500,000 Darley July Cup, a Group 1 event run over six furlongs of Newmarket’s Adnams July Course on Saturday, 14th July.

The fourth of seven races in the Sprint category of the QIPCO British Champions Series and the racing highlight of the three-day Moët & Chandon July Festival, the Darley July Cup is the first championship opportunity for three-year-olds to take on older horses over six furlongs.

This year’s renewal should be a superb contest as Eqtidaar is set to take on another recent Royal Ascot Group 1 hero, Blue Point, not to mention the last two Darley July Cup winners, Harry Angel and Limato.

A son of Invincible Spirit owned and bred by Sheikh Hamdan Al Maktoum and trained in Newmarket by Sir Michael Stoute, Eqtidaar stepped up markedly on his previous form in the Group 1 Commonwealth Cup 12 days ago, beating another Darley July Cup entry, Sands Of Mali, by half a length, the pair pulling a length clear of the rest of the field.

The Commonwealth Cup has only been in existence since 2015 but has immediately become a key pointer to the Darley July Cup. Muhaarar, another Sheikh Hamdan Al Maktoum home-bred, was its inaugural winner before going on to land the Newmarket showpiece, while last year Harry Angel finished second in it prior to his Darley July Cup triumph.

“I spoke to Sir Michael Stoute on Monday and he says Eqtidaar has come out of the Commonwealth Cup in good shape and he would be keen to run him in the Darley July Cup.”

“I can’t say how he will handle the July Course, though I don’t foresee that he should be particularly hindered by the contours.”

“[How he will handle the probable fast] ground is an interesting question – obviously we are still learning about this horse and he did handle soft ground well at Ascot earlier in the summer, but equally he won on faster ground at the Royal meeting so it is a bit of an unknown, we will just have to take what we are given.”

“As for the trip he obviously had the speed to win the Commonwealth Cup, though I have always felt he could stay further and until we know more about him I wouldn’t like to say for certain that six furlongs will be his optimum trip. The one thing that [his jockey] Jim Crowley said was that in his opinion the horse would improve and might well get faster with racing.”

“As I say, we are still learning about Eqtidaar so it is too early to make comparisons between him and Muhaarar. All I would say is that Muhaarar was a horse with a lot of speed and a real turn of foot which we have yet to see with Eqtidaar, but if he does quicken up with his racing then hopefully he will get up to that level in due course.”