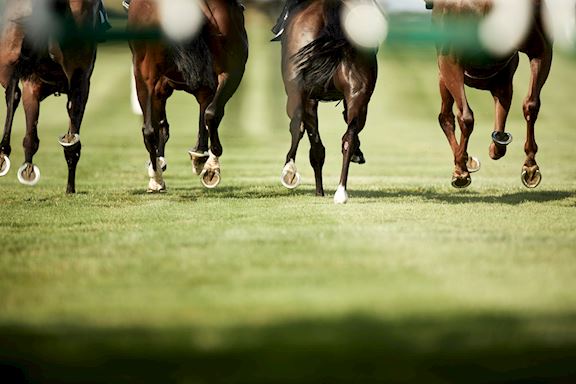 Expert Eye back on track for Darley Dewhurst Stakes

This seven furlong showpiece, widely regarded as the best two-year-old race run in Europe, has 45 colts and fillies still eligible for its £500,000 in prize money following yesterday’s (Tuesday) scratching stage.

Trained by Sir Michael Stoute, Expert Eye had been expected to put his unbeaten record on the line either in Ireland or at the Doncaster St Leger meeting following his easy four and a half length Goodwood success.

But a dirty scope scuppered those plans and led to a spell on the easy list. However, the son of Acclamation is now reported to be back in good health and a bid to give Stoute just his second Dewhurst success (following Ajdal’s victory way back in 1986) is in prospect.

Should Expert Eye make the Darley Dewhurst line-up, he is sure to face some classy opposition. Over half of his 44 potential rivals hail from Ireland, and the Irish Champion Trainer, Aidan O’Brien, is responsible for no less than 16 of them, spearheaded by the Group 1-winning filly, Happily; Gustav Klimt, who landed the Group 2 bet365 Superlative Stakes at Newmarket’s Moët and Chandon July Festival in striking style; and the recent Group 2 Champagne Stakes hero, Seahenge.

Yet the strength of the Irish challenge is not just about O’Brien. Jim Bolger could attempt to enhance his superb record of five Dewhurst victories in its last 11 runnings courtesy of his Group 1 National Stakes winner, Verbal Dexterity, while the Group 2 Railway Stakes winner, Beckford, trained by Gordon Elliott, is also entered.

The Roger Charlton-trained Herculean, who like Expert Eye carries the pink, white and green silks of his breeder, Prince Khalid Abduallah, is a possible dark horse following an easy debut success at Ascot, while more battle-hardened British entries include the Group 2 Coventry Stakes winner, Rajasinghe, and Cardsharp, successful in the Group 2 Arqana July Stakes.

“Expert Eye is in good shape now, he’s coming back. He did a little bit of work on Saturday, nothing too strenuous, and Michael (Stoute) seemed happy with him.”

“He’s got to progress and please us in the next few weeks if he is going to make the Darley Dewhurst.”

“Both his Vintage Stakes victory and his maiden win look like very solid form - I notice that Seahenge [the Vintage Stakes fifth] won a Group 2 last week and before that Barraquero, who was third in his maiden, also won a Group 2. But unfortunately you can’t throw the form book into the paddock!”

“Herculean won his maiden nicely at Ascot first time out and it rode like a decent race. He has come out of that pretty well but he is a big scopey horse and I don’t think Roger (Charlton) wants to do too much with him [this year].”

“We’ll just wait for the next ten days and see where we are going with him - he is also in the Racing Post Trophy. The type of horse that he is, we are very mindful about his three-year-old career.”