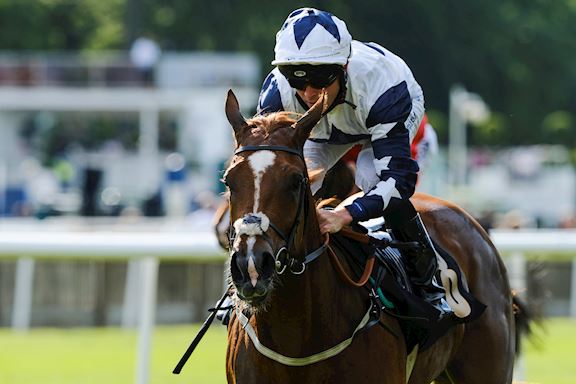 Ray Dawson on his life transformation, getting sober and why a car crash has given him the chance of a first Group One victory this Saturday

Jockey Ray Dawson insists he would not swap Zain Claudette for “anything” in the Juddmonte Cheveley Park Stakes and admits it would be “incredible” if he could continue his recent life transformation by securing a first Group One at Newmarket this Saturday (September 25th).

Having partnered more than 50 winners this year Dawson, who has publicly confessed to having a problem with drink and drugs in the past, will bid to add another high profile success to his CV by steering the Ismail Mohammed-trained filly to her biggest victory so far.

Life up until last year had been a rollercoaster for the 28 year old, failing to hold down a number of jobs with David O’Meara, John Quinn and Mick Appleby due to personal problems following his decision to leave Ireland just before he turned 22.

Had it not been for a car crash in Newmarket while under the influence of alcohol in May 2019, then the opportunity to ride Zain Claudette may never have happened, with Dawson claiming the incident helped change his wayward lifestyle.

Dawson explained: “I left Mick’s in the same manner how I left every yard and went to Jane Chapple-Hyam’s.

“People my whole life said to stay away from Newmarket but it was the best thing that ever happened. It was a rocky road but I had my licence with Jane.

“I then got drunk one night and crashed my car in Newmarket on May 4th 2019 and that was the last time I had a drink.

“Whatever it was about that night I thought, ‘I have to stop this as it is crazy’. That was the start of it and from then my career has taken off.

“I’ve put down the drink for good this time and got the proper help and continued to get the help. Once I could live a life without needing a drink on the weekends to deal with life I was able to give my career a proper shot.

“I’m trying not to think about the result on Saturday as if it doesn’t happen you don’t want to be too disappointed, but it would be incredible if it happened.

“I don’t mind talking about my back story but when I ride a winner I would like people to concentrate on the winner at that the time to help me move on.”

Dawson has plenty of people to thank for helping him get back on track, but arguably none more so than his partner, and mother to his daughter Lila, Abbie Wibrew, who he met at Chapple-Hyam’s.

However, he admits it was far from love at first sight from her perspective. He explained: “Abbie was a big part of why I got sober but she has done well to stick by me really. It was the start of a new chapter when I met her.

“I wasn’t going to go into work that day when she started her trial but a friend of mine rang me and said, ‘you better go in today as you’ve missed a few days’.

“I went in late and that is when I met her. I was keen on her but not so the other way round as she wouldn’t give me her name.

“She messaged me on Facebook asking if I had a pair of size four shoes she could borrow for evening stables. We then went on a date to the Thai Street Cafe in Newmarket.

“She didn’t think it was a date. She thought I was just being friendly but that is where we clicked really well.”

Away from track the support of loved ones may have helped Dawson return his life to normal, but much of his success in the saddle can be attributed to his agent Adam Brook as well as opportunities given to him by trainers Roger Varian and Robert Cowell.

He said: “Adam Brook, my agent, is amazing. He actually turned me down initially.

“I rang him as I needed a new agent. His lads were doing well and he was young and hungry as he wants to be at the top level. When I win big races now he is more excited than me.

“Fortunately enough he rang me a few months later and since day one we have clicked and get on well together. If it wasn’t for Adam I don’t think I would be where I am today. He is big part of the wheel that turns.

“Roger helped me out big time last year and so did Robert Cowell and they continue to support me, while TJ Kent was also good.

“When I rang Roger for the job I was up front and honest. He said, ‘I will give you a chance if you put the work in’ and he still gives me those chances like putting me up on talented fillies like Teona and Believe In Love.”

While feelings between Dawson and his partner may have been one way at first, as far as his relationship with Zain Claudette is concerned it was very much an instant attraction.

He said: “She went to Goodwood first time out and I was supposed to be banned. I was in a piece of work with her and I thought ‘what is that?’ as she left me for dust.

“I rang my agent and said we need to move my ban from Friday to Saturday but he said you can’t do that as it is a big day and I said we have to as there is a filly running which I think might be nice. The whole week I thought, ‘have I made the right decision?’

“I was looking at the price (Zain Cladette was returned at 25-1) and she kept drifting and I thought, ‘what have I done?’ but she only got beaten on the line by one of George Boughey’s called Hellomydarlin, which was heart-breaking but at least we knew she was nice.”

Defeat may have been the outcome for the daughter of No Nay Never on her debut but she has since underlined Dawson’s belief after landing the Group Three Princess Margaret Stakes at Ascot and the Group Two Lowther Stakes at York.

He said: “She went to Newmarket for a maiden and won that very comfortably and beat a nice horse called Dubai Jewel.

“She went to the Princess Margaret and I thought she had a bigger chance than most thought. She won even though I rode her wrong that day.

“All the hype was on Sandrine in the Lowther but I was thinking if we can get first run on her we will have the better of her. She went there that day and beat Sandrine by a length and she has got better since then.

“Going to the Cheveley Park with her on Saturday is weird as last season was what I describe as my first proper one riding and here I am just over a year later I’m now riding a horse that is near favourite for a Group One.”

Although acknowledging Zain Claudette will need to take another step forward to triumph at the top level, Dawson is confident she will secure victory in a Group One at some stage of her career, whether that is in the six furlong prize at the weekend or further down the line.

He added: “Zain Claudette’s form going into the race is unreal and I certainly wouldn’t swap her. Going into it I’m very excited.

“I think the Rowley Mile will suit her and that it won’t bother her at all. She is very balanced and you wouldn’t even notice her change her legs as she does it so quickly and the stiff finish there will suit her.

“We’ve worked her on the watered gallop and though it is a bit different she flies down it.

“No matter what happens on Saturday we know that she is good enough to be a Group One filly at some point next year which is great.” 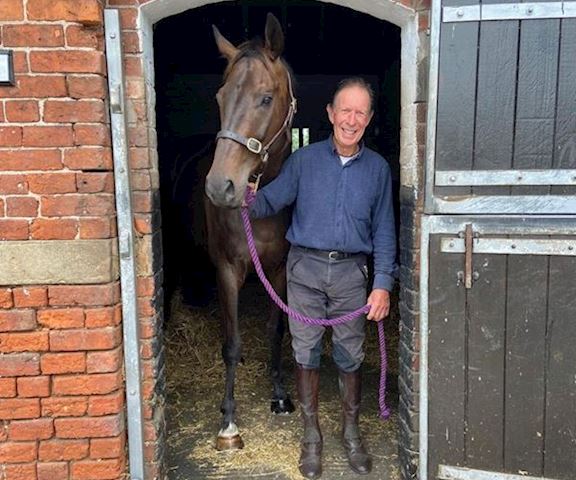