Ready to be inspired?

Our brand new Remarkable Jockeys comic tells the inspirational stories of some of British horseracing’s top stars. From adversity and perseverance to records and jubilation, all the action and emotion from the lives of 12 jockeys is packed inside.

Inspired by the likes of Spider-Man and The Incredible Hulk, the dozen jockeys have been given the comic treatment by Marvel artists and scriptwriters Neil Davies and Simon Furman.

Both Flat and Jump jockeys feature in the comic with their unique and remarkable tales to tell including:

• Army veteran Guy Disney, who became the first amputee jockey to win competitive races.
• Bryony Frost, who made history at in 2019 by becoming the first woman to win a Grade 1 Jumps race at the Cheltenham Festival.
• Frankie Dettori’s journey from Italy to become the most famous and well-decorated jockey of all-time. 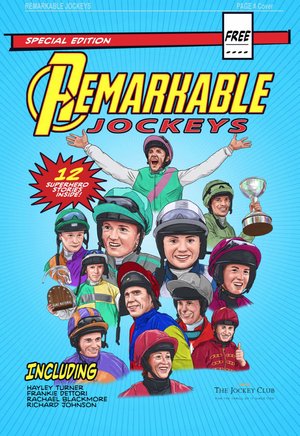 Simply complete the form with your details to claim your free ticket to a Jockey Club Racecourse in 2020.

Discover the 18-year old who had never sat on a horse before and became Champion Apprentice Flat Jockey or the Italian who became the most famous and well-decorated Jockey of all time,  Read about the Jockey that learnt to ride on a cattle farm and became the Champion Flat Jockey in the UK or the Jockey who is the quickest in history to ride 100 winners in a UK Flat racing season.

What makes these Jockeys

Who are these Jockeys that are remarkable?

Have you read about our magnificent racehorses?

Remarkable Jockeys follows Magnificent racehorses and is the second horseracing comic from The Jockey Club.

Magnificent Racehorse followed some of the greatest stories of British racing with its most iconic runners. The ten hero racehorses featured were selected from the results of our a poll where we asked you, which horses you wanted to be featured! Several thousand of you responded! 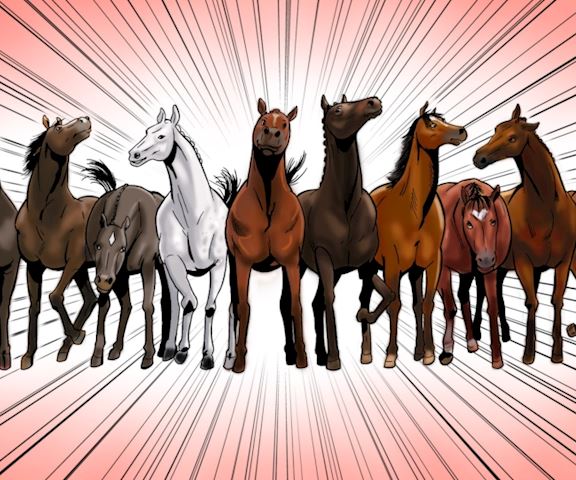 Equine stars immortalised in their own comic book, Magnificent Racehorses.