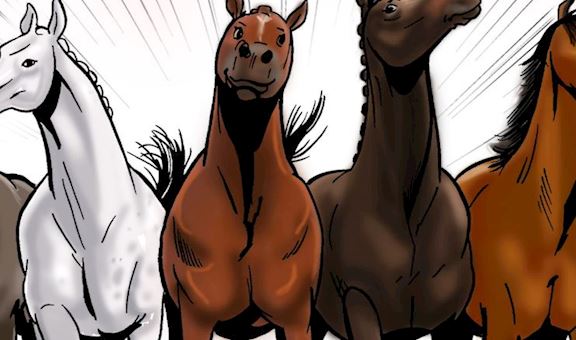 READ ALL ABOUT BRITAIN’S GREATEST EVER RACEHORSES

Red Rum, Frankel and Kauto Star have joined the likes of Spider-Man, Black Panther and Captain Marvel by being immortalised in their own comic book, Magnificent Racehorses, simply click on the cover to discover more!

Our Magnificent Racehorses comic tells some of the greatest stories of British racing with its most iconic runners given the superhero treatment by Marvel artists Martin Griffiths and Simon Furman.

The ten hero racehorses featured were selected from the results of our a poll where we asked you, which horses you wanted to be featured! Several thousand of you responded!

Look out for the appearance by Her Majesty The Queen, who is The Patron of The Jockey Club and has been a Champion Racehorse Owner twice as well as some surprise celebrity racing fans. 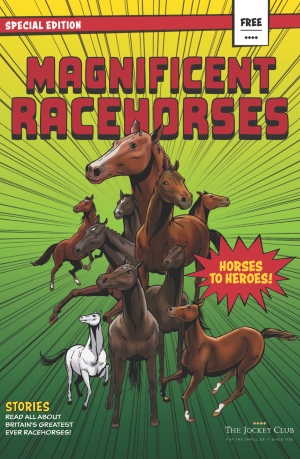