Jump jockeys expect their fair share of falls, broken bones and time on the sidelines. But for Noel Fehily the last month has been far more serious.

Now the 43-year-old has revealed for the first time the full extent of his battle back to fitness and how, only last week, he came within 40 minutes of missing the rest of the season after dramatically being rushed to hospital for a second time in a month.

Fehily feared he would be forced out of the Cheltenham Festival and Randox Health Grand National after suffering severe complications following an emergency appendix operation last month. 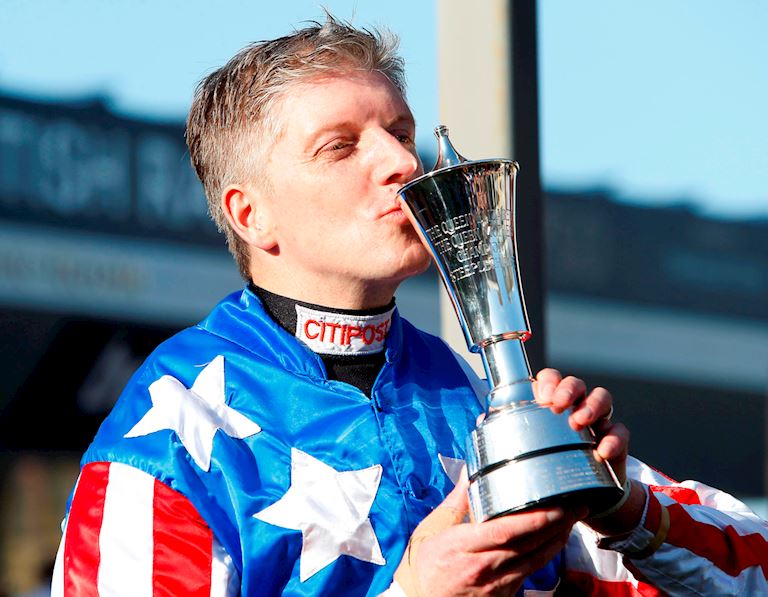 The reaction – due to a twisted gut - had left him in ‘horrendous agony’ and so frequently sick for three days that he lost a stone in weight.

Fehily had signed the consent papers for an operation at the hospital in Swindon and the surgeon was due to carry out the procedure 40 minutes later. Thankfully – and miraculously - the kink in his small intestine somehow loosened itself and the immediate danger passed. The operation had been delayed from earlier that morning because some medics had been unable to get to work due to the severe bad weather.

“I had a pretty lucky escape. If it wasn’t for the snow, that was the season gone - Cheltenham, Aintree the works,” he said.

Fehily said he agreed to the operation knowing its consequences because he had been in such pain and was desperate for respite.

“When the anaesthetist came and told me I was next up for surgery. I said, ‘Good. Do whatever you have to do’. I knew that I was looking at six weeks recovery and that the season would be gone, but I didn’t care. It was killing me.” 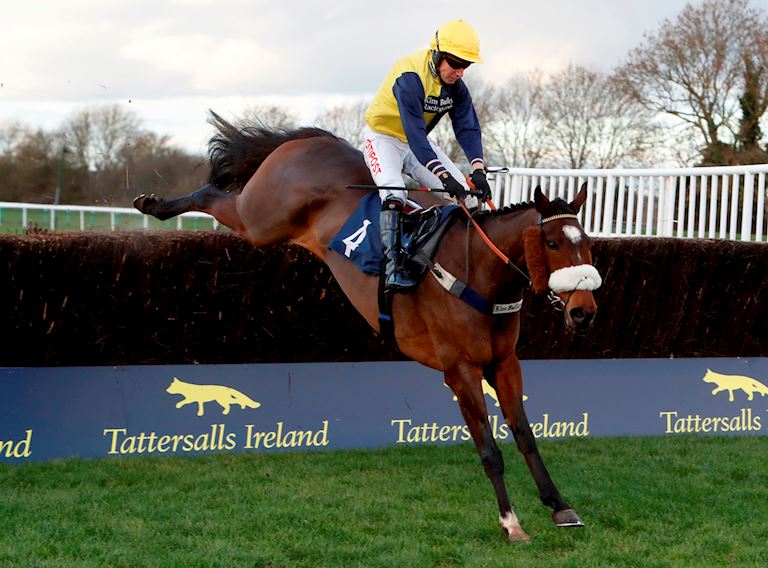 For a 43-year-old battle-hardened veteran like Fehily, that is some statement.

“As I was waiting I was still being sick and I kept asking for pain killers. They gave me a few different things. Then suddenly my gut started moving and it un-trapped itself. It just happened.”

Fehily had returned to the saddle only 13 days after having his appendix taken out on 12th January. He rode at Huntingdon on 25th January and at Cheltenham the following day, before again starting to feel unwell.

“On Sunday I was feeling flat. On Monday I was feeling really rough and didn’t get out of bed at all. Tuesday was worse, I was getting very ill. Tash (Natasha his wife) got hold of the surgeon’s number and she rang him at 9am. He said, ‘Come in at midday. I know exactly what is wrong’.

“He said when you remove the appendix the gut can get a stuck in the scar tissue. The kink stops everything going through and completely blocks the system. I had a tube up my nose and down into my stomach, nil by mouth, on a drip; they were draining everything back out. He said, ‘give it 24 hours and it should relieve itself’.

“Nothing happened except I was violently sick all night. I had nothing to be sick. The pain was horrendous at this stage. I was getting morphine.

“By Thursday night the surgeon said we are going to have to operate. He said he wouldn’t do it that night, but first thing in the morning. I was sick all night again. By Friday morning I couldn’t lift my head off the pillow. He came in at 7.20 am and said that looking how bad I was he felt really bad for not operating the previous evening.” That is when nature fortuitously kicked in.

“As soon as things started moving I was getting better,” continued Fehily.

“By lunchtime on Saturday they took me off the drip. I had not eaten since the previous weekend. I was 9 stone 7lbs at this stage. I could have ridden the Flat!”

He was discharged last Sunday. “I am feeling good and getting better every day. I am taking it steady, just eating soft foods. I won’t ride this week, more likely end of next week. I did ask the surgeon whether I had come back too quickly. He said no, it was just unfortunate. It doesn’t happen very often.”

STEADY AS HE GOES

Overall it has not been a great year for the popular Irishman who is regarded as one of the finest horsemen of his generation. Normally he would expect to ride 100 winners. This season his tally is only 33, in large part due to missing four months last summer after cracking a vertebrae at Punchestown in April. He will not rush his comeback.

“I am going to take it really steady and give myself every chance to recover. I went through hell last week. I just want to rest for a few days and let the body get over it and build the immune system up. 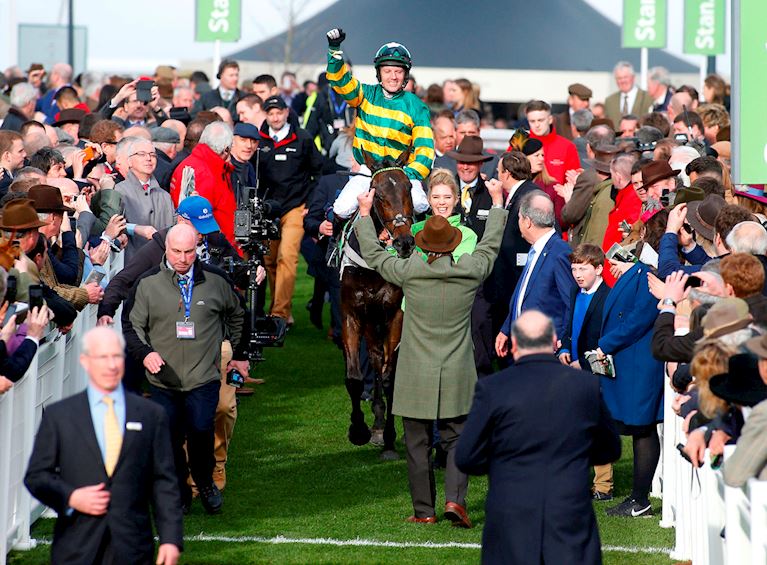 “If I started looking at the weekend entries I’d probably see something that I should come back and ride! I haven’t even looked.”

Cheltenham, though, is not far from his thoughts and the man who rode Buveur D’Air to his first Champion Hurdle in 2017 still hopes to find himself lining up against JP McManus’s star in this year’s race.

“It has been a strange year. When I came back in September the ground was like concrete. September, October and November were the slowest months ever. A lot of good horses haven’t had their chances this year really. Some horses going to Cheltenham probably haven’t really had their proper prep runs.

Whatever the outcome, Fehily knows he will count himself lucky to be a part of it.