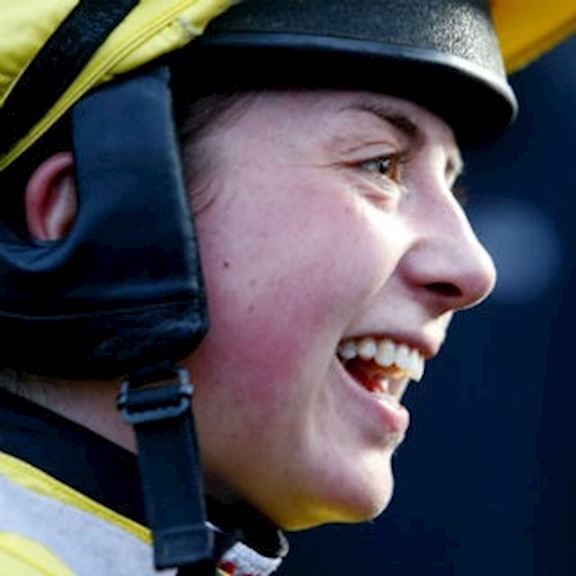 Bryony Frost forced to delay return to the saddle

Bryony Frost has revealed for the first time the full extent of the injury she sustained earlier this month, admitting she has had to delay her return to the saddle.

The Jockey Club Racecourses ambassador was unseated at Newton Abbot on 6th July when the saddle slipped on Billy My Boy. It was reported at the time that she had escaped with bad bruising. However, she has now revealed she suffered more serious internal injuries after a following horse stood on her abdomen.

Bryony, 23, said: “I went to Derriford Hospital from Newton Abbot after my fall on 6th July and I thought I’d be out the following morning and back riding. However, the CT Scan came back, and the damage was more serious than expected. “It showed as well as a fracture to the end of my sternum I had a small liver tear and bruising to my pancreas, none of which required surgery.

“I also had an unusual injury to the artery to my pancreas which had been damaged and started to swell causing a sac called an aneurysm. Fortunately this did not leak, which can be life threatening, and with rest it should heal without an operation.”

Rehabilitation Grade One-winning jockey Bryony will now have to wait a further two weeks before she can properly start her rehabilitation but has already set a target to return to the saddle.

Bryony said: “I’ve only been off for a fortnight and I’m already getting very restless! I must be patient as I want to be back 100% fit and ready. Just because I'm riding the horse, doesn't mean he has to carry me, it's my job to carry him home!

“All being well, I’ll be up at Oaksey House in Lambourn in two weeks’ time to start my rehabilitation, but I will need further scans in August before getting the all clear to start riding again.”

She went on to pay tribute to the treatment she has received since the fall and added: “I have had some brilliant support throughout the process. Everyone at Newton Abbot, the team at Derrisford Hospital, the PJA, Paul Nicholls and the team at Ditcheat, Neil King, Mick Channon, and Jerry Hill (the BHA’s Chief Medical Officer).

“Jerry in particular has been incredible - this was my first serious fall I’ve had as a professional jockey and he has been able to help me understand and respect the injuries I’ve had.