And while the festive season offers Premier League football action, Test match cricket in both Australia and South Africa and the World Darts Championship, Britain’s racecards will throw up just as many thrilling head-to-heads.

So, as sports fans eagerly start compiling their ‘must watch’ lists for Boxing Day, the one event at the very top of that schedule should be the 32Red King George VI Chase at Kempton Park 3.05pm.

Jump racing’s undisputed mid-winter highlight is guaranteed to serve up six of the most thrilling minutes of action this Christmas, no matter what your sporting preference.

A showcase for horses who are now household names, the race has given sport some of its greatest equine superstars in Kauto Star and Desert Orchid - who won it five and four times respectively – as well as Best Mate and Arkle.

This year promises to be one of the most fascinating renewals. It features two previous winners of the race in Thistlecrack and likely favourite Might Bite, two Cheltenham Gold Cup winners in Coneygree and Native River, a dual Betfair Chase winner in Bristol de Mai, and an up-and-coming chaser putting his unbeaten record on the line in Waiting Patiently. Politologue and the rest aren’t just making up the numbers either.

If that's not enough, there are sub-plots aplenty.

Might Bite is out to avenge his Cheltenham Gold Cup defeat at the hands of Native River under conditions that play more to his natural flair and exuberance than to his rival's grit and stamina. Coneygree and Thistlecrack are both bidding to confirm that their recent encouraging returns from long spells on the sidelines can be built upon, and Waiting Patiently is out to take his upwardly mobile profile to another level.

Then there’s Bristol De Mai's bid to move a massive leap closer to the £1m Jockey Club Chase Triple Crown, a prize that tests the top three-mile chasers over three very different courses and one which has so far eluded all bar Kauto Star, who won it in the winter of 2006-7.

They grey has already won the first leg - last month's Betfair Chase - and if he can add this week’s King George then victory in the Magners Cheltenham Gold Cup in March will secure the £1 million bonus. 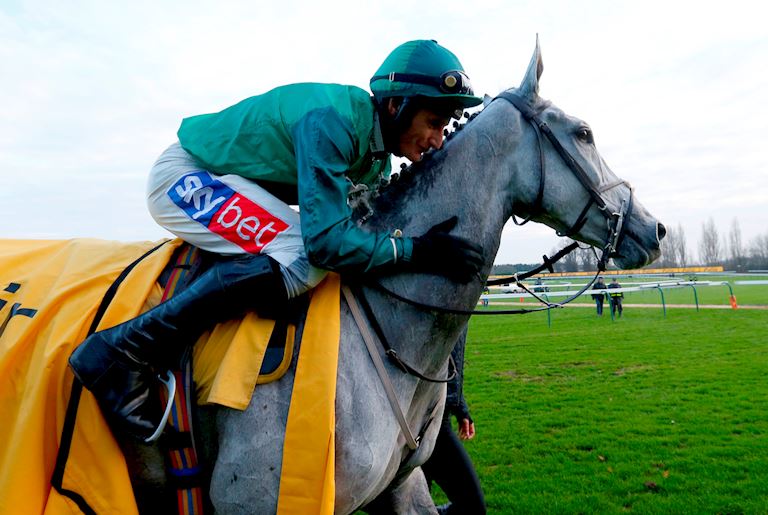 While the King George is undoubtedly your Boxing Day main course, there are some mouthwatering appetizers on the Kempton Park menu too.

Eight cards are staged on Boxing Day, four of them at Jockey Club racecourses with festive fixtures also taking place at Huntingdon, Market Rasen and Wincanton.

Nothing blows away the Christmas cobwebs quite like a day at your local track and the good news is that tickets are still available.

But if you are still enjoying the home comforts (and the remote control all to yourself), then make the King George and the rest of the day’s Jump racing part of your Boxing Day TV schedule.

The family will thank you for it.

** The 32Red King George VI Chase is one of five races shown live by ITV Racing on ITV1 on Boxing Day from 1pm, while every race from Kempton Park, Huntingdon, Market Rasen and Wincanton can be seen on Racing TV.