5 Things we learnt from this weekend

Saturday promised much but did it deliver? Here are our five things to take away.

We all love a record breaker, and Altior stands on the brink of breaking a record that has stood for well over 100 years after his bloodless defeat of two opponents in Ascot’s Matchbook Clarence House Chase, where he was apparently “lonely” in front but was never in the slightest danger.

Success on his next intended start in the Queen Mother Champion Chase, on day two of the Cheltenham Festival, would extend his winning streak in steeplechases to 13 and thus secure outright a record he now shares with Game Hen and Gangbridge, two horses who were plying their trade when Queen Victoria was on the throne!

It would also give him a share in the modern-day record of 18 successive jumps wins (hurdles and fences) currently held by Big Buck’s. That's another record few would bet against him holding outright by the end of the season.

As if that is not enough, if successful again in the Queen Mother - seemingly a near formality - it would also make it four successive wins at the Cheltenham Festival, and while that in itself will not be a record (Quevega won at six  Festivals) it happens rarely enough.

We are privileged to be able to enjoy him so regularly.

It was a shame Grand National winner One For Arthur unseated his rider again in the Peter Marsh Chase at Haydock Park, because nobody wants to see UU next to their fancy’s name when he is set to tackle the sport’s most daunting fences again at Aintree on April 6th.

The priority here was to get him round and see him finish his race off, and Derek Fox was in no hurry at all to get involved. However, while Fox had not yet got serious with him, he was still in rear when he completely misjudged the fourth-last.

The finish was a thriller, with plenty of chances approaching the last, and while One For Arthur failed to enhance his Aintree prospects the opposite can be said of Wakanda, who could bid to give Sue and Harvey Smith a second win in the Grand National. 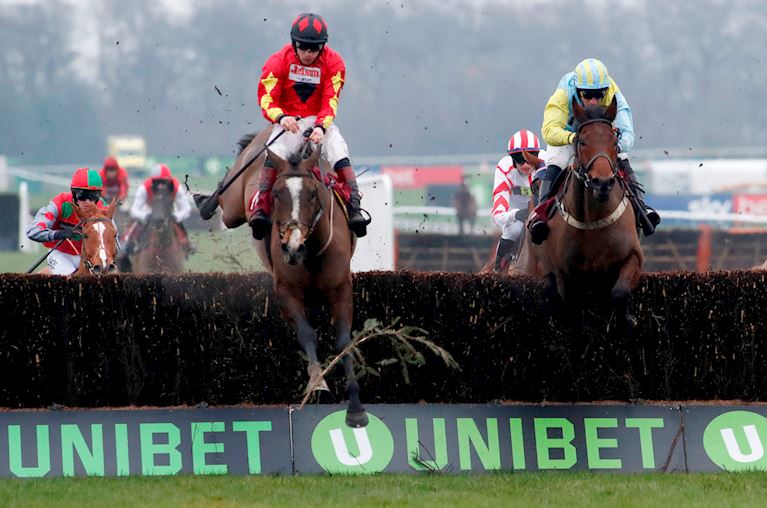 Wakanda will be a first-timer over those fences, but that didn’t stop the Smiths’ 66-1 chance Auroras Encore in 2013.

The New One had us on the edge of our seats every time he rattled up one of his four successive wins in Haydock’s Unibet Hurdle, so we missed him in Saturday's race.

It was far from dull, but it was already effectively a three-horse race when favourite Silver Streak hit the third-last hard and despite Global Citizen having pulled his way to the front with a full circuit to go he was not in serious danger over the last two flights.

Global Citizen is a strong traveller and is obviously very smart, but his form is all on flat tracks and it’s debatable if this was a relevant trial for the Unibet Champion Hurdle itself. 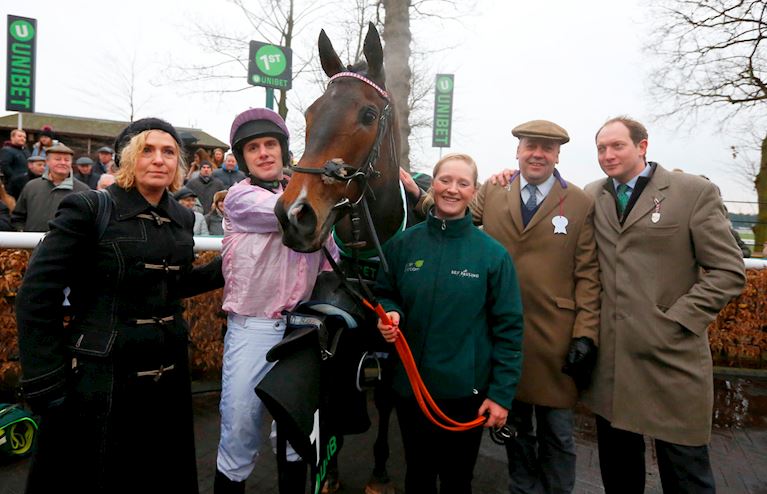 At 33-1 he is still not regarded an obvious threat to Buveur D’Air on March 12, but trainer Ben Pauling reckons the bookies have it wrong.

Nicky Henderson revealed on Friday that some of his team are “not quite right”, but with Altior and his Haydock Park Supreme Trial winner Mister Fisher headlining a haul of four wins from five runners on Saturday there doesn’t seem to be too much to worry about.

Indeed Saturday’s haul took Henderson to a new personal record for his fastest ever century.

Surprisingly perhaps, while Henderson is way ahead of his great rival Paul Nicholls (73) in terms of wins, he is still miles behind Dan Skelton (146) and lags £125,000 behind Nicholls in the trainers’ title, which is determined on prize money.

Henderson however is assembling a formidable Cheltenham Festival team, and Altior and Buveur D’Air are hot favourites in two of the four championship races.

We know whose name will be going on the trophy at the end of April.

Altior was the obvious draw at Ascot, but it’s a good bet that the horse many racegoers went home talking about was Cyrname, who was breathtaking in the bet365 Handicap Chase.

Competitive Saturday handicaps are not supposed to be won as this one was, for morning gamble Cyrname was soon a mile clear and put in an exhilarating display of precision jumping, showing a level of form in coming home 21 lengths clear that would give him every chance in the Ryanair Chase.

Afterwards it was explained that there had been a change in his routine at home and that the Paul Nicholls team had elected to “take the lid off him” by removing his hood.

If only we had known!