SCHOLFIELD BACK IN THE SADDLE AND HOPING FOR A GREAT SATURDAY

The fear of missing out plays on every one of us to a degree, and where jump jockeys are concerned it inevitably peaks in the weeks leading up to The Festival™, presented by Magners.

Nick Scholfield is therefore hugely relieved to be returning to the saddle barely three weeks after fracturing a leg in an accident during training, and especially pleased that he’s booked to ride old friend San Benedeto in the feature Greatwood Gold Cup at Newbury, a race he has won twice before. 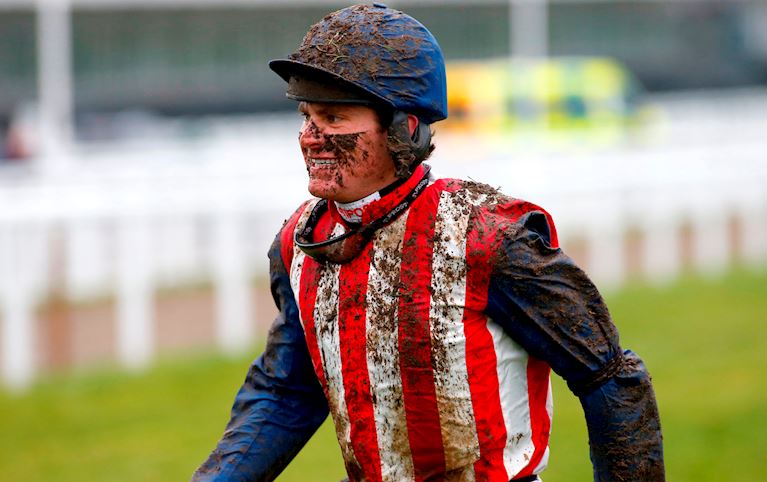 It’s rare to come across a handicap that has been farmed as successfully by one trainer as the Greatwood, but Paul Nicholls - who also saddles Warriors Tale and Dolos - has won it no fewer than eight times since it was first run in 2004. Any one of his runners is capable of making it nine.

Scholfield has been desperate to get back to work and admitted: “I sustained a small fracture to a leg at home and I don’t enjoy being on the sidelines. I was very eager to get back in good time for Cheltenham and I’m really looking forward to this.”

He added: “San Benedeto is a horse I’ve won on three times and he gave me one of my four Grade 1 wins, at Aintree when he was a novice. I rode my first winner at Newbury too so it’s good to be coming back here.”

Warriors Tale, the mount of Noel Fehily, remains a possible for Cheltenham’s Ultima Handicap Chase on March 12, and beyond that a crack at the Randox Health Grand National at Aintree on April 6, a race his owner Trevor Hemmings has already won with Hedgehunter, Ballabriggs and Many Clouds.

He didn’t have a lot of luck in last year’s National but won the shorter Grand Sefton Chase over the same fences in December and has been out of the first two only once in six starts at Newbury.

GRAND NATIONAL CLUES APLENTY AS VETERANS TAKE TO THE STAGE

Racing remains as divided as ever on many issues, but if there’s one innovation for which nobody has a bad word it is veterans’ chases.

Newbury’s is a cracker and could provide valuable clues for the Randox Health Grand National, as the market is headed by Abolitionist, who was bought by National winner Pineau De Re’s trainer Dr Richard Newland specifically for the race, and The Last Samuri, who was second to Rule The World in the 2016 National and has been placed twice over the fences since. 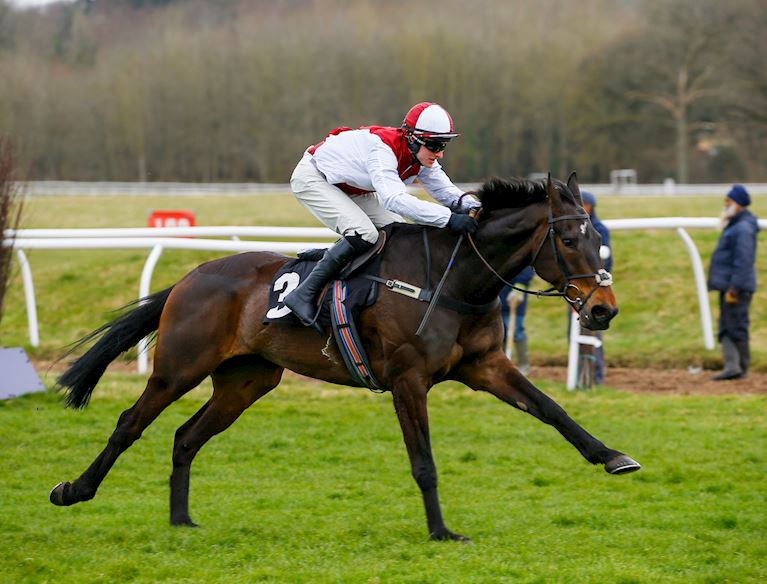 Joe Farrell, who hasn’t run since winning last year’s Scottish National, and Ziga Boy, another returning from a long absence, are among others who hold entries for the National, so this is well worth watching closely.

BIGGEST PRIZE OF THE DAY COULD BE ONE FOR ARTHUR

Kelso also stages a Randox Health Grand National trial, and this one has attracted Scotland’s most famous chaser, the 2017 Aintree hero One For Arthur.

The Belhaven Brewery Premier Chase is the most valuable race of the day, but it is probably not a race One For Arthur would have been running in had things gone better since his return. This after all is Plan C for the ten-year-old, who missed a whole season with a tendon injury and hasn’t completed since.

Plan A got no further than the third fence of Aintree’s easier Mildmay course, then Plan B ended similarly at Haydock, albeit much later in the race. Winning at Kelso would be a bonus for One For Arthur, who is among the outsiders this year at Aintree and badly needs a safe round as a confidence booster.

This then looks a great opportunity for Jockey Club ambassador Bryony Frost and her old pal Black Corton to get back in the winner’s enclosure. They’ve found it tough this season, but three seconds from four starts confirm the ability is all there still, and this is easily their best chance.

CLASSY NOVICE COULD BE ONE TO TREASURE FOR BAILEY

Doncaster, which shares Saturday’s terrestrial coverage on ITV with Newbury, features the valuable Grimthorpe Chase, in which the weights are headed by Kim Bailey’s classy novice Rocky’s Treasure.

The eight-year-old, who remains a possible for Cheltenham’s Ultima Handicap Chase, failed to run his race behind OK Corral at Warwick last time but was an easy course and distance winner before that and has a clear chance on his best form.

Alan King’s Dingo Dollar is possibly the main danger in a smaller field than usual.

Huntingdon’s feature event on Sunday is another National, the Cambridgeshire National Handicap Chase, run over 25 fences and just short of four miles.

Amiral Collonges deserves to win one of these, having been second twice in the Lincolnshire National at Market Rasen, and Jonjo O’Neill Junior’s 5lb claim will be a big asset over this extreme distance.

Dad had shocking luck in the National and never won it. There’s plenty of time still for junior, and races like this are great experience for him.