The world record was there for the taking, but Sandown Park’s Bet365 Oaksey Chase was still a horse race, so anything could happen.

Altior still had to perform somewhere near his brilliant best to guarantee success against rivals who included Sceau Royal, the course and distance Grade 1 winner who had led him over the last at the Festival™ Presented by Magners, and veteran God’s Own, a top level performer in his own right.

It’s becoming increasingly clear that two miles is very much on the sharp side for Altior nowadays, and this wasn’t his best form. But to the delight of the crowds who had flocked to the Bet365 Jump Finale on a cold and blustery day, he found all that was needed and a little bit more to moved one ahead of the great Big Buck’s with 19 successive jumps wins on the board.

When Altior returns in the autumn we can look forward to seeing him try three miles at Kempton Park on Boxing Day in the 32Red King George VI Chase. If all goes to plan that day he will meet Cyrname, the Paul Nicholls seven-year-old who has come from relative obscurity to head him by 3lb in the BHA’s official assessment of the top chasers, on a mark of 178.

New challenges present new dangers, and Cyrname has youth on his side as well as abundant talent. One thing is certain though. When the pair finally do meet it will be worth the wait. 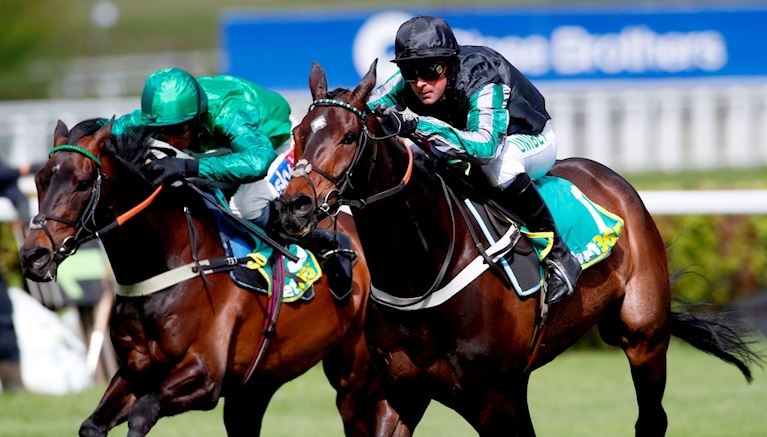 The party started early at Sandown Park on Saturday, with the traditional parade of some of the sport’s most popular horses - some retired, some still active - followed by the coronation of the season’s champions.

Paul Nicholls won his 11th trainers’ championship, which is decided on prize money, by just short of £400,000 from rival Nicky Henderson, who had started the season a strong favourite for the honour.

The pair of them dominated the season, despite the best efforts of rising force Dan Skelton, and both enjoyed significant doubles on the day. Nicholls taking the first two races with Getaway Trump and Black Corton, and Henderson having the last word on the season by following Altior’s success with a battling win from Colonial Dreams in the very last race.

Nicholls, who saddled his 3,000th winner earlier in April, now has one eye on Martin Pipe’s record of 15 titles, but Henderson will be keener than ever to win the trophy back and if Skelton can unearth two or three more Grade 1 horses he will be a very serious threat to them both.

Perhaps the trainers’ title has been a two-horse race for long enough.

Richard Johnson has been unbeatable in the Stobart Jump Jockeys’ Championship since Sir AP McCoy retired. Having finished second 16 times he is now a four-time champion himself - and for context that’s once more than the brilliant Richard Dunwoody.

The jump jockeys’ title is determined on the number of winners in a season, and Johnson ended on exactly 200 - his second double century and 22 ahead of Harry Skelton, who had set a brisk early pace and was coming back again at the finish.

Interestingly, Harry Cobden would have shaded it if the prize was settled on prize money. For his 109 winners, which included King George VI hero Clan Des Obeaux and RSA winner Topofthegame as well as Cyrname, earned £43,000 more than Johnson’s 200.

Johnson’s appetite for winners shows no sign of diminishing, but Skelton and Cobden will push him even harder in the new season.

FROST RECEPTION ONE OF THE HIGHLIGHTS OF JUMP FINALE

Talkischeap’s easy victory in what had looked a fiercely competitive Bet365 Gold Cup was a season highlight for both Alan King and Wayne Hutchinson and a popular one with many at Sandown.

But it’s doubtful if any of Saturday’s winners received a warmer reception than Black Corton and Jockey Club Racecourses Ambassador Bryony Frost, who were cheered all the way back up the famous rhododendron walk and into the winners’ enclosure.

Black Corton was a popular winner with punters of course. Trainer Nicholls had been adamant that this was the race for the eight-year-old and made him his best chance of the day. 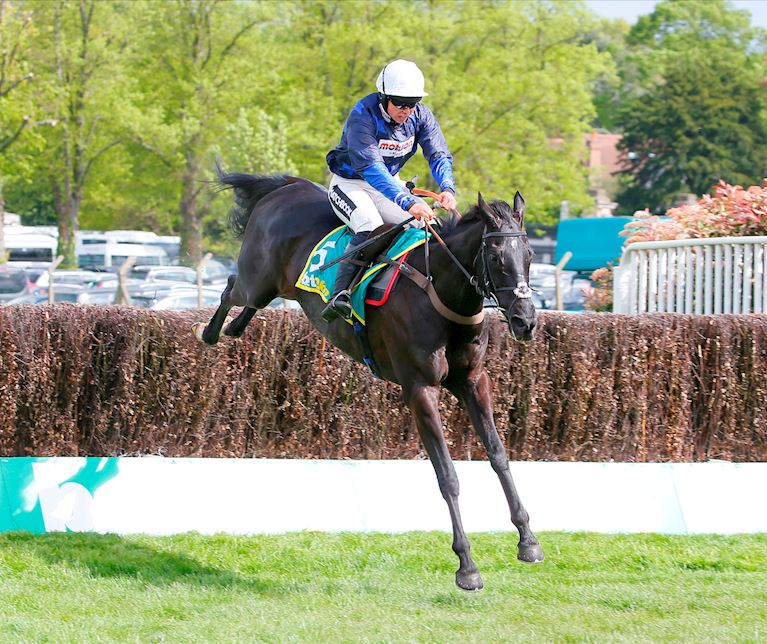 However, the cheers were as much for his rider, who was making a winning return from the broken collarbone which ruled her out of the Rando Health Grand National, and in the process notching up her 50th win of the season and her first at Sandown Park. And all on the day that she was crowned champion conditional jockey.

When Frost rides a winner she never fails to remind us that it’s all about the horse. But racing needs its personalities too and her unbridled enthusiasm, a natural way with words and her skill in the saddle she is a breath of fresh air.

Altior may have been the headline horse of the day, but Frost rightly shared the limelight.

The champion owner is often somewhat overlooked when the season’s awards are handed out, but we should take our hats off to JP McManus, one of the few constants in an ever-changing world.

McManus, who received his trophy from Nick Hewer, of Countdown and The Apprentice fame, had another fantastic season. His stable stars Buveur D’Air, Champ, Defi Du Seuil and Espoir D’Allen were among 94 British winners sent out in the famous yellow and green hoops, on top of which there have been another 114 in Ireland.

Michael O’Leary’s Gigginstown House Stud might be top dog in Ireland for now, but it’s a measure of JP’s standing over here that his winners earned almost exactly twice as much as those of his nearest rival, the Simon Munir and Isaac Souede partnership.

Rich men come and go, but JP has been part of the sport’s fabric for more than 40 years.