A day for Champions and breaking records

This weekend we salute the Jumps season's champions and a very special horse takes centre stage.

No plans for Saturday? Get along to Sandown Park to see the magnificent Altior make history on Bet365 Jump Finale.

It's always party time at Sandown's last day of the Jump campaign and it would be among the best days of the season even without Altior. But a golden opportunity for the dual Queen Mother Champion Chase winner to claim a world record 19th consecutive victory in the Grade 1 Bet365 Celebration Chase adds a whole extra level to the attraction. 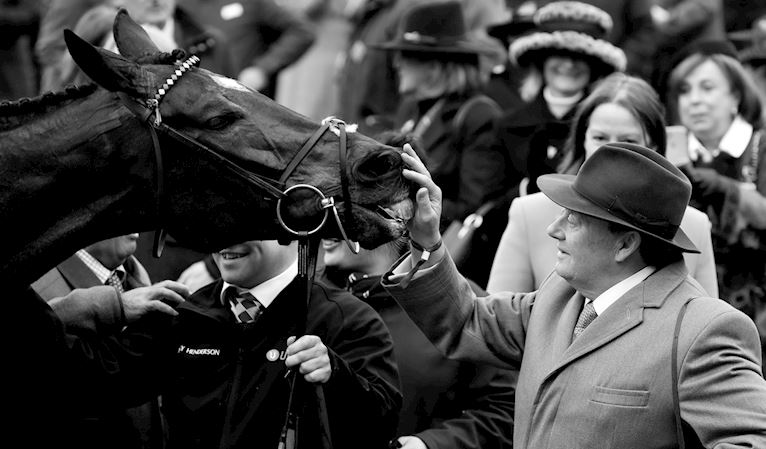 When Altior won last month for the fourth successive year at The Festival™ presented by Magners he equalled the record for most consecutive wins over jumps with an 18th straight success - equalling the Paul Nicholls great Big Buck's, who ran up his sequence in long distance hurdles after a short-lived career over fences.

Altior won all of his five races over hurdles, culminating with an impressive Sky Bet Supreme Novices' Hurdle victory over Min in 2016, and after a seamless transition to chasing he has extended his winning spree with 13 chases. He's so good that Nicky Henderson believes he would even have been Group-class on the Flat, but we will never know now.

With Cyrname an absentee this ought to be little more than a lap of honour for Altior. Fingers crossed then that nothing goes wrong.

STEP FORWARD IF YOU WANT TO SEE STEP BACK

The Bet365 Gold Cup is one of the spectacles of the jumping season and this will be no exception, with a maximum field of 20 set to go to post.

Seeing so many of our favourite staying chasers jump Sandown's iconic row of seven fences down the far side will be a sight to behold and, despite the long distance, this is a race that over the years has climaxed in some of the finishes of the season.

Last year's winner Step Back returns after leading the Randox Health Grand National field for much of the way, and with a tongue-tie fitted for the first time he's been the gamble of the week. Festival winner Beware The Bear and last year's Scottish National hero Joe Farrell are among the other favourites in action, but this also looks like being an unexpected opportunity to see Jockey Club Racecourses Ambassador Bryony Frost return from the injury that ruled her out of Aintree.

Bryony has been the star of the season for many, attracting plenty of new fans to the sport with an infectious passion that has lit up some of the biggest days of the winter, not least when her success on Frodon in the Ryanair Chase elevated what is traditionally the quietest day of the Festival to one of the most memorable in years.

She is set to return on another of her great favourites, Present Man, and we can expect the pair to put on a bold show towards the head of affairs. 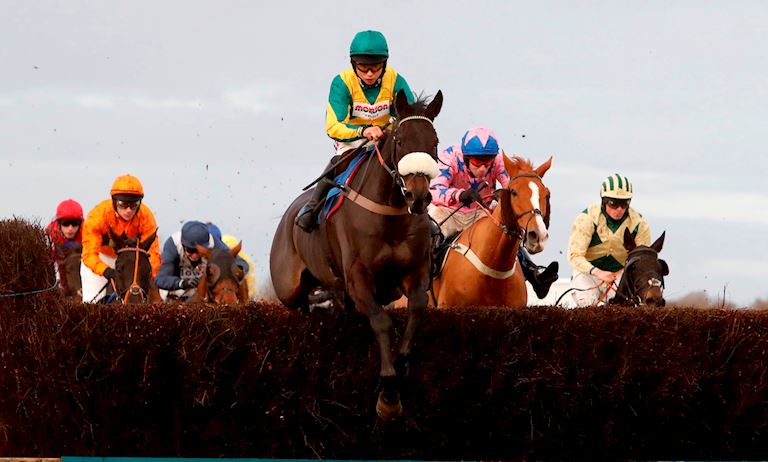 A DAY FOR CHAMPIONS AS THE SEASON’S BEST ARE CROWNED

It's particularly apt that Bryony returns to action here, as she is one of the four champions who will be crowned before racing. Despite missing the latter part of the season she goes into the final day of the competition on 49 wins, well clear of last year's winner James Bowen in the race to be Stobart Conditional Jockeys Champion.

Richard Johnson will be crowned Stobart Jump Jockeys Champion for a fourth successive season, and there will be an 11th trainers' title for Paul Nicholls. JP McManus will be crowned champion owner.

A little earlier, at 12.40pm, there will be a parade of champion racehorses, and among those on show will be the 2015 Cheltenham Gold Cup winner Coneygree, who was retired at Ascot in February.

These parades are always worth seeing, so don't be late.

NICHOLLS AND HENDERSON GO HEAD TO HEAD AGAIN FOR THE OAKSEY

The seven-race card at Sandown Park is a cracker from start to finish, with a perfect blend of conditions races and competitive handicaps.

Cyrname has not been declared for the Bet365 Oaksey Chase either, but while it would have been good to have had another look at our highest-rated chaser it's a much more open race in his absence, with Bryony's mount Black Corton in a field of eight that includes stablemate San Benedeto, Charbel and Definitly Red.

All five runnings of the Bet365 Select Hurdle have been won by runners from the Henderson or Nicholls stables, and both are well represented again. Henderson runs Thomas Campbell, On The Blind Side and With Discretion, who is unbeaten over hurdles but has been off almost exactly a year.

Nicholls relies upon Old Guard, who is tried in blinkers on his third appearance in the race. Both he and Black Corton race for a partnership that includes Jeremy Kyle.

Racegoers at Haydock Park's 'Summer Saturday' season opener are in for an unscheduled treat as Karl Burke plans to give five-time Group 1 winner Laurens a racecourse gallop in preparation for next month's Lockinge Stakes.

Laurens was an absolute star for the stable last year and Karl says she looks a much stronger filly now, having really grown and filled out. She will not need to have improved much to have a serious chance in the Newbury Group 1 on May 18.

Haydock has a Saturday meeting every two or three weeks through the summer, and there are plenty of runners on a seven-race card.

None of them will have a greater following than the evergreen Gabrial, who chased home Frankel and Farrh in the 2012 Goodwood's Sussex Stakes in his heyday and showed enough in his recent Listed third at Doncaster to suggest he can still be competitive in the £32,500 Betway Edge Green Handicap.