It is a busy weekend for our colleagues at our racecourses. Graham Dench takes a look at what's on offer.

FUN FOR ALL THE FAMILY AS RACING CELEBRATES EASTER IN STYLE

This is traditionally the busiest weekend of the year and there is a feast of sport offering something for everybody. With glorious weather promised it’s definitely a day to get out and enjoy it.

If the racing isn’t attraction enough this is very much a family day at Jockey Club racecourses all over the country. Haydock Park, for instance, is laying on a full day of on-stage entertainment, with performances from fire-eaters, illusionists, jugglers, contortionists and unicyclists, all hosted by a ringmaster who will be playing the greatest show tunes between performances.

There is also a circus workshop, giant inflatables and craft tables, plus face-painters a carousel and a ferris wheel, but it’s the sport that will be main the attraction for adults.

At Haydock it’s Finals day in the highly successful Challenger Series, which is now into its fourth year and stages six £50,000 handicaps - over both hurdles and fences, and over a broad range of distances.

This is a series created to offer worthwhile end-of-term rewards for established jumpers who are not quite up to being competitive at Cheltenham or Aintree, yet are thoroughly deserving of a crack at a decent pot, and the concept is working well. So well in fact that it has been expanded since starting with five finals.

Qualifying is easy - horses just have to finish in the first eight in any of the many qualifiers dotted around the country through the season - but winners of qualifiers who go on to win a final in the same category are eligible for a whopping £50,000 bonus.

Harry Whittington’s Court Liability, who runs in the Challenger Stayers Hurdle Final (3.15pm), won a qualifier at Musselburgh so is among those eligible for the bonus, or at least a share of it. Harry is hopeful too, arguing that Court Liability is still well handicapped and that we can draw a line through his last run as he hated the ground.

The stable’s Emerging Force was clear when unseating at the final hurdle in the corresponding race three years ago, so Whittington might feel he is owed one.

All six finals are highly competitive affairs, fields having held up well despite the drying ground, and Champion Hurdle winning trainer Gavin Cromwell adds to the interest by sending Aasleagh Dawn, Ming Dynasty, Biddy The Boss and A Place Apart across from Ireland.

It promises to be a great day.

STARS OUT IN FORCE FOR EASTER Saturday AT KEMPTON

Kempton Park’s Easter Saturday fixture has always been a popular one, and many of the biggest names in the Flat racing will be in action here, with reigning champion jockey Silvestre De Sousa joined by former champions Ryan Moore and Jamie Spencer, plus rising star Oisin Murphy and international veteran Gerald Mosse.

There is a wide variety of family entertainment here too, complementing an excellent afternoon’s racing on the course’s all-weather track.

The feature event here is the £50,000 Racing TV Snowdrop Fillies’ Stakes, in which the stand-out form is held by Group 3 winner Anna Nerium, who started last season with a stylish win in Newmarket’s Free Handicap and is a great favourite of her jockey Tom Marquand.

However, she has to prove herself on the Polytrack surface, as have Royal Ascot winner Agrotera and Saint-Cloud Listed winner Shepherd Market, and they face some up-and-coming all-weather specialists, including Contrive, whose trainer Roger Varian has the new QIPCO 1000 Guineas favourite Qabala, and Tiger Eye.

Five of the supporting events are £25,000 affairs, and the concluding Racing TV Queen’s Prize Handicap is a race with a long and distinguished history.

Cayirli bids to repeat last year’s 50-1 win and is still well treated, but this could be another good opportunity for the remarkable What A Welcome, who has gained a big fan club in winning eight of his last nine races. This is his toughest task yet, but he might not have finished improving.

If Flat is your thing we are also racing at Nottingham on Saturday.

A HOLE LOT OF FAMILY FUN AT CARLISLE TOO

Family fun, complete with climbing wall and crazy golf, is a theme at Carlisle on Saturday too, where the seven-race card is the last at the course over jumps until the autumn.

One or two of the field sizes have been hit by the drying ground, but at least the winners ought to be easier to find.

In the feature novices’ handicap chase the lack of runners is compensated for by quality in the shape of Peppay Le Pugh and Wishfull Dreamer, and in two other races there are challengers from Northern Ireland trained by Liam Lennon.

SKELTON OUT TO PROVE 200 WINNERS IS NO PIPE DREAM

At Market Rasen on Sunday it’s Beer & BBQ day, with Lincoln’s Ferry Ales Brewery supplying the liquid accompaniment to live music from The Moonshiners. It’s a decent card, and racegoers should enjoy perfect weather for the occasion.

Dan Skelton starts the weekend with a score of 194 and is on the brink of becoming the first trainer since Martin Pipe to saddle 200 winners in a season - an astonishing feat for someone who started as recently as 2013-14 with just 27 winners and is operating in an increasingly competitive field.

Skelton has so many entries before next Saturday’s end of season finale at Sandown Park that it is almost inconceivable that he will fail to achieve the double century - last achieved way back in 2001-02 - and if it is to happen this weekend there is a good chance it will be here, where his brother Harry is booked to ride a host of leading chances, including Present Ranger, Mabela, Gortroe Joe and Zamparelli.

The stable’s seasonal total has increased significantly season on season, and if it increases at the same rate next season the Pipe record of 243 would mathematically be under threat. You would not expect Skelton to nominate it publicly as a target, but he is hugely ambitious and he will be looking for a new goal.

Easter Monday is another big day for racing and, while Huntingdon’s the Irish Grand National card at Fairyhouse inevitably takes centre stage, there is racing all around the country.

Huntingdon, another track in the Jockey Club Racecourses portfolio, is one of six domestic meetings and it looks as if the Skeltons will be out in force here too.

Wherever you go this weekend, have fun. 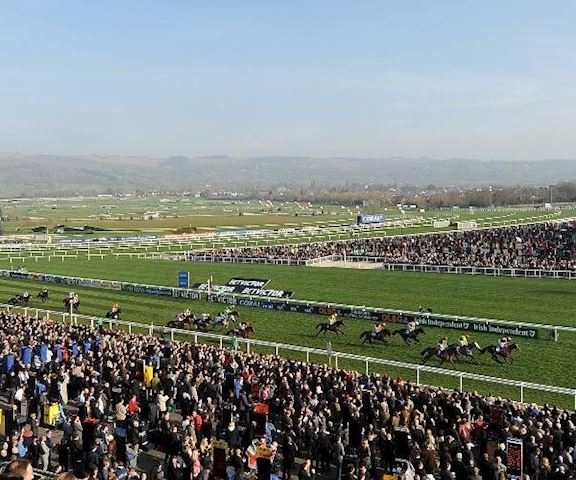