ENABLE READY TO LIGHT UP THE ESHER CROWD

At last. After two false starts John Gosden is finally ready to take the wraps off the brilliant Enable, the winner of 10 of her 11 starts and more than £8m.

If we were disappointed by her absence at Epsom and Royal Ascot, their loss is very much Sandown Park’s gain, for the Coral-Eclipse Stakes looks an absolute cracker.

Many of modern racing’s biggest names adorn the winners’ board here - from Mill Reef, and Brigadier Gerard in the 1970s through greats like Dancing Brave, Nashwan, Sea The Stars and Golden Horn to Roaring Lion, winner of an epic battle just 12 months ago - and as a seven-time Group 1 winner and dual Prix de l'Arc de Triomphe heroine Enable would be a more than worthy addition to that distinguished list. 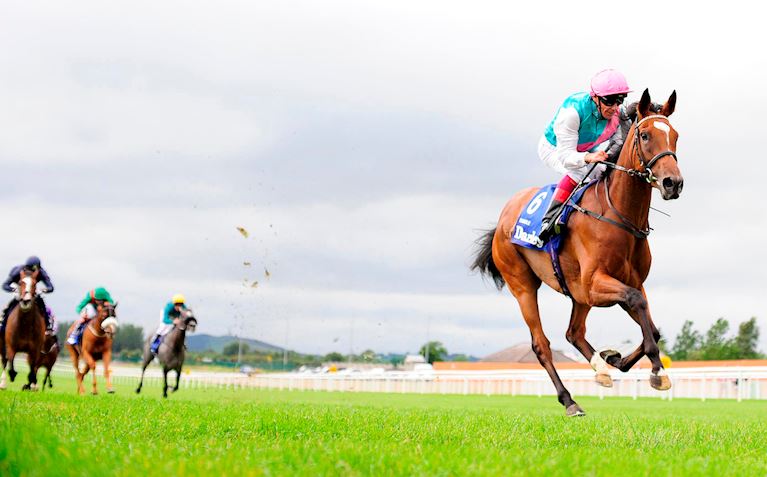 She was well worth waiting for last year, when her season started even later, and although her entire campaign is being geared towards making her the first horse in history to
win the Arc three times she is evidently showing all the right signs at home, where she and Frankie Dettori have been getting to know each other again on a regular basis.

It’s true that Enable hasn’t run over the Eclipse distance of a mile and a quarter since meeting her sole defeat at Newbury more than two years ago, but she is a different horse now. Sandown Park’s long uphill straight will allow her plenty of time to hit top gear, and when she does she’s pretty much unstoppable.

The Eclipse traditionally provides the first opportunity to measure the cream of the current Classic crop against the best of their elders, but on this occasion Dante winner Telecaster is the race’s only three-year-old representative.

Telecaster just didn’t give his running in the Derby, since when he has been freshened up, but the main danger on paper is Magical, another top-class filly who was beaten only
three-quarters of a length by Enable in the Breeders’ Cup Turf at Churchill Downs in November and so must not be underestimated.

A word of warning though. Since the Eclipse’s inception in 1886 as the sport’s richest race, with prize money of £10,000, Sandown Park’s summer highlight has been won by just two
fillies, the last of them back in 1992.

It might well be long-odds-on that either Enable or Magical will carry off the lion’s share of the modern-day £750,000 prize pot and make it three female winners, but Mustashry, Regal Reality and Zabeel Prince all need respecting too.

DETTORI AND WELD TEAM UP ON CLASSY SUPPORTING CARD

Sandown Park offers classy racing from start to finish, and if that’s not enough there’s also lots of entertainment off the track, including an after racing party hosted by Radio
1 DJ's Rickie & Melvin.

The action kicks off with the five-furlong Coral Charge, the Group 3 won by the brilliantly fast Battaash two years ago as he rocketed through the ranks.

Bataash’s trainer Charlie Hills has another likely type in Garrus, who was inherited recently on Jeremy Noseda’s retirement, but a stiff five furlongs on fast ground looks just the ticket for the talented-but-tricky Aidan O’Brien challenger Sergei Prokofiev, who Ryan Moore will aim to deliver as late as possible. 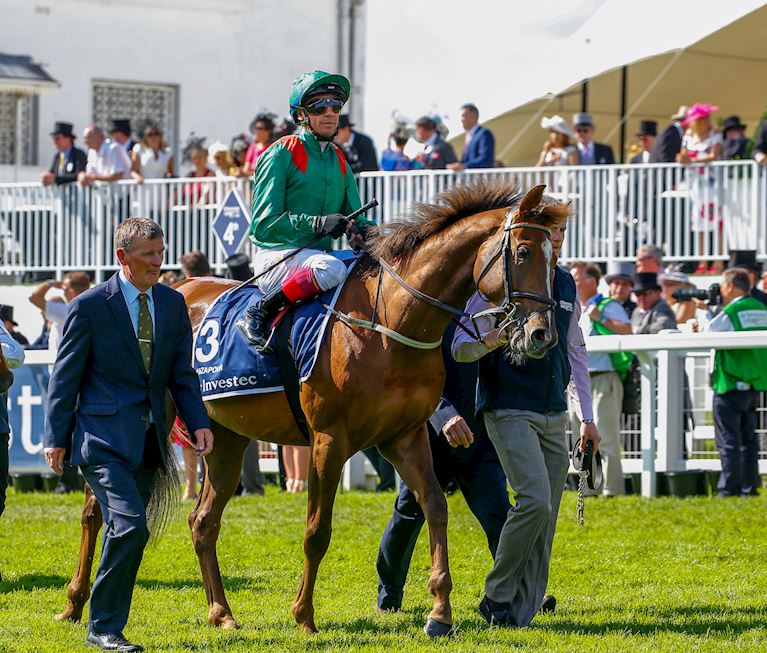 Moore, who is also on Magical, has another leading chance on Qaroun in the £75,000 Coral Challenge Handicap, but David Menuisier fancies his chances with dual course and distance winner History Writer, and this is a drop in class for Godolphin top weight Key Victory.

There are also Listed races over 1m and 2m, the latter attracting a rare runner at the course from leading Irish trainer Dermot Weld. The pioneering Weld, who was the first
European trainer to win the Melbourne Cup, has booked Frankie Dettori for Falcon Eight.

We should probably take the hint.

It’s one of Haydock Park’s biggest days of Flat racing too, with two £100,000 handicaps and a Group 2 for fillies’ worth very nearly as much.

Mark Johnston dominates the third running of the 1m6f bet365 Handicap, as he trains four of the seven
runners. Johnston loves these races and saddled both first and second 12 months ago. He might do even better this time.

Johnston also won the historic bet365 Old Newton Cup last year, with Rainbow Rebel - his third win in the race in six years - and his Aquarium and Charles Kingsley are both live
chances in an open market headed by First Eleven and Al Muffrih. 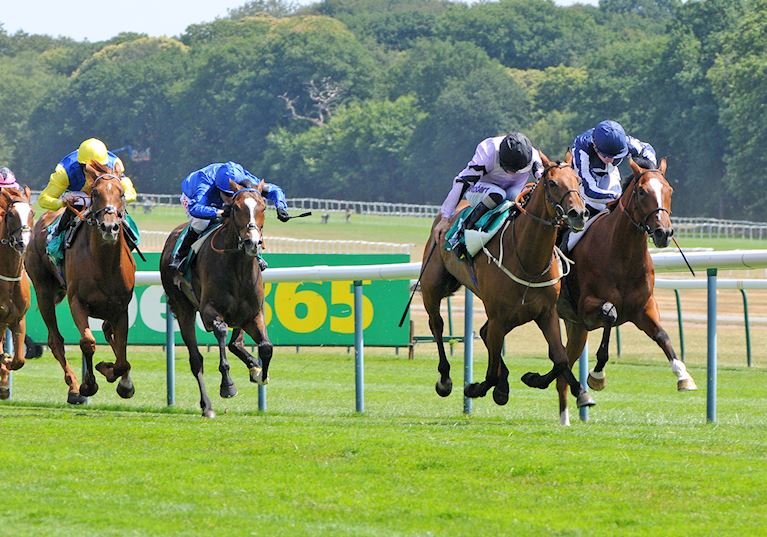 He has Nyaleti in the bet365 Lancashire Oaks, but she has stamina to prove and bookmakers reckon it’s between the John Gosden pairing of Enbihaar and Highgarden and the William Haggas duo of Dramatic Queen and Klassique.

title-chasers and sigala descend on carlisle

There is evening racing at Carlisle and Nottingham, and both tracks are offering much more than racing.

At Carlisle, where title-chasing Danny Tudhope will continue piling the pressure upon Silvestre De Sousa and Oisin Murphy with some choice rides late in the evening, racegoers
can enjoy seeing Sigala, with his full live band, after racing.

Sigala is one of the UK’s most respected and influential electronic music producers, with 10 million monthly listeners on Spotify and over a billion streams under his belt, and his
string of summer influenced hits will ensure it’s quite a party.

It’s 80’s Night at Nottingham, so expect big hair and great music at the disco, which will be held in the lawn marquee for an hour or so after the last race.

Fancy dress is encouraged, by the way.

SUMMER FUN FOR THE WHOLE FAMILY AT RASEN

After Saturday’s feast of Flat racing it will make a refreshing change to enjoy some decent summer jumping at Market Rasen on Sunday.

The £20,000 Amazing Maze Maize Handicap Hurdle is the feature event at a track that stages good sport throughout the summer months, and there’s fun for all the family, with a kid’s carnival and opportunities to see Chase & Marshall from PAW Patrol at intervals throughout the day.

Wherever you go, have fun.