Five things to know ahead of this Bank Holiday Weekend

There are few more idyllic places to go racing than Newmarket’s picturesque July Course, even if we do say so ourselves.

So there are plenty of reasons to get out and enjoy the track’s last action of the year on Saturday, where racegoers will enjoy a varied card in perfect conditions if the promised warm and sunny weather materialises.

But there's much more to this Bank Holiday weekend than the racing, with Aintree staging the national championships for Retraining of Racehorses, and at Epsom Downs on Monday the general public have a great opportunity to go behind the scenes at some of the town’s oldest yards, followed by a great day’s racing.

The equine star of the show at Newmarket is without doubt Pretty Pollyanna in the Price Bailey Chartered Accountants Hopeful Stakes, a quality Listed sprint in its own right but nevertheless a massive drop in class for Michael Bell’s top-class filly.

Pretty Pollyanna was a breathtaking seven-length winner of the Group 2 Duchess of Cambridge Stakes over the same course and distance last summer and went on to win a Group 1 at Deauville shortly afterwards. 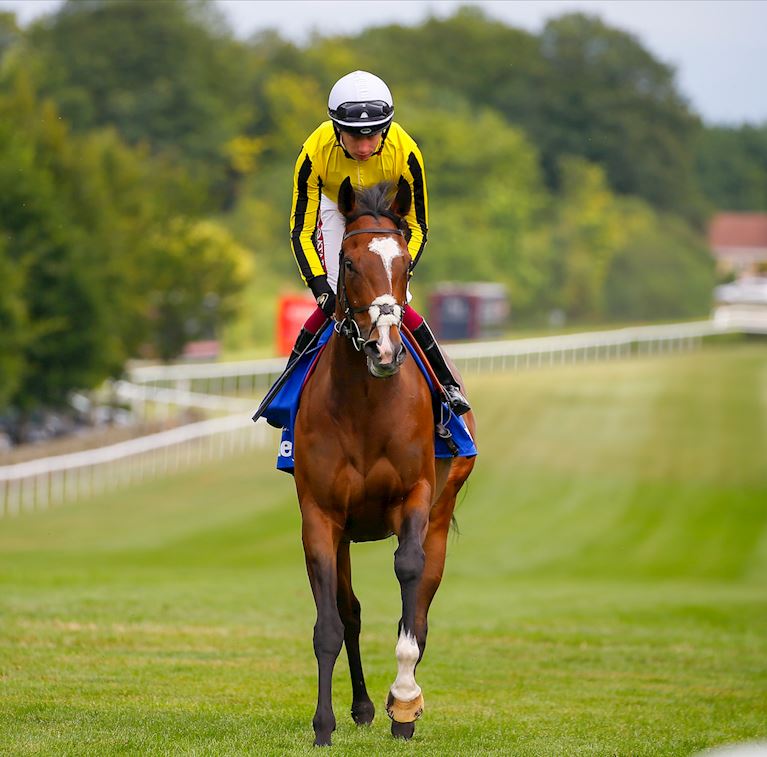 She has struggled at that level since, notwithstanding her second to Hermosa in the Irish 1000 Guineas, but she has been far from disgraced in two top-class sprints lately and ought to have too much class for the likes of Stewards Cup third Raucous and the improving Godolphin colt Land of Legends.

There is also a valuable staying race, the Price Bailey ‘Firm of the Year’ Handicap, in which Ian Williams is making encouraging noises about Byron Flyer, who just missed the cut in York’s SkyBet Ebor. The one to beat is probably William Buick’s mount Saroog, a lightly-raced improver who won a nice race at Ascot last month for Simon Crisford.

The last race staged on the July Course before the action switches to the town’s nearby Rowley Mile for its Gold Season will be the 350th running of the Newmarket Town Plate.

Steeped in history the race was first won by King Charles II - no less - in 1666, after which he decreed that it should be run 'forever'. 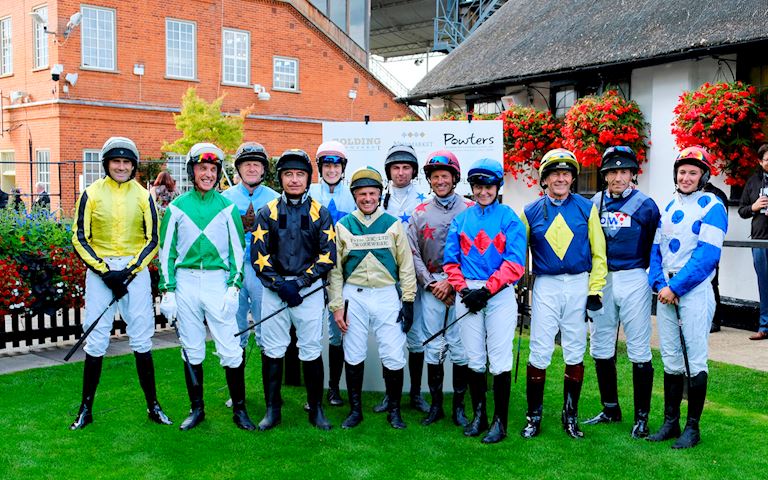 The Town Plate is a complete one-off, as it's run over three and three-quarter miles on the seldom used Round Course, and is a race in which the proverbial butcher, baker or candlestick maker can take part, provided they have suitable experience of riding thoroughbreds and can be vouched for by a licenced trainer or permit holder.

It is one of our sport's most glorious eccentricities, competed for by true amateurs and offering prizes that include a voucher from the Newmarket clothes shop Golding and a box of Powters Celebrated Newmarket Sausages, as well as a perpetual trophy.

The best known rider in this year's line-up will actually be a trainer, Tim Vaughan, who represented Wales at showjumping in his youth and was twice Champion Welsh Point-To-Point rider, winning a total of 117 races, before his training career began to take off.

Everyone riding here will have their own reason for doing so. Tim will be 40 on Sunday and wants to impress his horse-mad youngsters before it's too late!

The fun doesn't stop when the Town Plate has been run, for music act ‘Massaoke’, who were a big hit at the QIPCO Guineas Festival, will be bringing the curtain down on racing at the July Course for another year by performing ‘The Greatest Show’, a selection of the most popular singalong tunes from stage and screen.

Racing fans often shed a tear or two when their favourites bow out from the sport. So this weekend presents a great opportunity to see what some of them have been up to in their ‘retirement’.

Visitors to Aintree's four-day Retraining Of Racehorses Goffs UK National Championships will have the opportunity to see how former track heroes as famous as Cue Card and Coneygree are enjoying their second careers. 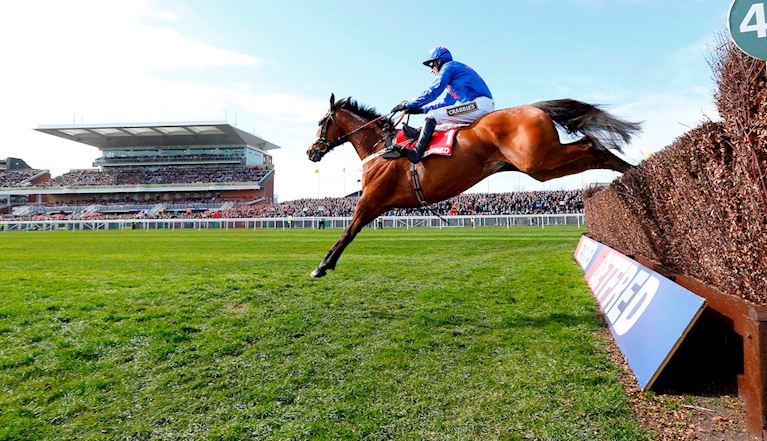 Nine-time Grade 1 winner Cue Card is making his debut at the national championships, which feature showing, dressage and showjumping classes, while 2015 Cheltenham Gold Cup hero Coneygree qualified when winning a class at the HEROS Charity Horse Show in June.

Some 270 retrained racehorses are taking part in the championships, which end on Sunday, and other notable names include Sovereign Debt, Noland, Zarkandar, Annacotty, Thomas Crapper and Monkerty Tunkerty.

It's a rewarding event on a host of different levels, and you can expect a wonderful feelgood factor.

Epsom's annual open day on Bank Holiday Monday offers the chance to go behind the scenes at the yards of Jim Boyle, Michael Attwater, Pat Phelan, Roger Ingram, Simon Dow, Mark Pattinson and Adam West from 9.30am. Early risers can also see horses exercising on the gallops from 8.30am.

Most of the stables open to the public have entries at the racecourse in the afternoon, and if you keep your eyes and ears open you might well pick up a clue or two. 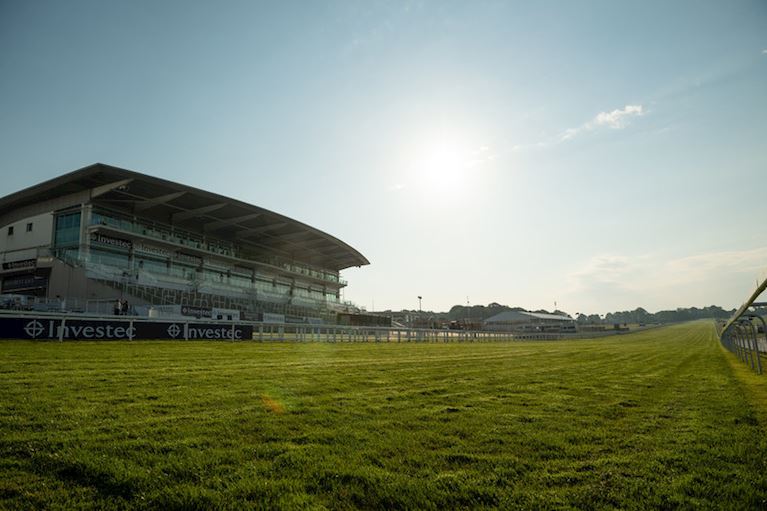 A combined ticket to both the open morning and the afternoon’s racing costs £20 (£10 for the open morning only), with under 18s free all day and the proceeds going to a most worthy cause in Racing Welfare. They can be purchased online through http://www.epsomopenday.co.uk/.

It’s a great morning for all of the family.

During 39 years of continuous sponsorship from Moet & Chandon this was unquestionably the number one race in the world for gentleman riders, and it was won by most of the best amateur riders of the day, including Philip Mitchell and Lord Oaksey, who each won it four times, as well as subsequent world class trainers Luca Cumani and Dermot Weld.

To this day it offers a once-a-year opportunity for male amateurs to ride the full Derby course, and so it is still a coveted prize.

In 1978 it went to the great Sea Pigeon, ridden by a 16-year-old Tim Easterby, who has yet to win it as a trainer but is set to extend his link to 41 years by saddling at least one of his three entries in the race.

Air Pilot might need some rain though, and none of us want that on a Bank Holiday.