Five things you need to know this week

The QIPCO 2000 Guineas and Investec Derby seem distant memories as we look ahead to the last Classic of the season this weekend, but the Epsom Downs form is strongly represented in the St Leger by Sir Dragonet, who started favourite and was beaten less than a length into fifth.

Sir Dragonet owed his position in the market that day to an eight-length win in the Chester Vase, when St Leger rivals Dashing Willoughby and Technician were third and fifth.

It was enough to make Ryan Moore, who rode Chester runner-up Norway, change horses at Epsom, and Sir Dragonet looked as if he was going to justify that decision when he went to the front with two furlongs to go. He still ran a much better effort than the finishing position might suggest, as he lost three places only in the last few strides.

There have been mixed messages from the Investec Derby form since then, and Sir Dragonet has been beaten in a Group 3, but a return to his best would make him a formidable rival for John Gosden’s unbeaten Great Voltigeur Stakes winner Logician, who is understandably a short-priced favourite.

The step up in distance could be just what Sir Dragonet needs, and this is a great opportunity to join stable-mates Japan and Circus Maximus in leaving Derby form behind with a top level success of his own, and also to avenge the defeat of his sire Camelot, who was a 2-5 chance to win the 2012 St Leger and become the first horse since Nijinsky in 1970 to complete Flat racing’s coveted Triple Crown.

His three-quarter length second to the Mahmood Al Zarooni-trained Encke must still hurt.

This is a big weekend for three of the four winners of this season’s Classics, all of which are staged by Jockey Club Racecourses.

We are going to have to wait a while for another look at the QIPCO 2000 Guineas winner Magna Grecia, who suffered a minor set-back at the Curragh next time out, but the Investec Derby winner Anthony Van Dyck, down the field in the King George last time, has an opportunity to get his career back on track in what promises to be a fascinating QIPCO Irish Champion Stakes. 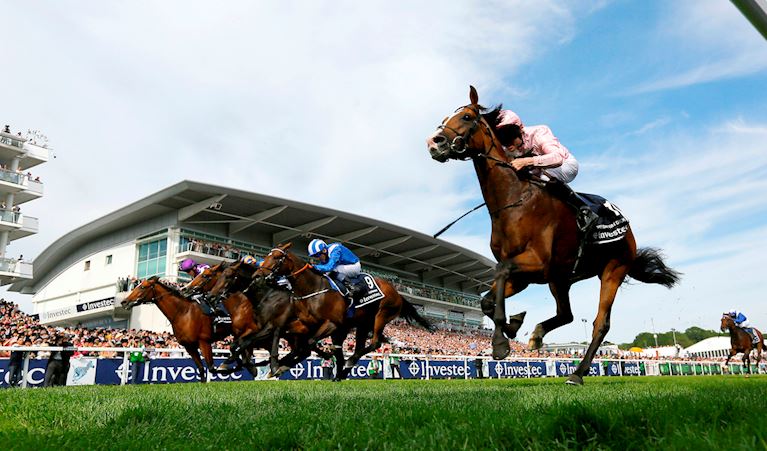 A little more than an hour later the QIPCO 1000 Guineas winner Hermosa, who went on to win the Irish 1000 Guineas at the Curragh, is among six high-class fillies out to deny Laurens a second win in the Coolmore-sponsored Matron Stakes.

And then Investec Oaks winner Anapurna is due in action for the first time since Epsom in Sunday’s Prix Vermeille at Longchamp, a big prize in itself and traditionally a stepping stone to even greater riches on Arc weekend.

Confirmation on Monday from Jockey Club Racecourses that the biggest bonus in Jump racing will again be offered to any horse who can win the three most prestigious Grade One staying chases in the new season received a warm welcome, particularly from Paul Nicholls.

The 11-time (and reining) champion Jumps trainer won an equivalent prize to the £1 million Jockey Club Chase Triple Crown with Kauto Star in the winter of 2006-7. And this week he nominated two possible candidates for the Betfair Chase, either of whom could go on to contest the Ladbrokes King George VI Chase and the Magners Gold Cup at Cheltenham.

Nicholls said that if either Frodon and Clan Des Obeaux can land the Betfair Chase at Haydock Park in November then it would be “game on” for the historic treble.

Cue Card looked poised to pull off the treble when he fell three out in 2016, but it’s the toughest of challenges and Betfair offer 12-1 about any horse pulling it off this season.

As if to emphasise the magnitude of the task in front of them, last year’s King George VI Chase winner Clan Des Obeaux is the bookmaker’s favourite for the Jockey Club Chase Triple Crown, yet he is priced at 50-1. This year’s Magners Gold Cup winner Al Boum Photo is next best at 66-1, then Kemboy, Native River and the rest available at upwards of 100-1.

Nicholls is best qualified to sum up how hard it will be and said: “When Kauto Star won the Triple Crown I said it would be an extremely difficult thing for any horse to repeat, but it doesn’t mean it can’t be done. There are some great chasers out there and the new season promises to be very competitive again.”

TIGER WILL BE ON THE PROWL FOR GRAND NATIONAL NUMBER THREE

There was more great news for racing fans this week when Gordon Elliott was able to confirm that Tiger Roll will definitely be targeted at the Randox Health Grand National next year.

Victory at Aintree for arguably the most popular racehorse in training would rewrite the record books, with the Tiger becoming the first horse to win the £1 million race three years running. 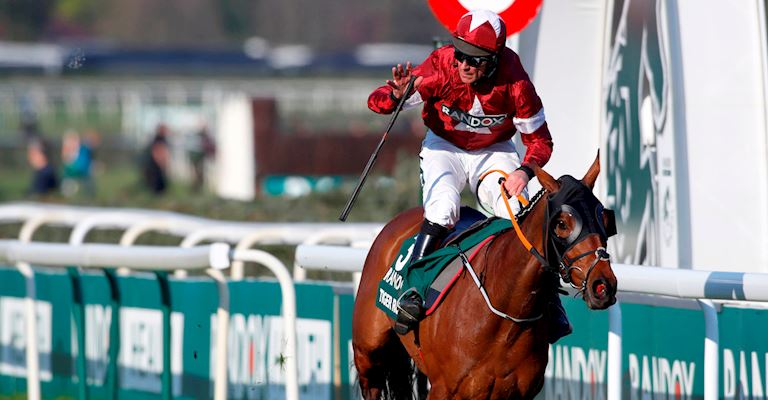 While Red Rum will be considered the most consistent Grand National horse ever with three wins and two seconds, Tiger Roll has already earned his place among the Aintree greats.

But the opportunities for racing fans to see him will be limited this year, with trainer Elliott outlining a three race plan for the coming season. So if you want to see the Tiger roar in what might yet prove to be his final season on the track, your only chance in the UK will be at the Festival Presented by Magners in March and the National in April.

One thing is for certain – Tiger Roll looks such a natural over Liverpool’s unique fences that an even bigger weight to carry this year might not stop him. In fact bookmakers offer no bigger than 6-1 even though there are seven months to go before the tape goes up.

It was once said that winter arrives on the tail of the last horse in the St Leger and while we must hope that’s not true this year the running of the final Classic is a reminder that the core Jumps season is not far away.

Another timely reminder of what we can look forward to will come at Cheltenham on Friday 27th September when The McCoys celebrate those who did especially well last season.

In its third year, and named of course in honour of 20-times champion jockey Sir AP McCoy, The McCoys reflect outstanding contributions to our sport across all Jockey Club Racecourses’ Jumps tracks during the 2018-19 season - be it horses, stable staff, trainers or owners.

Aintree, Cheltenham, Haydock Park, Kempton Park and Sandown Park all stage Grade One races, and we can therefore expect to see some of the biggest names in the sport among the winners.

However, The McCoys also recognise the contributions of those at all levels of the sport, so those who did well at Carlisle, Exeter or Market Rasen for example also have every chance of picking up an award or two.

The McCoys exist to recognise the individuals without whom this sport would not prosper as it does. This year’s event promises to do exactly that, not to mention go down as a night to remember.