NINE RACES TO ENOY AS CURTAIN FALLS ON NEWMARKET’S SEASON

It would be easy to switch your entire focus to jump racing given the season openers at Cheltenham and Aintree last weekend.

However, turf racing on the Flat is not quite over yet and it’s well worth having a good look at Newmarket’s final card of the year, which starts early, but not so early that you can’t watch England’s bid to win the Rugby World Cup Final before you tune in, or better still make your way to the track. 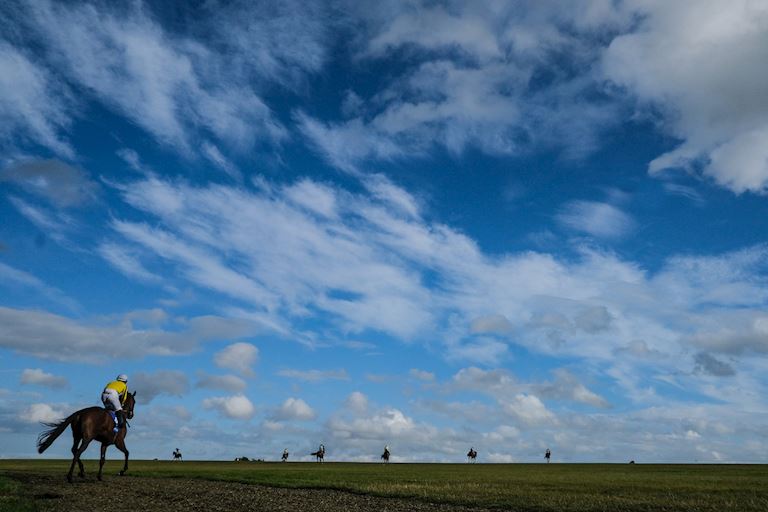 The appeal of domestic racing on the Flat sometimes flags after Dubai Future Champions Day at Newmarket and QIPCO British Champions Day at Ascot. But Saturday’s nine-race card is full of interest, having been boosted by the transferral of the Group 3 Horris Hill Stakes from last Saturday’s abandoned fixture at Newbury.

The Horris Hill has had a mixed history since the days when top-class milers like Kris and Tirol were successful, but this year’s race promises to be a good one, with ten of the 13 runners having won last time out, and two of them ‘could be anything’ types who have won their sole starts.

Boccaccio is a very promising Godolphin-owned Dubawi colt who made a winning debut at Yarmouth. But that was five long months ago and neutrals might want to cheer on Salisbury debut winner Kenzai Warrior, whose trainer Roger Teal is very much one of racing’s good guys and knows what to do when a potential Group winner comes along.

Kenzai Warrior led from start to finish at Salisbury, and runner-up Max Vega has added bells and whistles to the bare form by winning both his subsequent starts and earning a rating of 109.

Newmarket’s supporting card features three Listed races, with a one-mile event for two-year-old fillies which might well point us towards a future Group-race performer or two, followed by two classy contests for older horses.

Veteran Air Pilot retains his enthusiasm remarkably well and has been second in the last two runnings of the Weatherbys TBA James Seymour Stakes.

He has also won the race, but that was way back in 2014 - long before the birth of likely favourite Lord North, the Cambridgeshire winner and subsequent Champions Day second. 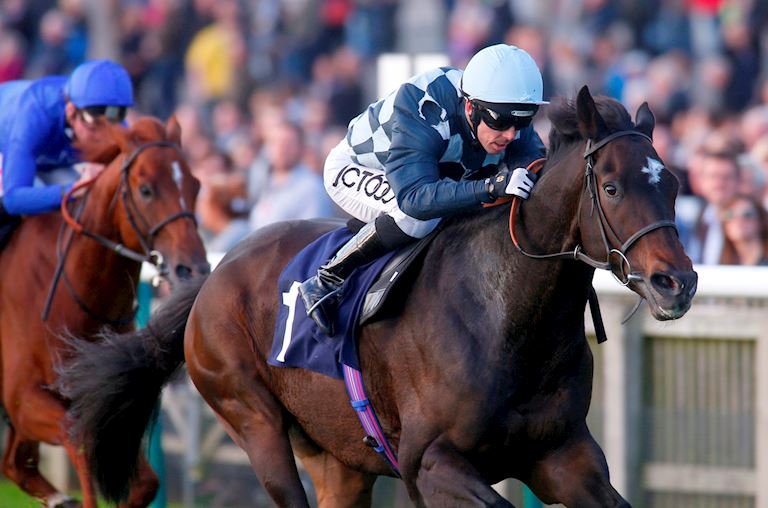 Last year’s shock Queen Anne Stakes winner Accidental Agent takes a massive drop in class in the Price Bailey Ben Marshall Stakes, as does Century City, who was fourth behind him that day at Royal Ascot.

Last year’s winner Mitchum Swagger is also in the line-up again, but punters might want to look to younger rivals.

Don’t despair if it’s jumping that you hanker after now, because Jockey Club Racecourses stage fine cards at both Carlisle and Huntingdon on Sunday.

The highlight of Carlisle’s Family Day is unquestionably the reappearance of Lostintranslation against three quality rivals in the Colin Parker Memorial Intermediate Chase.

Colin Tizzard couldn’t contain his excitement when Lostintranslation thumped the RSA Chase winner Topofthegame in the Grade 1 Betway Mildmay Novices’ Chase at Aintree in April. At the time he hailed his seven-year-old as the replacement he has been praying for now, that former stable star Cue Card is retired and both Native River and Thistlecrack are approaching veteran stage.

Fellow Aintree winner Kildisart was 10 lengths behind Lostintranslation in the JLT Novices’ Chase at The Festival™, presented by Magners, but he too went on to score at Aintree and is not to be underestimated. Count Meribel and My Old Gold have a bit to find, but they are worthy rivals nevertheless. 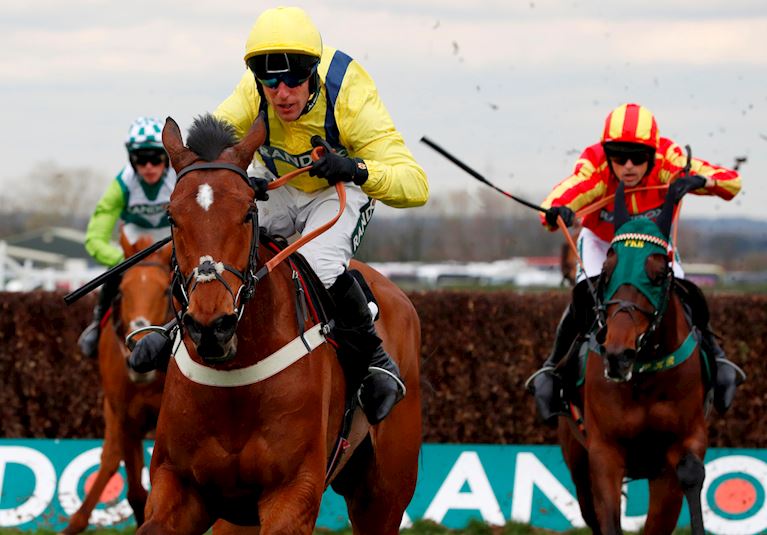 It was in this race in 2014 that Many Clouds successfully began a campaign which took him all the way to that epic Grand National win the following spring, with wins in the Hennessy Gold Cup (now Ladbrokes Trophy Chase) and BetBright Chase on the way.

Don’t be too surprised if Sunday’s winner approaches similar heights one day.

SHERWOOD’S STAYER MIGHT BE RIGHT UP YOUR STREET AT CARLISLE

If it’s a case of quality over quantity in Carlisle’s feature race, there is no shortage of runners on the supporting card, with a total of 80 declared over seven races.

The Jim Williamson Memorial Handicap Hurdle is a strong affair open to runners rated as high as 150. Harriet Graham’s Aye Right isn’t quite at that level yet, but his winning reappearance at Kelso was another step in the right direction for one of Scottish racing’s biggest improvers, and he is sure to give you a run for your money.

The three and a quarter miles of the later Cumberland Handicap Chase will represent a tough test on a track as stiff as Carlisle, but that won’t bother Weststreet, who represents Many Clouds’ trainer Oliver Sherwood.

He won over extreme distances at Hexham and Perth last spring, so stamina is his strong suit.

TRAINER MORRISON HOPES THIRD WIND CAN BLOW AWAY THE FIELD

While the off-course entertainment at Carlisle is aimed primarily at children on the last day of half term, Huntingdon is catering more for mums and dads, with an eight-race card complemented by a beer festival and live music.

Children will be very welcome too of course, however, and don’t forget they get in free.

The feature races here are the Fairfax Saddles Novices’ Chase, in which Deyrann de Carjac, Erick Le Rouge and Whatmore are already winners over fences, and the Macer Gifford Handicap Chase, in which Twotwothree will attempt to build on last month’s stylish win at Bangor.

Last season’s smart novice hurdler Third Wind takes on the previous winners in the former race, with many believing he has the potential to go a long way over fences.