A WEEKEND TO WATCH WITH ONE EYE ON THE FUTURE

It’s a rare blank Saturday for Jockey Club Racecourses’ 15 venues, but everywhere you look there are races which have implications for both The Festival, presented by Magners, at Cheltenham in March and for the more imminent Ladbrokes Christmas Festival at Kempton Park.

Weather permitting, the place to start is Newcastle, where the dual Champion Hurdle winner Buveur D’Air bids to get his campaign off to a perfect start once again with a third successive win in the Betfair Fighting Fifth Hurdle. 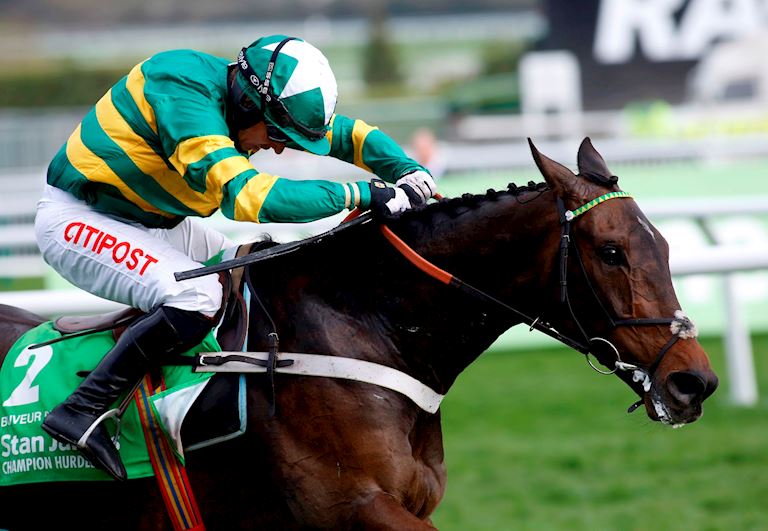 There’s an early morning inspection, but the track has done what it can to mitigate against freezing overnight temperatures, with heavy-duty frost sheets on the landings, take-offs and other vulnerable areas and fleece covering the remainder of the course, so fingers crossed.

With 17 wins from only 23 starts, eight of them at Grade 1 level, Buveur D’Air ought to figure high among hurdling’s icons, yet he remains widely under-appreciated.

However easily he beats the four significantly more lowly-rated rivals he faces here, that’s unlikely to change. However, this first appearance since his Punchestown defeat of Supasundae looks a perfect springboard for a winter campaign which is likely to include a third trip to Kempton Park for the Christmas Hurdle, which he won in 2017 before last year’s shock short-head defeat by stable-mate Verdana Blue, and a fourth crack at the Champion Hurdle, in which he was an early faller last year when bidding for a hat-trick.

Ante-post odds on the Champion Hurdle suggest that two of his main dangers are his younger stable-mates Fusil Raffles and Pentland Hills, but they still have it to prove.

Buveur D’Air on the other hand has already been there, done it, and got the T-shirt. Twice.

CAN COLIN TIZZARD MAKE IT THREE IN ROW?

The Ladbrokes Trophy at Newbury - known for most of its 60-plus years as the Hennessy Gold Cup -  has a rich association with both the Ladbrokes King George VI Chase and the Magners Cheltenham Gold Cup, with Arkle. Mill House and Burrough Hill Lad having won all three races, and Denman, Bobs Worth and Native River more recent winners both at Newbury and Cheltenham.

None of the 24 acceptors in this year’s maximum field currently features high in the ante-post lists for either the King George or the Gold Cup, but that could all change, for many of the leading fancies are unexposed second-season chasers whose future lies ahead of them.

FOLLOWING IN THE FOOTSTEPS OF THISTLECRACK

The supporting Ladbrokes John Francome Novices’ Chase is also often a stepping stone to both Kempton Park and Cheltenham, although recent winners have mixed records.

Most winners head next to Boxing Day’s Kauto Star Novices’ Chase, but Native River, Elegant Escape and Santini were all beaten there, and then beaten again in their chosen engagement at Cheltenham.

The exception among recent winners was Thistlecrack, the top-class staying hurdler who made such a big impression in his early novice chases that Colin Tizzard elected to aim even higher at Kempton Park and ran him instead in the King George, where he was rewarded with a brilliant defeat of stable-mate Cue Card. Unfortunately Thistlecrack then missed Cheltenham through injury. 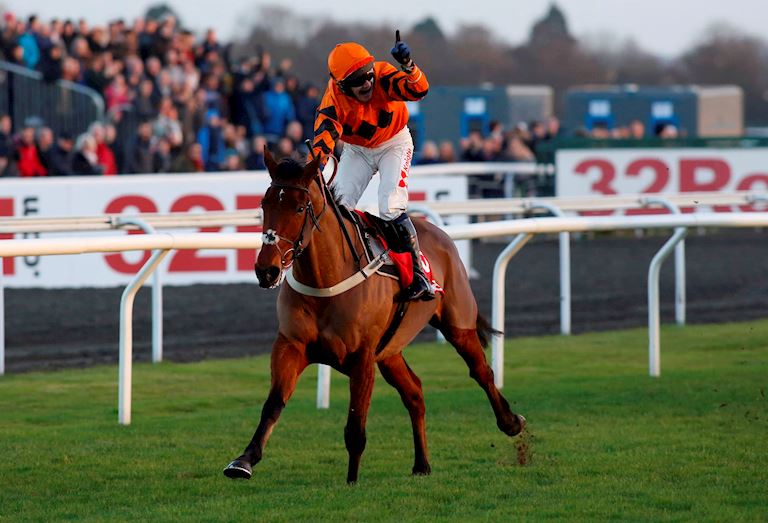 Tizzard this time relies upon Wincanton winner Reserve Tank as he bids for a fourth win in five years, but defying a 5lb penalty against rivals of the calibre of Ardlethen and Danny Whizzbang will not be easy.

The earlier Listed mares’ novices’ hurdle is another classy affair, won three years ago by La Bague Au Roi. Jeremys Flame, one of two Irish raiders, has a good chance on the figures, but punters are likely to favour the more familiar Nicholls and Henderson runners Silver Forever and Floressa.

The frost covers went down midweek ahead of Carlisle’s Sunday fixture, where testing ground will place stamina at a premium on a seven-race card.

Feature race is the Listed Houghton Mares’ Chase, which two years ago was won by Benie Des Dieux, who then went back to hurdles and won the OLBG Mares’ Hurdle at Cheltenham the following spring and was an unlucky last-flight faller in the same race in March. 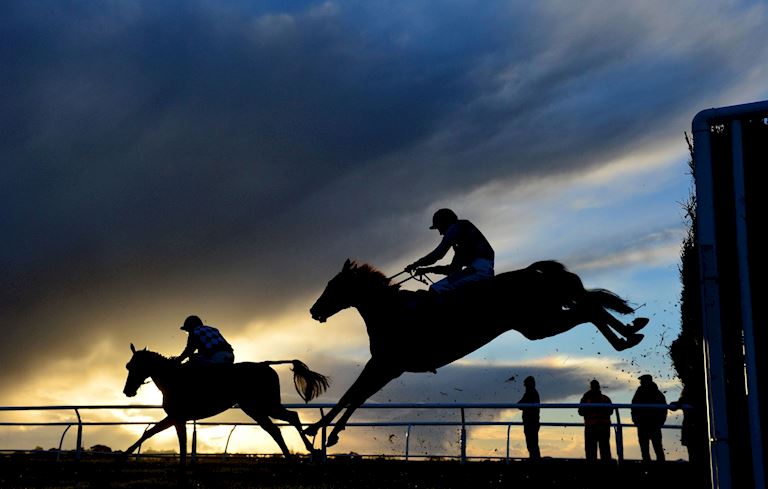 It’s a shame that Gordon Elliott opted not to declare his 2018 JLT Novices’ Chase winner Shattered Love, but we still have a select field, headed by Henry Daly’s Market Rasen heavy-ground winner Atlanta Ablaze and Nicky Richards’ locally-trained My Old Gold, who ought to be back in her comfort zone after taking on subsequent Betfair Chase winner Lostintranslation over the course and distance on her reappearance.

glinger flame vs. i'm to blame

Nicky Richards also has a key runner in the earlier beginners’ chase, for Glinger Flame is set to make his debut over fences after a hat-trick of hurdles wins at Hexham in the spring. I’m To Blame, second to a decent prospect over the course and distance four weeks ago, is the one to beat,

The rest of the card offers an attractive mix of novices, handicaps and a bumper, and with Richard Johnson, Brian Hughes and Sam Twiston-Davies among the top jockeys in action it promises to be a really good day out.