The abandonment of day one of Cheltenham’s magical November Meeting owing to waterlogging was a nasty shock to the system, but every cloud has a silver lining.

Strong cards on the two remaining days which have hopefully been saved by the hard-working groundstaff and other unsung heroes have been further boosted by the addition of transferred races, and Saturday now offers racegoers an eight-race bonanza, while Sunday has seven races.

This side of The  Festival™, presented by Magners, there’s really nothing quite like the November Meeting at the home of jump racing, and much of Saturday’s card would look at home on any of the four days in March. 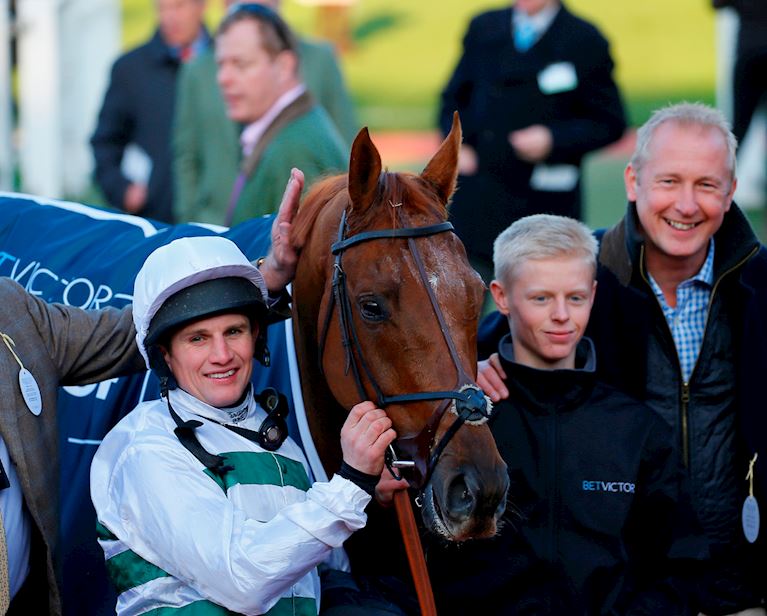 The iconic BetVictor Gold Cup was first run way back in 1960 as the Mackeson Gold Cup and its quality has never dipped, for year after year it is contested by a compelling blend of established stars and unexposed improvers.

On balance it seems to have been the younger improvers who have most often held sway, and the market this time is headed by just such a horse in Colin Tizzard’s Slate House, who was a 33-1 chance with the sponsor in the early exchanges but has been favourite since his scintillating return to form over the course and distance on his reappearance.

The opposition was nowhere near so strong then as he will face here in a near maximum field, but he is guaranteed to cope with the ground and when he won a Grade 2 novice hurdle at the meeting two years ago he looked a horse who might go right to the top.

Perhaps his time has come.

Slate House might be way ahead of the handicapper still, but if not there are plenty of dangers, foremost among them perhaps Siruh Du Lac, who enjoyed two course and distance wins in an unbeaten second season over fences, one of them at The Festival, and has provided a firm focus for Lizzie Kelly, passed fit only on Thursday, as she’s fought her way back from injury.

Guitar Pete, who won the big December handicap two years ago and returned to action with a defeat of Happy Diva and Demi Sang at Wetherby, is another for the short-list. However, this is a race in which very few can be ruled out, and extreme conditions often lead to shock results.

With £60,000 on offer this is a very good handicap in its own right, but the timing and the distance also make it an excellent trial for next month’s Welsh National and you can be sure that’s where front-running top weight Ramses de Teillee is heading after last December’s Chepstow second.

Ramses De Teillee  - in the same ownership as Siruh du Lac by the way -  was a hurdles winner here last month and is sure to go well in conditions he relishes, but the likes of West Approach, Pop Rockstar and Achille are all capable of making a race of it.

The rise and rise of Tobefair through seven straight wins was one of the stories of the season two years ago, and while it ended on a low note in the Pertemps Final that March he has since bounced right back to his best.

Debra Hamer’s pride and joy found only Sire Du Berlais too good when returning for the Pertemps Final in March, and he has won twice at Cheltenham since, humping top weight to a game win in heavy ground last month. He has to give weight away all round again, but the evidence suggests he is in the form of his life. 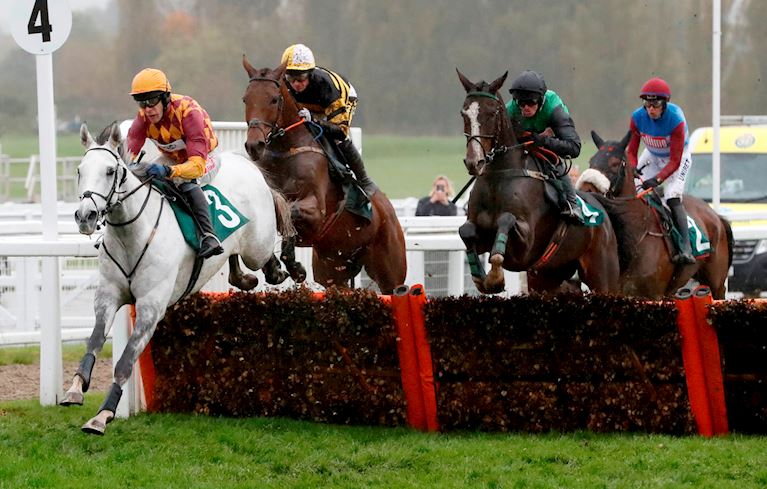 His owners race as the Down The Quay Club, and if he can take this prize named in honour of the most iconic staying hurdler any of us can remember you can bet that the celebrations in the Cresswell Arms, a waterside pub in picturesque Cresswell Quay near Milford Haven, will last long into the night.

The JCB Triumph Trial Juvenile Hurdle does exactly what it says on the tin, and Defi Du Seuil won this race and the Triumph itself only three seasons ago. A bigger field than usual is headed by the Paul Nicholls-trained Auteuil winner Mick Pastor, owned like Defi Du Seuil by JP McManus, and Dan Skelton’s ridiculously easy Warwick winner Allmankind.

Philip Hobbs loves Thyme Hill because he just eats, sleeps and gallops, while Richard Johnson loves him too because he just has to point him in the right direction. The stable’s last winner of this race went on to score at The Festival.

If you still want more after racing then there’s live music from The Wandering Wings in The Centaur from 4.15pm - 5.30pm, and it’s free for Club/Tattersalls racegoers. Their upbeat acoustic pop, rock, and soul hits will kick-start your Saturday night the right way.

UNIBET GREATWOOD HURDLE LOOKS AS GREAT AS IT EVER IS

Sunday’s big betting race is the Unibet Greatwood Handicap Hurdle and it looks as competitive as ever.

Past winners include the subsequent Champion Hurdle winner Rooster Booster in 2002, and  it’s once again almost sure to take a smart performance from a progressive sort in order to win it.

Benny’s Bridge deserves to be on everyone’s short-list, as he seems to tick all of the boxes. He certainly has the progressive profile we are looking for, and on the two occasions he’s raced at Cheltenham he’s bolted up both times.

His trainer Fergal O’Brien has been in sensational form since his recent change of yard and this is a meeting at which jockey Paddy Brennan often excels. 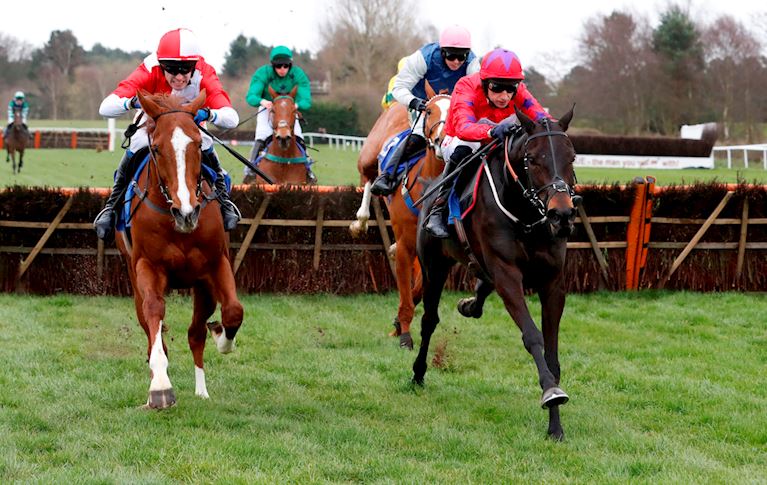 Mud-loving Welsh Champion Hurdle winner Monsieur Lecoq is another who looks guaranteed to go close, and Ascot winner Gumball is sure to give backers a run for their money in the hands of rising star Ben Jones.

SELECT BUT CLASSY FIELD SET FOR SHOWDOwN IN SHLOER CHASE

Day three has produced many memorable scenes, but few more emotional than those which followed the retirement of the breathtaking Sprinter Sacre in 2016, 12 months after he had won the Shloer.

Described by Alistair Down as “the James Bond of the steeplechasing world - devilishly handsome, lethal in action and, when it came to winning, usually just needing to be shaken not stirred” - Sprinter Sacre had charisma in abundance.

No horse in Sunday’s line-up could be expected to match it, but it’s a quality race in its own right, despite a small field. Defi Du Seuil is a dual Festival winner who should cope fine with conditions, while Politologue was second to Altior in this year’s Queen Mother Champion Chase and loves the mud.

The field is completed by Saint Calvados, who would have had top weight in the BetVictor Gold Cup and so is plenty classy enough, and veteran Simply Ned, who has been second in the Shloer three times.

And if you have winnings to spend - or even if you don’t - Cheltenham’s shopping village will be open all day on both Saturday and Sunday.