The festive period moves up a gear for many this weekend, and we’re not talking catching up with your Christmas shopping.

There can be few better places to enjoy this Saturday than Cheltenham, where great races including the Unibet International Hurdle and the Caspian Caviar Gold Cup are complemented by traditional Christmas activities such as carol singing and a variety of trade stands in the shopping village.

The racing takes pride of place of course, and if we cast our minds back 12 months the Caspian Caviar Gold Cup played host to a second brilliant win in the race from Frodon, ridden by Jockey Club Racecourses Ambassador Bryony Frost.

There’s no Frodon this time and no Bryony either. Even more unfortunately Riders Onthe Storm won’t be lining up either, after the ante-post favourite was pulled out by MISTAKE on Friday morning by trainer Nigel Twiston-Davies.

Last year's runner-up Cepage is back though, and among the favourites for the feature race. He has only one run under his belt since and was second to Riders Onthe Storm in a similar race to this at Aintree last month. So if he does win anyone who backed Riders Onthe Storm earlier in the week is entitled to be left wondering what might have been.

This looks a tough enough ask for Cepage under top weight though and there are plenty of other possibilities.

Paul Nicholls’ fantastic record in the race cannot be ignored because Frodon was his second dual winner, following Poquelin in 2009 and 2010, and the stable also won with Unioniste in between.

This time the reigning Champion Trainer saddles two strong candidates in Brelan D’As - second here last month in the BetVictor Gold Cup - and Secret Investor. The latter has been particularly well supported for this handicap debut following his Grade 2 reappearance at Down Royal.

Good Man Pat and Clondaw Castle are both worth a close look too, while it would be great to see the talented but enigmatic Lalor return to his best for Kayley Wollacott. Lalor looks ready for this longer distance now and has first-time cheekpieces.

The Caspian Caviar Gold Cup might be the big betting race of the day, but the most valuable contest on the card is the Unibet International Hurdle, which marks the long-awaited return to action of last season’s outstanding juvenile hurdler Pentland Hills.

This time last year Pentland Hills was a 73-rated winner of low-grade Flat races at Yarmouth and Windsor, recently purchased to race for the 3,000 or so members of the Owners Group 031 who stumped up just £57 for a year’s worth of fun. 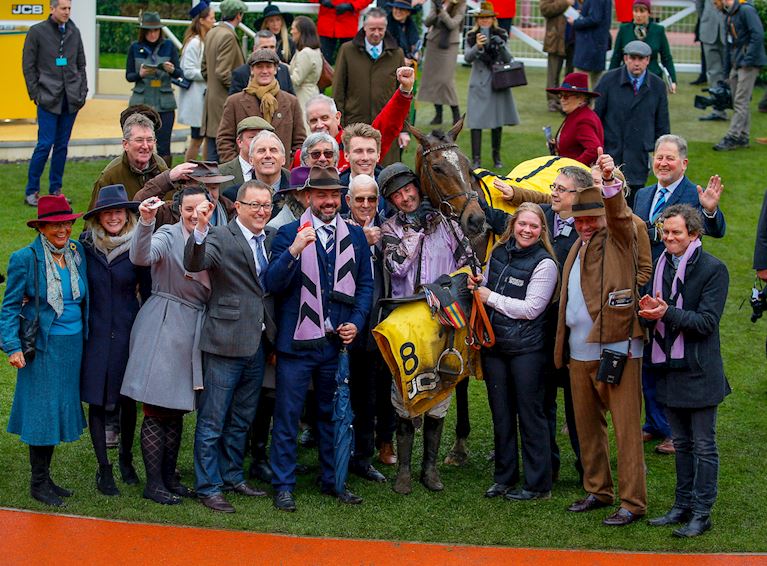 What fun they’ve had! Pentland Hills had no great aspirations at that stage, but following a winning debut for Nicky Henderson at Plumpton he won the hugely prestigious Grade 1 juveniles at both The Festival™, presented by Magners, and at Aintree’s Randox Heath Grand National Festival.

He is now among the leading fancies for the Unibet Champion Hurdle, and if he wins well he could end the day the clear favourite for the Festival’s day one showpiece in March.

The second race on Cheltenham’s card offers an intriguing battle between some respected hurdlers trying to make their way as novice chasers.

Dan Skelton’s Beakstown, ridden by brother Harry, won a Grade 2 hurdle at Warwick last season and went to The Festival in March, only to be pulled up in the Ballymore Novices’ Hurdle.

And while he hasn’t yet made his mark over the bigger obstacles it would be no surprise if he put in an impressive run at Jumps HQ in the Ryman Novices’ Chase.

However, Nicky Henderson and Nigel Twiston-Davies have two of the other six runners between them and both will fancy their chances in this hot contest.

For the former, Mister Fisher will be on plenty of shortlists, especially after impressing on his chase debut at Warwick when second. He might have fallen short in the Supreme Novices’ Hurdle at Cheltenham when eighth of 16 runners in March, but the plan has always been to go over fences and there is every chance he will start this race as favourite.

Henderson’s other runner in the race, Champagne Platinum in the famous JP McManus green and gold, is also entitled to be there or thereabouts.

But Twiston-Davies can be bullish about his own chances too. Good Boy Bobby, who jumped well enough when second at Carlisle in October and then went one better last month when winning at Wetherby, hasn’t ever been tested at Cheltenham but that’s no reason to rule him out.

All in all it promises to be a fascinating start to the afternoon.

EARLY DRESS REHEARSALS FOR MARCH CAN GIVE PLENTY OF FESTIVAL CLUES

It’s a fascinating card from start to finish at Cheltenham.

The Grade 2 trial for next March’s Albert Bartlett Novices’ Hurdle has attracted many of the best young stayers around, including Champagne Hill, who found only the classy Thyme Hill too good for him at last month’s November Meeting, Ascot winner Valtor and very easy Hexham winner Kiltealy Briggs.

Earlier in the afternoon the JCB Triumph Hurdle Trial offers a decent opportunity to the Gary Moore-trained Botox Has, who ran into a bit of a freak when second to the free-going front-runner Allmankind in a similar race here last month.

Success for Botox Has would underline how strong his stable is in this area, as Gary also trains last weekend’s highly impressive Sandown juvenile winner Goshen, but Allmankind’s trainer Dan Skelton saddles a strong rival again in Langer Dan. 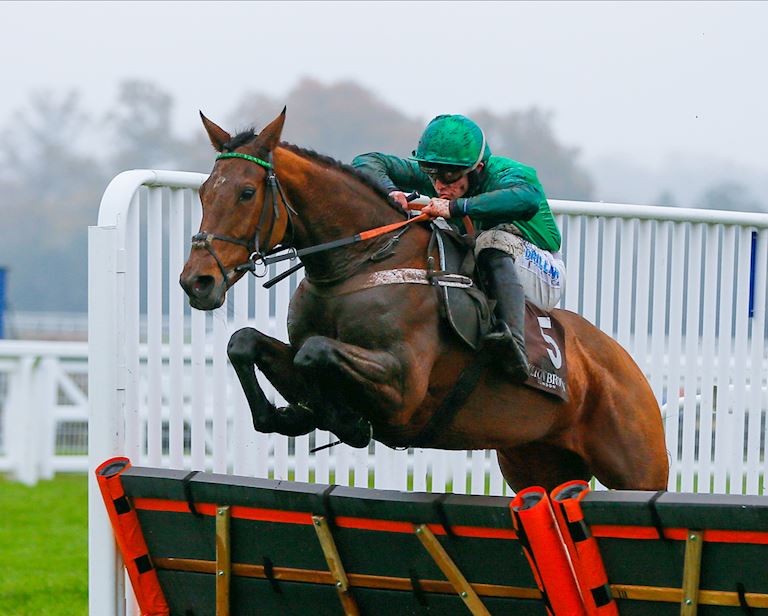 There are also a couple more strong handicaps, plus a decent novice chase in which Nigel Twiston-Davies has two good chances of relieving some of the gloom which inevitably descended after Riders Onthe Storm’s mistaken withdrawal from the big race.

Carlisle stages its last meeting in a busy year on Sunday and there will be a distinctly relaxed and festive mood about the track, with racegoers encouraged to wear Christmas jumpers.

An eight-race card starts at 11.50am and includes a qualifier for Cheltenham’s Pertemps Network Hurdle, as well as a decent novices’ handicap chase and a long-distance handicap over fences.

Venetia Williams enjoys a particularly good strike rate and a handsome level stakes profit at Carlisle, and she sends Cloudy Glen on the long journey up the M6 from her base in Herefordshire for the novices’ handicap, along with Brave Seasca for the concluding bumper.

Cloudy Glen won three of his four races over hurdles last season and is owned by Trevor Hemmings, whose youngsters are all brought along with one eye on a future over fences, and possibly the Grand National.

His reappearance fourth at Exeter was perfectly respectable, and we can expect improvement. Don’t say we didn’t warn you!