It’s been dubbed “Steeplechase Saturday”, and you can see why, with two Grade 1 chases at Sandown Park, two races over the iconic Grand National fences at Aintree, and a clutch of strong supporting races over the bigger obstacles at both courses.

Let’s start at Sandown Park, which has played host to some of jump racing’s most memorable finishes - a fair few of them in the Betfair Tingle Creek Chase, the race run in memory of one of the most spectacular two-milers ever to grace the sport.

Most of the top two-mile chasers of recent times have won the Tingle Creek, from Kauto Star and Master Minded through to Sprinter Sacre and Altior, and who can forget the second win of Moscow Flyer in 2004, when he beat Azertyuiop and Well Chief in one of the races of the season. 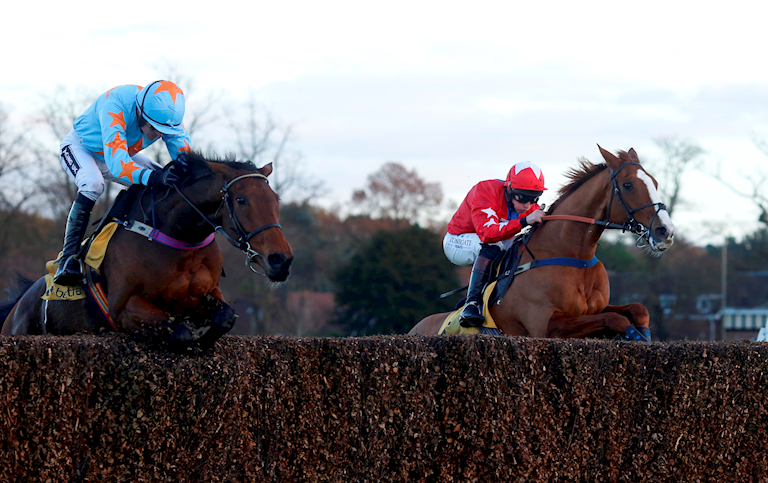 Un De Sceaux beat Sire De Grugy here three years ago and was second to Altior 12 months ago. He is back again, and although he is in the veteran stage now he showed when beating Min at Punchestown in April that he’s no back number. He’s the top-rated runner in a field of eight.

Recent Shloer Chase winner Defi Du Seuil, a five-time Grade 1 winner already, is favourite, but 2017 winner Politologue is another rated higher than him, as are Janika, Sceau Royal and Waiting Patiently, so he’s maybe not one to take short odds about. There’s no need for a bet anyway.

This might be a race best enjoyed without money riding on the result.

the road to cheltenham

The other Grade 1 is the Read Road To Cheltenham At racingtv.com Henry VIII Novices’ Chase, run over the same 13 fences, in which Jonathan Burke has a great chance of returning to the big time.

Burke was a teenage prodigy when snapped up as retained rider for Ann and Alan Potts, but he was unlucky with injury and it didn’t work out. Still only 23 and now rebuilding his career, principally with Tom George, he went close on Black Op at Newbury last weekend and now teams up with Summerville Boy, who beat Kalashnikov here, and then again at Cheltenham, when winning top level novice hurdles two seasons ago. 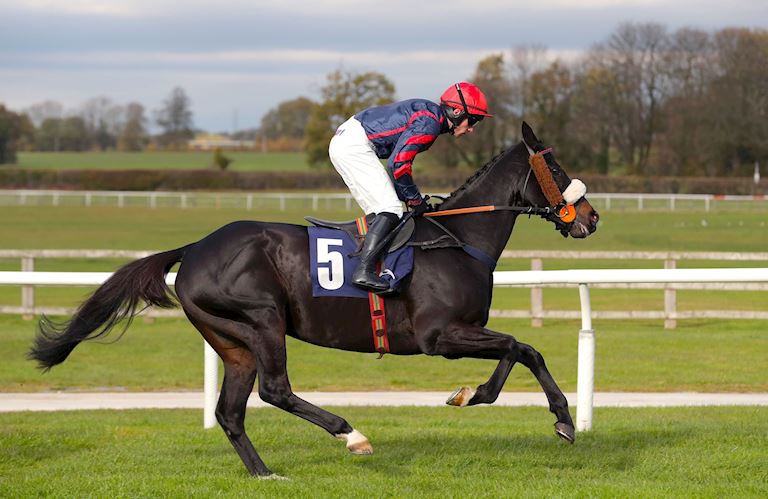 It’s a competitive affair though, and he faces strong opposition from recent Warwick winner Torpillo, who looks a natural two-miler over fences, and the classy Dan Skelton pair Beakstown and Nube Negra.

A great card concludes with a wide-open Betfair London National Handicap Chase, in which Step Back bids to repeat his course and distance win in last year’s bet365 Gold Cup for trainer Mark Bradstock and jockey Jamie Moore.

It’s his first run of the season, but Bradstock’s small team rarely lack for fitness.

Racegoers at Aintree are in for a treat, as only five races are run over the National in the entire year and two of them feature here. That’s two chances to see some of the best handicappers in training jumping such iconic obstacles as Becher’s Brook, the Canal Turn, the Chair and Valentine’s.

Scotland’s 2017 Randox Health Grand National winner One For Arthur takes another step towards the big race when he takes on 15 rivals in the same sponsor’s Becher Chase, but he was only fifth when he ran here three years ago and trainer Lucinda Russell has already warned that he is going to find the distance on the sharp side.

He faces stern opposition too, as you would expect in a race offering £150,000 in prize money. Vieux Lion Rouge and Walk In The Mill are both previous Becher Chase winners, while As De Mee, part-owned by Oscar-winning national treasure Dame Judi Dench, won the shorter Grand Sefton Chase on this card three years ago.

Ante-post favourite at declaration time was the Warren Greatrex-trained Mulcahy’s Hill, who is still technically a novice but has plenty of experience and beat the classy Wholestone at Cheltenham in October. This is Mulcahy’s Hill’s first experience of the National fences, but Greatrex reckons he is the type to relish them.

He survived a collision with a van as a young horse, so he’s not easily intimidated.

The supporting races on an eight-race card which starts at 11.30 include a mouth-watering race over the more traditional Mildmay fences, when the 2018 Cheltenham Gold Cup principals Native River and Might Bite reprise that memorable clash in the Virgin Bet Price Boosts Many Clouds Chase, a Grade 2 which is named in memory of the 2015 Grand National winner and punches way above its weight despite a small field.

Might Bite has it all to prove following a disastrous 2018-19 campaign, but Nicky Henderson would not persevere without hope and the Mildmay course ought to favour him more than the stronger stayer Native River.

There’s an intriguing twist here, as both horses wear first-time headgear, with blinkers employed on Native River and cheekpieces on Might Bite.

This is not necessarily a two-horse race, however, for it’s always dangerous to underestimate Black Corton and Jockey Club Racecourses Ambassador Bryony Frost, while Outlander is a former Grade 1 winner making only his second start for new connections.

The later Grand Sefton Chase, back over the National fences, is a cracker too and has attracted runners from both France and Ireland, plus course and distance specialist Ultragold, a dual Topham Chase winner at the Grand National meeting and second here two years ago.

The racing is first class, as you can see, but there’s extra curricular fun to be had too. Down at McCoy’s the brass band will be performing seasonal favourites underneath a fully lit Christmas tree, and if you wear a Christmas jumper Aintree’s promo team will photograph you for entry into a competition and also email you a souvenir image.

There are three prizes up for grabs, with the winner taking away a £100 gift voucher and two runners-up receiving vouchers for £50.

legends in the making at huntingdon

The Fitzdares Peterborough Chase, won in the past by such legends as Desert Orchid and Best Mate, is the main attraction on Sunday at Huntingdon’s biggest meeting of the season.

It has attracted a very strong line-up, and the sponsor has added further spice by offering a £500,000 bonus if the winner goes on to capture the Ladbrokes King George VI Chase at Kempton Park on Boxing day and the Magners Gold Cup at Cheltenham in March.

It’s a big ask, but one runner who is already pencilled in for the King George is La Bague Au Roi, who won the Grade 1 novice chase on Boxing Day last year and so has a clear affinity with the course. Having taken the scalps of both Lostintranslation and Topofthegame as a novice there can be no questioning her class, and she has a Huntingdon win to her name too. 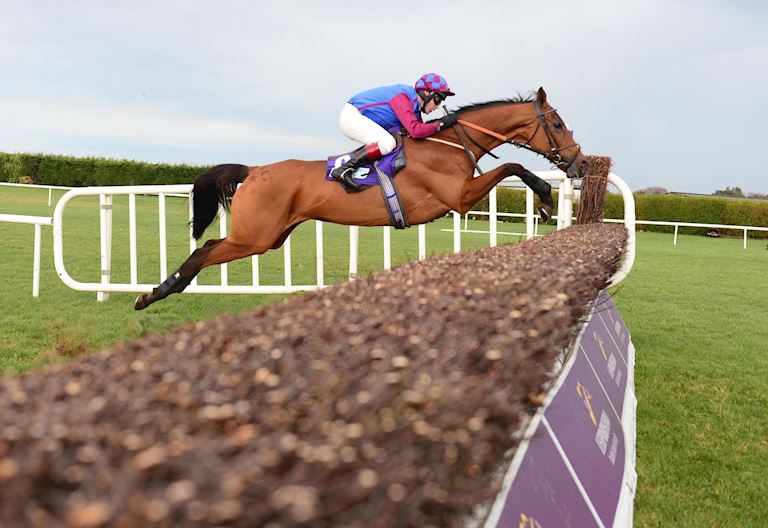 Her reappearance at Wetherby can safely be ignored by the way, as she was found to be in season, but this won’t be easy as she meets last year’s winner Charbel, Ryanair Chase runner-up Aso, and the aptly-named Top Notch.

Earlier there’s another opportunity to see Slate House, who connections are giving a confidence booster in the 3m novice chase after his fall at the second last in Cheltenham’s BetVictor Gold Cup, when he was coming through strongly and looking the likeliest winner.

If that’s not enough, Huntingdon also hosts a Listed mares’ bumper in which six previous winners face off.