LAURINA THE STAR ATTRACTION – YOU’D BE SCILLY TO MISS HER

Sandown Park stages one of its best cards of the winter on Saturday, when the Grade 1 Betway Scilly Isles Novices’ Chase is the feature.

If you’re worried about missing either Leicester vs Chelsea or the opening Six Nations game between holders Wales and Italy then fear not – both will be shown inside the grandstand in between races.

As an indication of the strength of this race one of this season’s superstars, Defi Du Seuil, beat the impressive Lostintranslation in last year’s Scilly Isles, while the year before Cyrname was second to Terrefort. This looks another strong renewal.

Last year’s Champion Hurdle second favourite Laurina is a fascinating runner for Willie Mullins, for while she was pulled up at Leopardstown over Christmas she is a hugely talented mare and had previously made a good winning chase debut at Gowran in Ireland.

Laurina had been a high-class winner on both previous trips abroad, including in a Listed hurdle at Sandown Park and five years ago Mullins sent over Gitane De Berlais, a less talented mare than Laurina, for an eight-length win.

Nicky Henderson has won five of the last ten runnings of the race and he had three entries, but his chosen representative Champagne Platinum has plenty to find on the face of things.

More potent threats to Laurina appear to include Sue Smith’s Midnight Shadow, even though there’s little doubt he benefited from the fall of Champ when a Grade 2 winner at Cheltenham last time.

Whoever wins though, one thing is pretty certain. Next stop Cheltenham in March.

HENDERSON SET TO LORD IT OVER CONTENDERS’ HURDLE RIVALS AGAIN

If the betting is an accurate guide Henderson is poised to win it yet again, as his International Hurdle winner Call Me Lord is firmly odds on to account for four rivals headed by Eldorado Allen and Quel Destin. 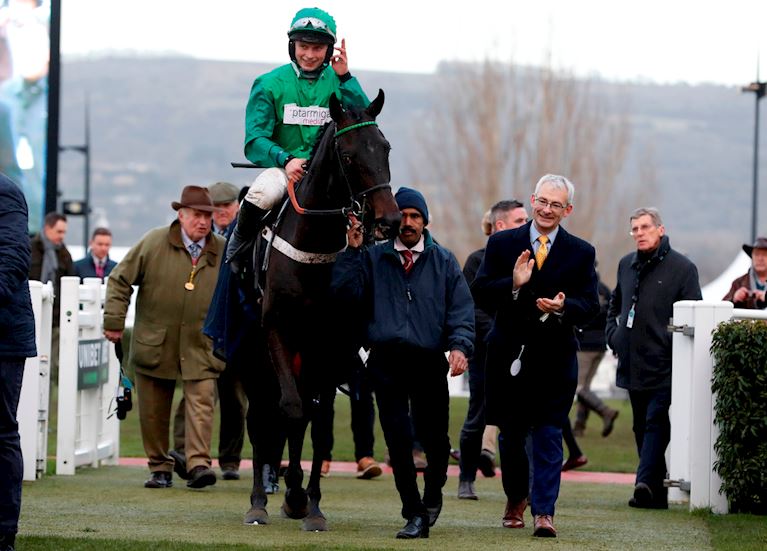 Call Me Lord is one of Nicky’s five entries for the Unibet Champion Hurdle on March 10, a race he has already won no fewer than seven times, but while he still seems to be improving the markets suggest there are stronger candidates for that race back at Seven Barrows in favourite Epatante and last year’s Triumph Hurdle winner Pentland Hills.

It would take something sensational from Call Me Lord to shake up that market, but it would be a different matter if the unexposed Eldorado Allen were to win impressively.

Now that would be interesting.

PLENTY OF REASONS TO VISIT SANDOWN ON AND OFF THE COURSE

A strong supporting card includes a highly competitive Betway Heroes Handicap Hurdle, in which Ask Ben, Ask Dillon and Golan Fortune are among those vying for favouritism.

Make sure you see the stars of Jump racing off the track too, as Retraining of Racehorses is providing a great opportunity to get up close and personal to dual Tingle Creek winner Sire De Grugy, nine-time Grade 1 winner Cue Card, and the Queen’s Barbers Shop, who won the 2008 Future Stars Chase at Sandown Park helping a young Nico De Boinville get going when hunter chasing late in his career.

Racegoers can also sample some unique beers and ales in the Hops & Craft bar, brought to Sandown Park by the Windsor & Eton Brewery, who also have some goody bags and free drinks to give away.

There is Flat racing under floodlights on Saturday evening at Kempton Park, where the feature race is the two-mile 32Red Handicap.

Hollie Doyle, with a fabulous five trebles to her name in the last fortnight alone, partners Couer De Lion for Alan King, while Ben Curtis, who has made an even better start to the year, breaks new ground with a first ride for champion Jumps trainer Paul Nicholls. Veteran Fire Fighting returns to a distance he last tried nearly five years ago. 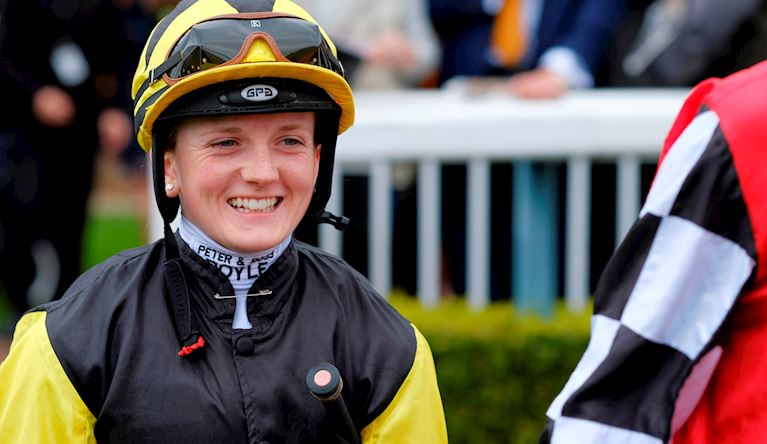 There are seven supporting races, including another qualifier for the popular London Mile Series - this one restricted to fillies and mares. Doyle rides top weight Starlight Romance, who was the middle leg of one of those trebles when the pair clicked at the first time of asking over seven furlongs at Kempton Park last week.

You wouldn’t bet against them turning up in the winners’ enclosure again.

As we move into February few racing fans can resist more than a glance in the direction of Cheltenham and The Festival.

So it’s prudent to check the form over in Ireland this weekend, where Leopardstown’s excellent two-day Dublin Racing Festival offers eight Grade 1 races.

The PCI Irish Champion Hurdle features what amounts to a Festival target decider for rising superstar Honeysuckle, who enjoys a potentially crucial 7lb mares’ allowance. Among her opponents in a field of ten are previous winner Supasundae, last March’s Supreme Novices’ winner Klassical Dream, and December’s Matheson Hurdle winner Sharjah, but she’s the one to beat.

That race is preceded by a very strong 2m6f novice hurdle, a Dublin Chase in which the 2018 and 2019 winner Min faces the much heralded Chacun Pour Soir among three highly talented stable-mates, and an Arkle Novice Chase in which his trainer Willie Mullins is also four-handed.

Henry De Bromhead is heavily outnumbered by Mullins all afternoon, but with A Plus Tard and Notebook in support of a team headed by Honeysuckle it’s going to be fascinating.

It’s good stuff on Sunday too, when the Paddy Power Irish Gold Cup features a repeat clash between Delta Work and Kemboy in a line-up which also includes the likes of Chris’s Dream, Presenting Percy and La Bague Au Roi.

This has the look of a full scale dress rehearsal for the Magners Cheltenham Gold Cup, yet there’s a danger it will be upstaged half an hour earlier by a 12-year-old novice chaser.

For the star of the weekend for many fans will be the evergreen Faugheen, the former Champion Hurdle winner who is now carving an unlikely career over fences and may yet find himself back on the road to Cheltenham once again in a little over five weeks time.

One way or another, by the end of the weekend our thinking on many of the biggest races at The Festival™, Presented by Magners, could well have changed.

British horseracing suspended until the end of April