Warwick stages one of its most important races of the season when a select field of six goes to post for the Grade 2 Agetur UK Kingmaker Novices’ Chase on Saturday.

It’s a recognised trial for next month’s novices at The Festival presented by Magners, and former champion conditional rider Gavin Sheehan is so determined to ride in it that he has acquired the use of a helicopter in order to be at Newbury just 90 minutes later.

Gavin has leading fancy Thebannerkingrebel to look forward to in Newbury’s Betfair Hurdle, but the ride on Rouge Vif in the Kingmaker is just as important and so he is taking to the skies because the journey would not be feasible by road.

Rouge Vif will not start favourite - that honour is likely to go to the locally-trained Nube Negra, whose only defeat over fences came in a Sandown Park Grade 1 - but he has a very decent chance. 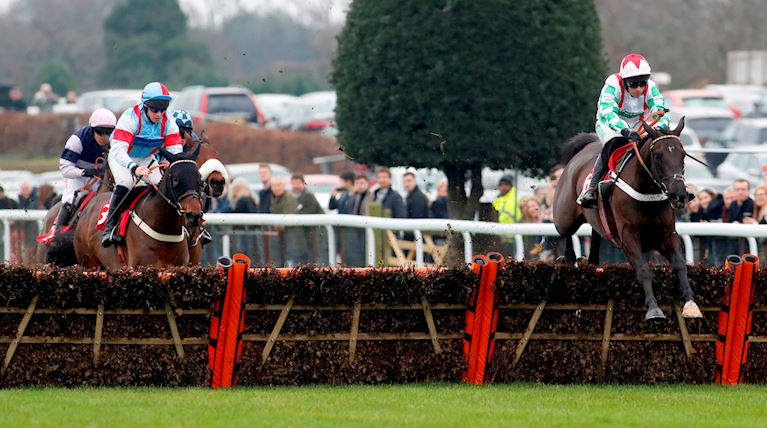 Owners Kate and Andrew Brooks won the Kingmaker in breathtaking style with Saint Calvados two years ago - this meeting could not go ahead last year owing to equine flu, and the Kingmaker was run seven days later at Sandown Park - and they will be hopeful of beating Nube Negra.

This race was won a decade ago by subsequent Cheltenham Gold Cup and dual King George VI Chase winner Long Run, has real depth this time and cases can be made for all the  runners, who include an Irish challenger in confirmed front runner Djingle, running here rather than take on Altior at Newbury.

The most valuable race at Warwick is the Paddy Power From The Horse’s Mouth Warwick Castle Handicap Chase, in which Venetia Williams’ eye-catching Cheltenham fourth Belami Des Pictons will bid to make up for a costly defeat at Kempton Park at Christmas.

Connections offered no explanation for his poor effort there, but his earlier unlucky-in-running Cheltenham effort suggests he is the one to beat if he can put it behind him.

A seven-race card also features the Paddy Power 31 Sleeps to Cheltenham Mares’ Hurdle, which is also sharing ITV4 coverage with Newbury and in which the market is likely to be headed by Paul Webber’s Indefatigable.

With her regular rider in flight while the race is being run, Richie McLernon takes over on Indefatigable, who hasn’t had a lot of luck but is nevertheless the stand-out on form, her three placings this season including seconds behind top-class mares Lady Buttons and Dame De Compagnie.

ENTERTAINMENT ON AND OFF THE TRACK AT WARWICK

Jockey Club Racecourses strives to ensure that there is much more for weekend racegoers to enjoy than merely the races themselves, although they remain the firm focus of course.

Warwick is no exception, and visitors on Saturday can enjoy an insight into all the work that goes on behind the scenes, try out an Equicizor (a mechanical horse used to train jockeys) to get a sense of the physical effort required in riding a Thoroughbred, and watch a painted horse demonstration in the parade ring with Rachel Keeble which shows the muscular, skeletal and fascial structure of the horse.

The main pre-racing attraction for most however will be the opportunity to see iconic jumpers from the past taking part in a parade from Retraining of Racehorses. 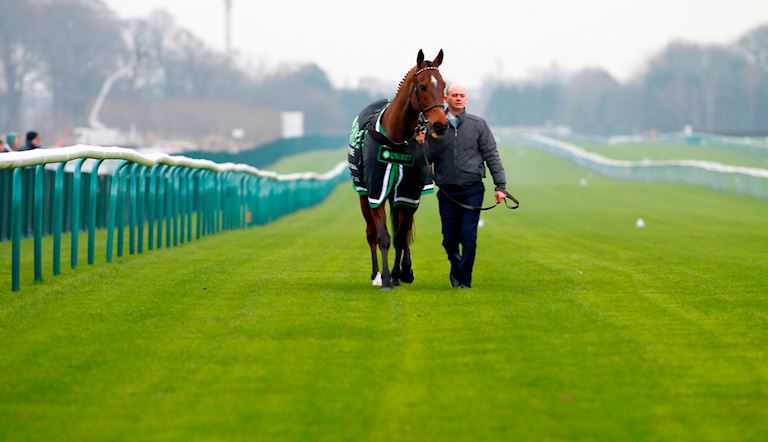 Among them will be The New One, winner of 20 races and just over £1 million in prize money, plus 2015 Cheltenham Gold Cup winner Coneygree and his half-brother the 2011 Hennessy Gold Cup winner Carruthers.

Also in the parade will be Miko De Beauchene, who is now 20 and whose success in the 2007 Welsh National was recalled earlier this week in the most poignant of circumstances, following the death of trainer Robert Alner.

Rugby fans will be able to follow Six Nations’ action between Ireland and Wales starting at 2.15pm, and the bars will be staying open for the Calcutta Cup clash between Scotland and England which kicks off after racing at 4.45pm.

POPULAR VETERANS OUT TO IMPRESS AT EXETER ON SUNDAY

Sunday’s meeting at Exeter features the first qualifier in the 2020 Veterans’ Chase Series, and there will be some old favourites on show here too in a field headed by former Scottish National winner Joe Farrell.

None of the 11 runners go to post in better form than Jepeck, who was produced in peak condition by Anthony Honeyball for the £100,000 veterans’ final at Sandown Park last month, where he just got the better of Regal Flow in a gripping finish.

Regal Flow is in the line-up once again, alongside former Cheltenham Festival winner Missed Approach and the evergreen Perfect Candidate, while Gordon Elliott is sending over Out Sam, who started favourite for the Ultima Handicap Chase at Cheltenham four years ago after an effortless win on this corresponding weekend for Missed Approach’s trainer Warren Greatrex.

A strong supporting card at Exeter includes a qualifier for Cheltenham’s Pertemps Network Handicap Hurdle, a Listed novices' hurdle in which four of the five runners are engaged at the Festival, and a Listed mares’ chase which has attracted Jessica Harrington’s 2019 Randox Health Grand National second Magic Of Light.

The Pertemps qualifier features some biggish names among a diverse field, among them former Albert Bartlett winner Kilbricken Storm, last year’s National Hunt Chase runner-up Discorama, who is returning to hurdles for Paisley Park’s owner Andrew Gemmell, and the fragile former Aintree bumper winner Portrush Ted, who is bidding to make it three wins from three starts over hurdles.

It’s a competitive race, and remember only the first six finishers will qualify for that all important place in Cheltenham’s Final.

Exeter also welcomes Help For Heroes, its nominated charity on the day. Help For Heroes will be displaying a mini-installation of thousands of small figures representing the 40,000 military people whose lives have been derailed by injury in the last 20 years.

Members of the public who donate to receive their own figure will be helping support wounded veterans, service personnel and their families for years to come.