GRAND NATIONAL WINNER ONE FOR ARTHUR HEADS TO HAYDOCK

Tiger Roll hogged most of the headlines when the Randox Health Grand National weights were revealed on Tuesday, but at Haydock Park on Saturday there’s an opportunity for another former winner of the race to put himself firmly in the frame for Aintree’s April 4 spectacular.

The £100,000 Unibet Grand National Trial Handicap Chase has attracted a clutch of Aintree hopefuls, but only one who has already been there, done it, and collected the T-shirt.

One For Arthur has run only five times since his famous Grand National win of 2017, and it’s fair to say his form has been somewhat mixed. However, he was far from disgraced in sixth behind Tiger Roll when returning to Aintree last year and Lucinda Russell has been bringing him back steadily for a third go in the race.

Russell has a phenomenal record in this race, having won it with Silver By Nature (twice) and Lie Forrit, and her partner Peter Scudamore reckons One For Arthur is in better form now than he was at the same stage three years ago.

The Two Amigos, a front-runner with a definite chance, isn’t entered for the Grand National but most of the others are. Among them are top weight Elegant Escape, another who has had wind surgery and a live chance both at Aintree and here, Yala Enki, who won this in 2018 and is the mount of Jockey Club Racecourses-sponsored jockey Bryony Frost

If that’s not enough, former Grade 1 Festival winners Unowhatimeanharry and Kilbricken Storm both run in a really good Pertemps Qualifier.

NICHOLLS DESTINED TO GO CLOSE IN KINGWELL HURDLE AT WINCANTON

Plenty of winners of next month’s Unibet Champion Hurdle feature on the Betway Kingwell Hurdle roll of honour, but Binocular was the last horse to win both races, and his Wincanton win in 2012 came two years after he had won at Cheltenham. 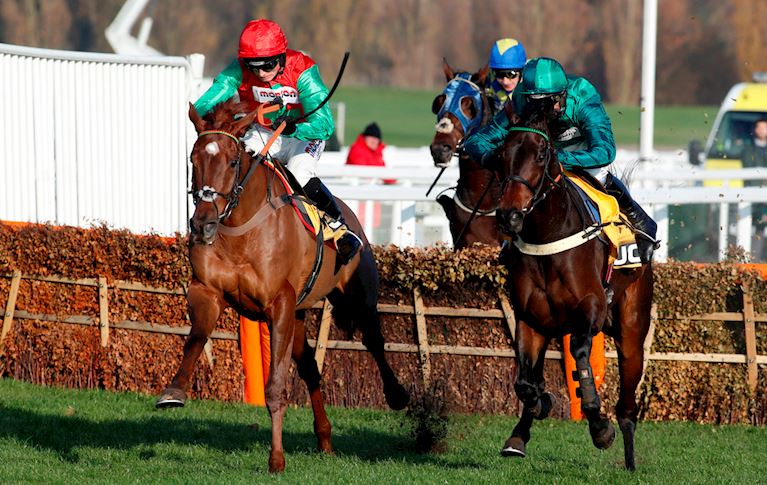 This year only 2018 Kingwell winner Elgin of the principals has a Champion Hurdle entry and he’s currently around a 66-1 chance for Cheltenham. He’s thought likely to need this first race in 19 months, but it will be great to see him back.

Ch’tibello, second to Elgin two years ago and a County Hurdle winner at Cheltenham last March, needs respecting, but this looks another good opportunity for the Paul Nicholls-trained Quel Destin, who beat odds-on Call Me Lord in another Champion Trial at Sandown Park a fortnight ago and won’t mind how testing the ground gets.

There are three competitive handicap chases and two open-looking handicap hurdles on the supporting card, while the opening novice hurdle has attracted some promising sorts too.

Fingers crossed then that the winds are less fierce than some are predicting.

The feature race for many at Exeter will be the first qualifier in the 2020 Veterans’ Chase Series, and none goes to post in better form than Jepeck.

Although also declared as a precaution at both Haydock Park and Ascot on Saturday, this is the preferred option for Jepeck, who was produced in peak condition by Anthony Honeyball for the £100,000 Veterans’ Final at Sandown Park last month and sets off on the road towards next season’s Final with an obvious chance.

Sandown Park runner-up Regal Flow is in the field again, along with the evergreen Perfect Candidate and more old favourites.

The supporting card includes a qualifier for Cheltenham’s Pertemps Network Handicap Hurdle, a Listed novices' hurdle, and a Listed mares’ chase, but perhaps the most exciting runner on the card is Master Tommytucker in the opening novice chase.

Although nine now, Master Tommytucker is low mileage and remains a horse of considerable potential. Remember he had yet to be headed when falling four out in the Grade 1 Kauto Star at Kempton Park on Boxing Day.

A smooth win here will put him right in the picture for something at The Festival, presented by Magners.

Market Rasen’s six-race card celebrates the local community on its Love Market Rasen Day. And why not? There’s plenty to love about the town and the racecourse.

Jump Jockey Championship leader Brian Hughes is among the top riders in action, and his rides include the hat-trick-seeking novice Black Pirate in the feature Love Lincolnshire Wolds Handicap Hurdle. 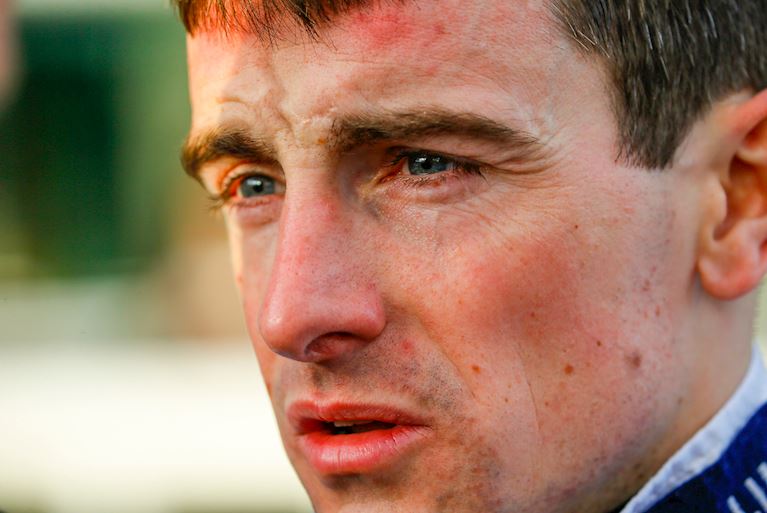 Hughes’s hopes of building an unassailable lead while Richard Johnson is sidelined have been compromised by the numerous recent abandonments, but Black Pirate is a horse on whom he has already won at Wetherby and Kelso this season.

It might not be a card on which to spot future Cheltenham winners, but Sean Bowen, Jonathan Burke, Harry Skelton, Sam Twiston-Davies and Tom Scudamore are among the other top jockeys in action, and Market Rasen is a course at which it’s possible for the public to get really close to them.

CHAMPION MURPHY BACK AT KEMPTON AFTER PROVING BIG IN JAPAN

It’s not all about the Jumps and Kempton Park welcomes back 2019 champion jockey Oisin Murphy following his hugely successful winter stint in Japan.

Remarkably, Murphy finds himself up against French champion Pierre-Charles Boudot in a four-runner field for the 32Red Conditions Stakes, a Fast Track Qualifier for the Good Friday Finals at Lingfield.

On paper both horses have it all to do against Mark Johnston’s King’s Advice, an eight-time winner in 2019, but there’s no doubt the presence of champion jockeys from both sides of the channel on a Flat card at this time of year is a coup for Kempton Park.