BEWARE THE VOLCANO – PINATUBO PRIMED TO ERUPT AT NEWMARKET

There’s never been a weekend quite like it. It was the very worst of circumstances which brought us here, but now that we are able to race again, the race programme which has been put together could hardly have been bettered.

No-one looking at the top-class cards at Newmarket and Haydock Park can say they haven’t been worth waiting for.

Flat racing’s headquarters, where the sport has already been held behind closed doors twice this week, stages two truly fabulous cards and welcomes back the highest-rated two-year-old in 25 years when Pinatubo goes to post a red-hot favourite for Saturday’s QIPCO 2000 Guineas.

Pinatubo showed so little at home prior to his two-year-old debut that he was started off at Wolverhampton. But it was not for nothing that he had been named after a volcano, for just as some erupt with little or no warning, so too did Pinatubo.

Charlie Appleby’s colt went through 2019 unbeaten in six races and signed off with an official rating of 128. This, courtesy principally of a stunning nine-length defeat of Armory and the Guineas second favourite Arizona in the Group 1 National Stakes at The Curragh, which was run on similar ground to that which is forecast for Newmarket.

Frankel, also unbeaten at two, was rated 2lb inferior at the same stage, and nobody will forget his stunning six-length win in the 2000 Guineas in 2011, when he dominated from the word go and was a mile clear at halfway.

On the ratings you wouldn’t put it past Pinatubo to win by a similar margin, for he is rated 12lb superior to Arizona and has 10lb in hand of the Vertem Futurity winner Kameko on two-year-old form. However, that’s assuming he has made the expected progress since we last saw him seven months ago, and it’s worth remembering Pinatubo is not a colt who gives many clues at home.

He was a fabulous two-year-old, but there’s a chance that others will have made much more progress than he has. At this stage that’s all guesswork, but that question mark is no doubt why he is a relatively generous price. Strictly on form he ought to be 2-1 on, or even shorter.

Aidan O’Brien has already won the 2000 Guineas a record-breaking 10 times and takes on Pinatubo with a team of four.

Ryan Moore has opted for Arizona, who has already been beaten twice by Pinatubo, and while the colt is said to have done particularly well many punters will be drawn to the booking of Frankie Dettori for Wichita.

It’s not always the Ballydoyle first string that prevails in these circumstances, and Wichita is a classy colt in his own right. So too is Royal Dornoch, who is Tom Marquand’s first ever ride for the stable.

It hasn’t been possible to gauge how forward the O’Brien team are this time, but there are no such concerns where Kameko’s trainer Andrew Balding is concerned, as runners from Kingsclere have shown themselves to be in fine form all week. 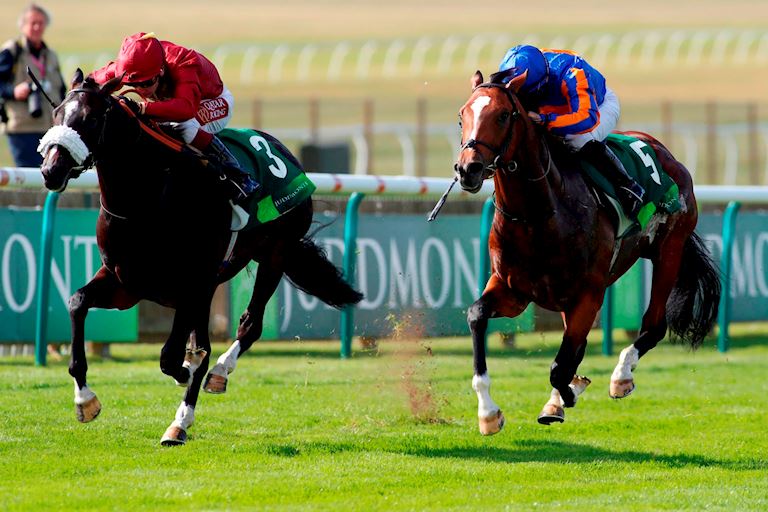 There are other interesting candidates too and four of them are, like the favourite, unbeaten. Among them are current Investec Derby favourite Military March, who will be a first Classic ride for Hector Crouch and is bidding to give Saeed Bin Suroor a first 2000 Guineas win since Island Sands in 1999.

Kenzai Warrior, whose trainer Roger Teal went close two years ago with Tip Two Win, is also likely to figure. While Tip Two Win was a rank outsider when finishing ahead of the likes of Masar and Roaring Lion, Kenzai Warrior is already a Group winner and Teal has been making very positive noises about him.

Godolphin could already have a significant win on the board by the time Pinatubo and Military March go to post, with betting on the Group 2 Betfair Dahlia Fillies Stakes is likely to be dominated by two of its contenders.

Charlie Appleby’s Magic Lily has strong claims on her Dubai form and only her top-class stable-mate Barney Roy denied her a hat-trick of 2020 wins when beating her in a Group 1 at Meydan in March.

John Gosden, who later saddles leading Investec Derby fancy Waldkonig in the 1m 2f Listed race, is also entitled to fancy his chances here with Terebellum, who carries the same colours and was a Group 2 winner in France last year.

A bumper nine-race card also features the Group 3 Betfair Supports Racing Welfare Palace House Stakes, in which market leaders Judicial, Major Jumbo and Moss Gill head a formidable team of nine who will be travelling down from the North.

There are also five decent handicaps. It’s hugely frustrating that for the time being we can’t be on course enjoying such wonderful sport first hand, but your armchair with ITV Racing or Racing TV will be the best seat in the house. Stay-at-home punters are in for a treat.

QUADRILATERAL CAN BE CHARLTON’S SUNDAY BEST

If nine quality races on one card aren’t enough for you, Sunday’s Newmarket card has 10!

The obvious highlight is the QIPCO 1000 Guineas, and it offers one of racing’s classiest acts a great opportunity - Roger Charlton’s Fillies’ Mile winner Quadrilateral looks a worthy favourite.

Back in 1990, just a couple of months into his first season, Charlton won the French Derby with Sanglamore and then just three days later at Epsom landed the Derby with Quest For Fame. Who could have guessed then that he would still be awaiting a third Classic?

Quadrilateral, like Pinatubo, is unbeaten, and she showed class, stamina and guts when beating Powerful Breeze over the course and distance on her final start. She could well be a first Classic winner for rising star Jason Watson. 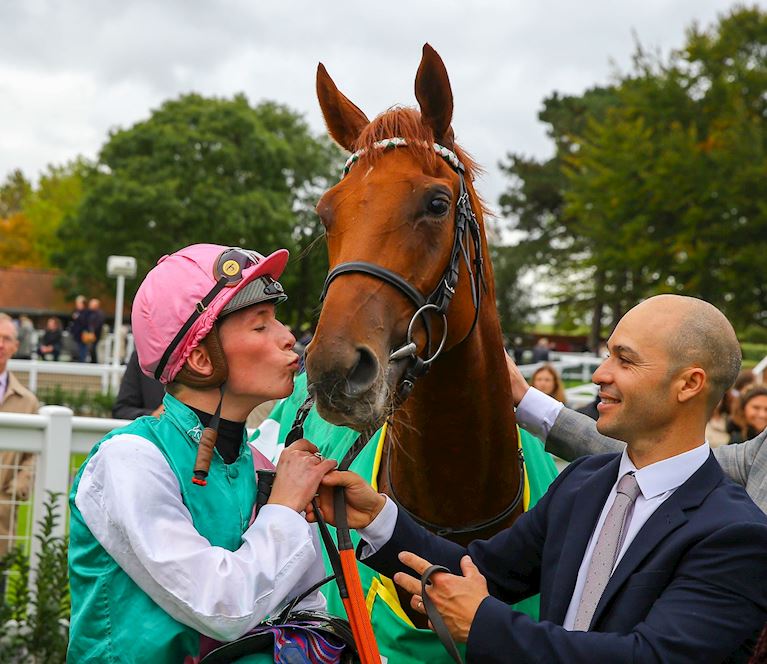 Jessica Harrington’s Millisle showed form of a similar level when beating Raffle Prize in the two furlongs shorter Cheveley Park Stakes, and she is possibly the one to beat.

She’s not a certain stayer, but she’s a great ‘spare’ for Oisin Murphy, who takes over in the saddle to save Shane Foley from two weeks' quarantine on his return to Ireland.

This is no two-horse race, however, and there are plenty of live alternatives. Fillies are very well catered for on Sunday’s supporting card and the Betfair Pretty Polly Stake is traditionally a much better race than its Listed status implies, with a host of Investec Oaks possibles entered, as usual.

This is the race that the great Ouija Board won by six lengths en route to an equally impressive win at Epsom Downs in 2004, and more recently it went to another outstanding filly in Taghrooda, who was one of four winners in the last six years for John Gosden.

Gosden saddles two strong candidates in Run Wild, who is the mount of champion jockey Oisin Murphy, and Tempo Vuelo, who will be ridden by Frankie Dettori.

Sunday’s Group race action is by no means confined to Newmarket, for another ten-race card at Haydock Park features both the Betway Brigadier Gerard Stakes and the Betway Pinnacle Stakes.

The Brigadier Gerard has been a staple at Sandown Park for decades. The re-worked race programme means it has been switched north, but it loses nothing in quality for the transfer.

Far from it, as it’s a really strong renewal, featuring established Group performers like Bangkok, Elarqam, and Telecaster, plus one of last autumn’s biggest improvers in Lord North.

Fanny Logan and Manuela De Vega both have strong claims in the Pinnacle, which is also a Group 3, while a strong field for the Listed Betway Spring Trophy includes last year’s winner Safe Voyage, who is unbeaten in four races at the track, and Jersey Stakes runner-up Space Blues.

You might not be able to join us at the track, but what a weekend you have in store.