The great thing about horseracing is that just as one month of thrilling action finishes, another begins.

July threw up some sensational performances from Serpentine in the Derby and Love in the Oaks, Ghaiyyath and Enable doing battle at Sandown Park in the Coral-Eclipse and a Moet & Chandon July Festival to remember at Newmarket, albeit without a crowd being there to witness any of it.

We might not be able to welcome you back to the track just yet, but we do have some great action in store for you at Newmarket and Sandown Park this weekend, all of it live and uninterrupted on Racing TV.

So, if you want to get a head start on your friends and family, we’ve picked out five things you need to know about the runners and riders at the two fixtures…

IT’S TIME FOR MAK TO GET BACK ON TRACK

Glorious Goodwood has dominated racing’s landscape this week and some fine racing we’ve seen there too.

But as the Sussex festival comes to an end on Saturday it’s interesting that champion jockey Oisin Murphy chooses to stay closer to home to ride at Flat Headquarters Newmarket instead.

In the first of two Class 1 races on the day – the Listed British Stallion Studs EBF Chalice Stakes at 3.15pm – he pairs up with Katara, a filly out of Deep Impact and trained by Sir Michael Stoute. Currently she’s the 5-2 favourite, despite her only win coming last time out on the all-weather in a Class 5 contest at Kempton Park.

You’d expect the standard to be somewhat better here than it was that day and there are others on offer with more experience at this level. One of them, Expressionism, has won a Class 3 and finished fourth of 12 in a Class 1 - although both those appearances were on an artificial surface and more than nine months ago.

The more experienced fancy, then, might be the 9-2 shot Makawee, who won twice in her first three starts last season. She might not have converted her chances since but she’s nothing if not consistent, having been placed in six of her last eight races. She’s used to this sort of standard and seems to prefer a trip around this 1m 4f mark.

Saturday’s other Class 1 contest just 35 minutes later is the Gloriously Simple With MansiuonBet Further Flight Stakes. This is another Listed race and what it lacks in depth it more than makes up for in quality. 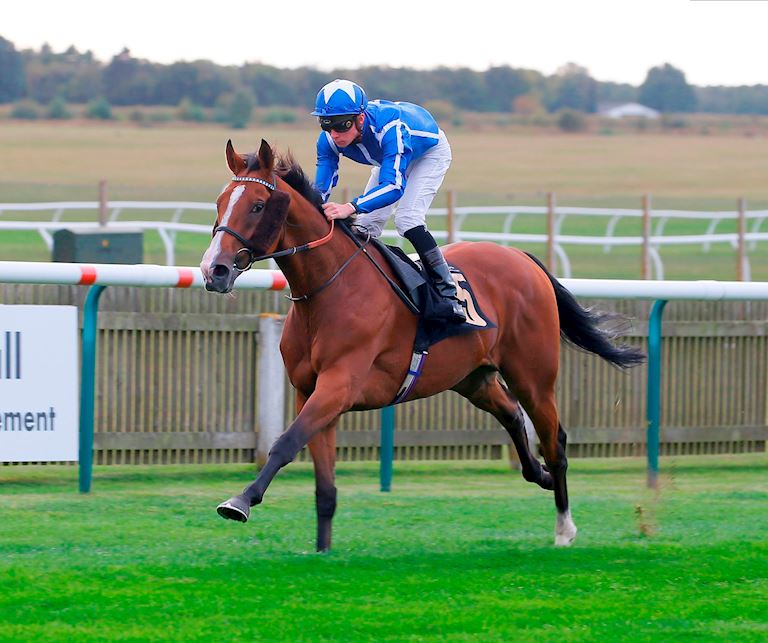 The most eyecatching of the four runners is Withhold, the 2017 Cesarewitch winner and a one-time Melbourne Cup hopeful. At seven he’s three years older than all of his rivals here, but he is unbeaten on Newmarket turf, albeit his two wins at HQ have been over at the Rowley Mile rather than the July Course where Saturday’s action takes place.

Withhold, trained by Roger Charlton and ridden this time by that man Murphy, is owned by the Brighton & Hove Albion Chairman and racing fanatic Tony Bloom and victory here would be the icing on the cake after his club survived relegation from English football’s top tier at the end of the month.

Any one of these four could stake a claim over the 1 mile 6 furlongs but the bookies rate the danger as Moonlight Spirit for the Charlie Appleby and Will Buick combination.

Second in the Qatar Prix Chaudenay on Prix de l’Arc de Triomphe day at Paris Longchamp last year, he’s been seriously disappointing in last in his two starts this season, finishing last on both occasions, and the blinkers going on this time feels a little bit like a hopeful roll of the dice.

As a footnote the outsider of the field, Vivid Diamond, was due to be ridden by Franny Norton here. Unfortunately for Norton he flew to Spain to celebrate his 50th birthday this week and as a result of the change in travel protocols now has to miss all four of his rides on Saturday to quarantine for 14 days instead.

REPEAT VICTORY WOULD BE SO NICE FOR CURTIS

Time to switch from horses we know a fair bit about to some we know very little of. That’s no-one’s fault – they’ve just not been seen many times on a racecourse.

Six two-year-olds line up in the European Bloodstock News British EBF Fillies’ Nursery over 6 furlongs and of these only two have made it into the winners’ enclosure.

Basilicata for trainer Mark Johnston already has two seconds and a victory to her name from three starts at seven furlongs so we’ll have to see how she enjoys a stiffer 6 furlongs here.

The other with a win to her name is She’s So Nice, whose partner Ben Curtis was the same man on board when she scored nicely at this same track over the same distance just over three weeks ago.

Of the remaining four it wouldn’t be a surprise to see Famille Rose break her duck after two decent second placed efforts at Leicester and Haydock Park.

But we’ll stick with She’s So Nice, who you can expect to hit the front early and stay there.

BELL’S FILLY MIGHT JUST BE WORTH KEEPING ON SIDE

Sunday’s Sandown Park card contains eight Class 5 contests which might prove as difficult to solve as the cryptic crossword you started with a coffee the same morning. Still, we like a challenge, and we might just have found one of the answers in the Kingston Fillies’ Handicap at 2.50pm.

By My Side, trained by Michael Bell and ridden by Kieran Shoemark, was second over the same 1m 1f trip in July here at Sandown Park, so there are no doubts about the track.

She stayed on and finished nicely that day and any improvement on that performance could well see her go one better. 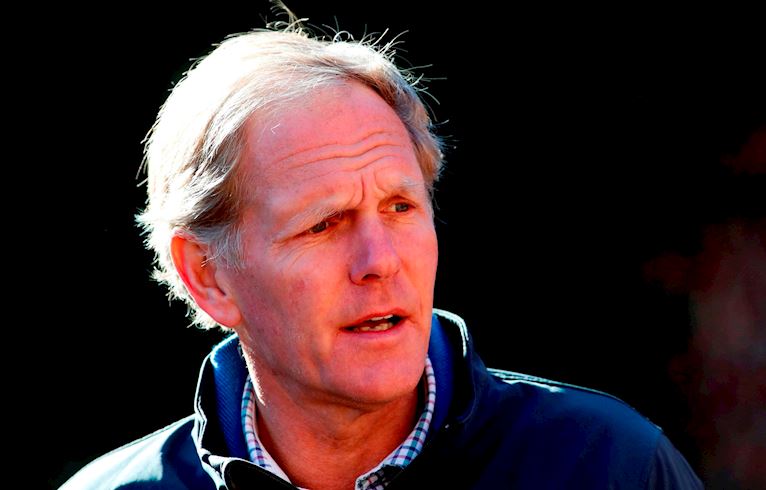 South Coast is likely to start favourite but her last appearance on a racecourse was 304 days ago so she’s entitled to need the run.

And while No Nay Bella might attract some interest as the only runner in the race with a win under her belt, she’s been tried over three different distances in four runs so far and none of them were over this distance.

The main danger, then, could well be John Gosden’s Paradise On Earth. Second over a furlong further than this at Chelmsford at the beginning of last month, she was only headed in the dying moments, so you can see why she’s being tried over a shorter distance.

If you’re new to this column or just new to the sport there’s still a chance you’ll have heard of Sir Mark Todd – and not for his successes in horseracing.

Aged 63, New Zealander Sir Mark retired last year from eventing to concentrate on training Flat horses in the UK. In a glittering career as a rider he won six Olympic medals and two World Championship golds.

By comparison his exploits as a racehorse trainer have been rather low key, but he did get one winner under his belt at Leicester in June and some nice horses are finding their way into his yard.

In the Cobham Handicap at Sandown Park on Sunday, he runs Tippler with Shane Kelly on board. A one mile race for three-year-olds, this looks fairly competitive and the concern for Sir Mark might be that his gelding didn’t enjoy the extra furlong last time out after two runs at 7f beforehand.

The preference, then, might be to pick between the only horse in the field to win last time out – Wild Hero – and Ralph Beckett’s filly Calatrava, who has two seconds to her name in her only two runs this season.

The latter is relatively fresh after being kept at home throughout July and there was no shame in her defeats, especially when a surprise 20-1 runner-up at Chelmsford on June 8th.

Wild Hero’s victory at Leicester on July 7th was in a smaller field than this and on Good to Soft ground that the gelding definitely won’t get here.

Trainer Andrew Balding hasn’t been having his best week at Glorious Goodwood and, as it stands, has only two victories to his name in the past fortnight. It wouldn’t be a surprise to see that change here though.