With the likes of Glorious Goodwood and the Galway Festival ending last weekend and York’s Ebor Festival still over a week away, anyone predicting a quieter week on the news front would have been a little off the mark.

We received the positive news that ITV will continue as the exclusive free-to-air broadcaster of British horse racing until 2023 after a deal was reached with racing’s major stakeholders. We simply couldn’t be more delighted.

Their cameras return to our venues - Haydock Park and Newmarket – on Saturday where there’s Group race action at both! With nine races up at our Merseyside track and eight on the July Course there’s plenty to get your teeth stuck into.

Here’s what you’ll need to know…

The Group 3 Betway Sweet Solera Stakes is a race we always look forward to and has been won by some smart fillies down the years including multiple Group 1-winner Soviet Song.

As we would expect, the Mark Johnston team have been in good form since the resumption of racing and Dubai Fountain will seek to complete a hat-trick of wins in the race for the Middleham Yard following on from Main Edition in 2018 and West End Girl 12 months ago.

The filly lost her unbeaten record in the Star Stakes at Sandown Park 18 days ago but still performed creditably under the fastest conditions she has faced. With in-form rider Silvestre De Sousa on board for the first time she would look to hold a very fair chance. 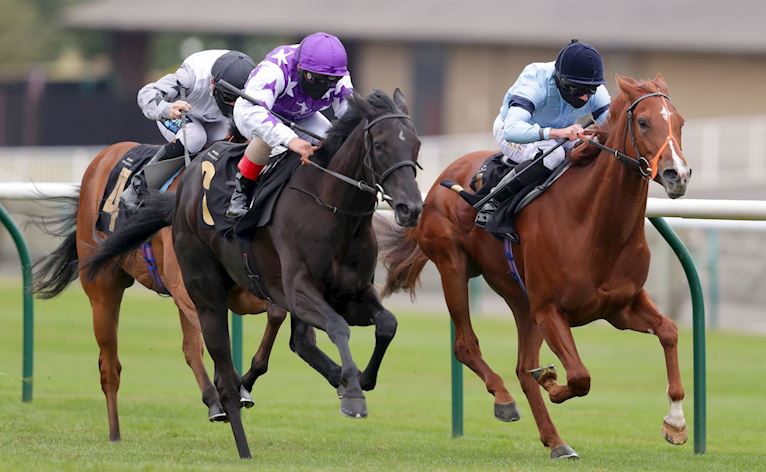 A head behind her that day was Setarhe, who also lines up in this seven furlong contest. The Roger Varian-trained filly impressed first time out on the Rowley Mile before finishing second in the Albany Stakes at Royal Ascot.

One of the likely favourites could be Fly Miss Helen, a debut winner at Newbury during the middle of last month and could be anything, while Godolphin’s Danilova made a breakthrough success over course and distance a week ago and takes a step up in grade.

It has not been long at all since Hollie Doyle was snapped up by Derby-winning owner Imar Al Sagar and she’s already off the mark as his retained rider.

She partners Extra Elusive in the Group 3 Rose of Lancaster Stakes at Haydock Park, her most significant ride in the new role so far.

The duo will have to overcome favourite Global Giant, one of a handful of rides on the day for Frankie Dettori. These two met at Newbury last time out with the latter getting the best of the argument by a comfortable length.

Sir Michael Stoute last won this race back in 2011 with Class Is Class and he saddles Zaaki in this year’s renewal. He’s taking a step up in trip from a mile but his last win came over nine furlongs which provides some optimism.

Of the others, Fox Tal hasn’t helped himself with his over-racing tendencies in his two runs back but he has the ability to play a role should he consent to drop his head.

Thirty-five minutes before the days feature race, we get to see the return of Group 1-scorer Veracious in the Dick Hern Stakes.

She won the Tattersalls Falmouth Stakes last summer before signing off with an honourable fourth in the QEII on Champions Day and it's great to see her back as a five-year-old. All being well she’ll be tough to beat but the younger brigade will be attempting to do just that.

Hector Crouch gets the ride on Final Song, who brings Classic form into the mix having finished fourth to Love in the QIPCO 1000 Guineas. 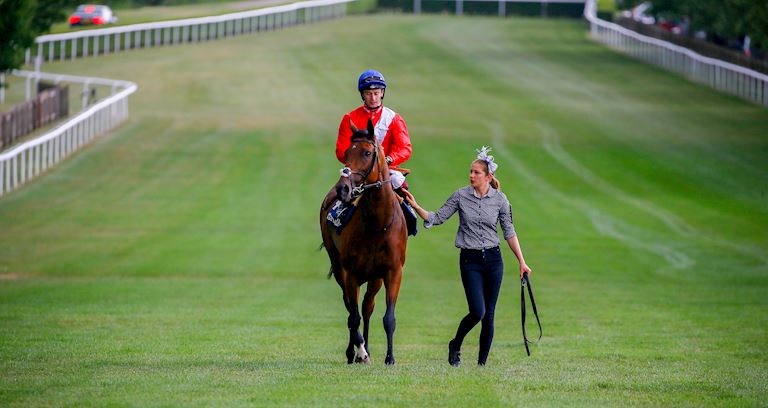 Festive Star looks a filly on the up for the Simon & Ed Crisford team after winning a competitive fillies’ handicap at Newbury last month with one of today’s rivals Tomorrow’s Dream in behind.

At the bigger prices, Wejdan could outrun her odds having showed a glimmer of promise in a three-year-old Listed contest over seven furlongs here back in June.

Despite starting odds of 40/1, Emissary’s performance in the Investec Derby can still go down as disappointing and this half-brother to Workforce is now dropped into a handicap by Hugo Palmer in the hope of getting back to winning ways.

After just three lifetime starts there could be significant potential still there however his four opponents in the Play 4 To Win At Betway Handicap are likely to offer a significant challenge.

Two weeks ago we saw the grey Data Protection win quite nicely over the same course and distance under Nicola Currie and his consistency is his forte.

Top-weight Harrovian was last seen finishing down the field in the John Smith’s Cup and could prove vulnerable once again under apprentice Oli Stammers.

At the other end, Cognac has the profile of a steady improver and steps up to the mile and a quarter trip for the first time which on appearances could be a positive despite the breeding perhaps saying otherwise. Foolish to underestimate a Johnston runner wouldn’t you say?

FILLIES’ NEWCOMERS TO OFFER PLENTY OF CLUES FOR THE FUTURE

Newmarket’s card on Saturday begins with a race for fillies that have never run before and with some typically potent pedigrees in there it could be a race to watch over and over again.

Godolphin had the one-two in the race 12 months ago and they have two challengers again this time in the shape of Looktotherainbow and Late Morning.

The former, the choice of William Buick, is a half-sister to none other than multiple Group 1-winner Ribchester.

John Gosden saddles Wakening for HM The Queen who also catches the eye on pedigree. By the prolific Dark Angel, her dam was a Listed winner in France for Godolphin.

The King Power Racing juveniles haven’t been setting the world alight recently, however Arion Fox could be of significant interest here. By one of the most exciting sires of the moment Kingman, she is a half-sister to Ultra Violet, who scored on debut at the July Course over six furlongs last year.