Nicholas Wrigley appointed as the new Chairman of Aintree Racecourse

Nicholas has a wealth of experience of the racing industry and is currently Chairman of investment bank N M Rothschild & Sons Limited.

He was the Senior Steward (Chairman) of The Jockey Club - one of the leading organisations in British Racing, which runs Aintree Racecourse - between 2009 and 2014, having been appointed as a Jockey Club Member in 1994.

Since 2019, he has been Chairman of The National Stud in Newmarket, which is also owned by The Jockey Club.

Nicholas has been on the York Race Committee since 1992, serving as Chairman from 2005 to 2011. He is also a Director of Pontefract Racecourse.

He is also an active racehorse owner and breeder with involvement in both Flat and Jump Racing.

Sandy Dudgeon, Senior Steward of The Jockey Club, said: "I would like to thank Nicholas Wrigley for agreeing to become Chairman at Aintree at such a sad time, following the death of Rose Paterson. Rose was a wonderful woman who contributed greatly to the racecourse and its community. It is only fitting that she is succeeded by a person with Nicholas's vision, knowledge and track record."

Nicholas Wrigley said: "I would like to start by paying tribute to Rose, who displayed such outstanding leadership and passion during her tenure as Chairman of Aintree Racecourse. It was a great honour to serve on the Aintree Committee with Rose as she showed huge enthusiasm and commitment to Aintree and the community.

"The Randox Health Grand National is the greatest Jump race in the world and I look forward to supporting The Jockey Club team at Aintree to deliver a thrilling three-day festival in April 2021 and build on the outstanding work that has been achieved with the local and racing communities."

Dickon White, who runs Aintree as North West Regional Director for Jockey Club Racecourses, said: "It has been a challenging year for Aintree Racecourse, with the cancellation of the 2020 Randox Health Grand National Festival due to the COVID-19 pandemic and the very sad loss of Rose Paterson in June.

"However, Aintree's new Chairman, Nicholas Wrigley, brings with him a wide breadth of experience of the racing industry and a passion for the sport. We are working extremely hard to deliver the best ever Randox Health Grand National Festival in 2021 and I am sure having Nicholas on board will prove invaluable." 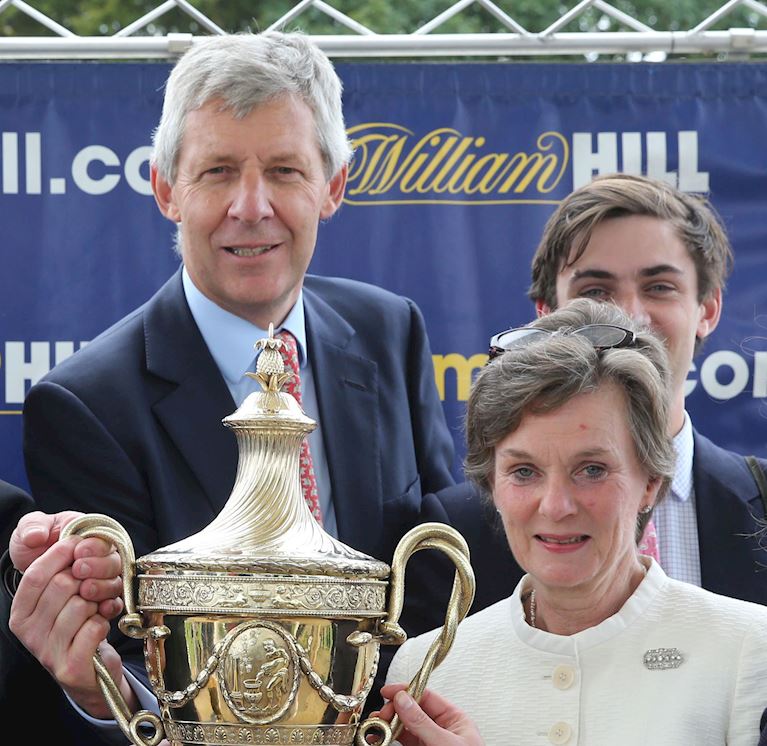 Aintree is part of The Jockey Club which stages thrilling sporting occasions including The Randox Health Grand National, The Derby Festival and The Festival™ presented by Magners. Millions of people every year enjoy the special experiences The Jockey Club offers through racing, music, food and entertainment. Governed by Royal Charter, every penny made goes back into British Racing to help the sport thrive. The Jockey Club was founded in 1750 and today is the largest commercial group in Britain's second-biggest spectator sport, operating 15 racecourses nationwide, The National Stud, Jockey Club Estates, Jockey Club Catering, Jockey Club Live and the charity, Racing Welfare. For more information, visit www.thejockeyclub.co.uk