In three weeks’ time we’ll be looking ahead to one of the highlights of the season at Newmarket, the Emirates Cesarewitch.

A handicap for Flat horses over 2 miles might not be everyone’s cup of tea, but it’s a fantastic test of stamina and ability which has rewarded some great horses down the years. With a field of around 30 runners it’s also quite the spectacle.

This weekend is Cesarewitch Trials Day, named so because race at 3.50pm is the Close Brothers Cesarewitch Trial. And while it might not (confusingly) offer much insight as to where the winner of the big race will come from on October 10th, it does promise to be hugely competitive.

Here we take a look at the trial and four other things we think you should know about Saturday’s racing.

MITCHELL’S TRIAL HOPEFUL PRIMED TO GO LIKE THE WIND

Ok, so let’s get the confusing bit out of the way. The Close Brothers Cesarewitch Trial might be a trial for the Emirates Cesarewitch in three weeks, but the winner rarely goes on to repeat the feat next month.

That’s not to say the form won’t help you come October 10th. Just be aware that the last three winners of the trial have gone on to finish 27th, 24th and 10th when running in the big race itself.

So, what of the leading contenders of the 10 who line up this Saturday?

Smart Champion for trainer David Simcock might is well used to this trip of 2 mile 2 furlongs and is around 4-1 with most bookmakers. But the fact he’s only won once since 2017 and that was on the all weather is a major concern.

Platitude will be another who starts at a relatively short price, but his trainer Amanda Perrett has entered him in this knowing that it’s further than he’s ever attempted before and that he’s never got his head in front over 2 miles.

The Cesarewitch itself is often seen as a big opportunity for National Hunt horses to win on the Flat. And with Willie Mullins having won the last two renewals there’s a school of thought that horses with form over longer distances on Jumps tracks are the ones to favour.

That’s why there’s plenty to like about Roger Teal’s Ocean Wind, a horse who not only has a win over 2 miles to his name this year, but also finished a creditable sixth in the Champion Bumper at Jumps HQ in this year’s Cheltenham Festival six months ago.

Jockey Jack Mitchell was the man on board when he won at Lingfield over a much shorter trip of 1 mile 3 furlongs last month and you’d expect them to go close again here.

Close Brothers sponsor the whole card at Newmarket on Saturday and their Asset Management EBF Stallions Fillies’ Handicap at 4.25pm pits some horses with lots of racecourse appearances to their name against others with very little. 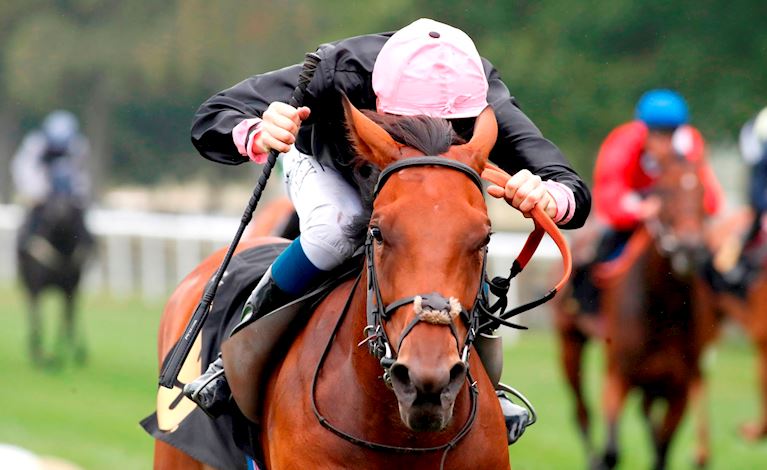 Of those falling into the latter category you’d expect Angel Fairy to be there or thereabouts, especially after overcoming a sluggish start to finish a good second at Sandown Park last time out. Just bear in mind this is only her fifth start.

Alan King’s Chicago Doll, on the other hand, has lined up 13 times, including when second at Newmarket on the same ground last year. Problem is, she carries top weight here.

So, in a competitive field it might just fall to Folk Dance, who won on the July Course almost a month ago to the day.

She’s been beaten once since then - at Lingfield - and despite this being the furthest distance David Simcock’s filly has tried, the nature of her win at the Rowley Mile in August suggests dropping back in trip will suit her.

GUINEAS CONTENDER CAN SHOOT FOR THE MOON

The first race on the card is for two-year-old fillies and, run over a mile, might just provide us with some insight ahead of next year’s QIPCO 1000 Guineas.

The favourite in tomorrow’s five runner race, Monsoon Moon, carries the Frankel and Enable colours of Khalid Abdullah and while bookies have her at what sounds like a big priced 33-1 for the second Classic of next season, there’s a lot that can happen in eight months.

A win here, for example, would certainly shorten her price for the 1000 Guineas in 2021. In truth we only have a third place of six runners at Ascot two weeks ago to go on, but John Gosden’s filly is a short-priced favourite here for a reason.

Of the four rivals Charlie Appleby’s Sayyida and Gosden’s second string, Haija, make their debuts and are something of an unknown quantity. Mizaaj and Naflah both finished fifth on their only racecourse appearances.

One thing’s for certain, we’ll know a lot more about these five at 2.15pm tomorrow than we do now.

Dane O’Neill rode a short-priced favourite for owner Hamdan Al Maktoum to win the second race on this card last year and we wouldn’t bet against him doing just that 12 months later.

Manaabit went into 2020 as an unraced three-year-old and after finishing last of 10 on the all weather at Wolverhapton on debut in January has shown nothing but improvement.

Three wins later, including at Ascot in July, and trainer William Haggas has every reason to be confident going into this Close Brothers Asset Finance Fillies Handicap, especially after a rest and more than two months off the track. 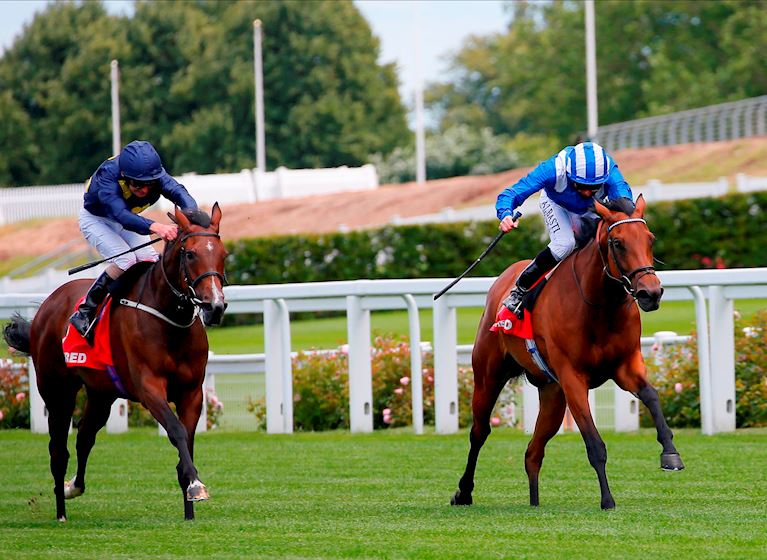 Those posing the most danger (on paper at least) would be Lady Lynetta, a two-time winner on good ground including here at Newmarket last September, and Mostly.

The latter, trained by that man Gosden, is lightly raced herself. But it remains to be seen if her second place in a big field of 20 at this track last October was down to the ground being much softer than this.

EVE’S SPRINTER HAS ALL THE STYLE

Charlie Hills knows a thing or two about sprinters, as those of you familiar with the brilliant Battaash will know.

In the 5pm Close Brothers Premium Finance Handicap he runs Dulas with Ryan Moore on board. This horse might not have set the world alight on debut at Newmarket’s other track, The July Course, last summer but won nicely enough at Newcastle two starts later.

Last seen in mid-June when a somewhat disappointing eighth of 10 at Doncaster, Hills should fancy him to improve on that here.

But it’s Eve Johnson Houghton’s My Style who we think should be on your radar, especially having won his last two outings, including over the same track, trip and good to firm going he’ll get here.

Until that Newmarket run in August this year he’d been consistently knocking on the door with fifth and third places and even a second at Bath. Having broken his duck and backed that up at Ascot three weeks later the signs are that he can kick on and take this too.

Of the rest Jedd O’Keefe’s experienced six-year-old Breanski is a worthy contender, but there will be concern that he’s failed to win in 10 attempts since he last scored at Doncaster more than a year ago.

FIVE THINGS YOU NEED TO KNOW ABOUT THIS WEEKEND’S RACING