It’s been a challenging week for the industry after the government announced further Covid-19 restrictions which could mean the sport doesn’t get spectators back for a further six months.

The pandemic has already had a significant impact across sport as a whole and the consequences of this latest development are yet to be fully realised.

That has also meant that the three day pilot scheme at the Cambridgeshire Meeting has been cancelled with the fixture continuing behind closed doors.

However, Newmarket’s Cambridgeshire Meeting is one to savour and it all concludes on Saturday with the feature race itself, the bet365 Cambridgeshire Handicap. There’s a mouth-watering supporting card including two Group 1s and a Group 2, all of which for juveniles.

We welcome back Nottingham on Sunday where the Conditions Stakes at 2.10pm is a Derby Wild Card entry race, which as it says on the tin means the winner gets a free ticket to the 2021 Epsom Derby.

While 2020 is a year not many of us are going to look back on fondly, one man who has some reason to be cheerful is Tom Marquand. Two weeks ago he notched his first Classic success with victory on Galileo Chrome in the Pertemps St Leger.

There’s every chance he can top the headlines again as he partners Sinjaari for the first time in the bet365 Cambridgeshire for trainer William Haggas. The four-year-old son of Camelot looked a potential Stakes class horse early last year when finishing a short-head behind subsequent Group 2-scorer Headman at Newbury. Things didn’t go forward as might have been expected but this year he may just make amends.

He returned in July with a good success in the John Smith’s Cup at York beating Certain Lad into second place, who has upheld the form in no uncertain terms since. 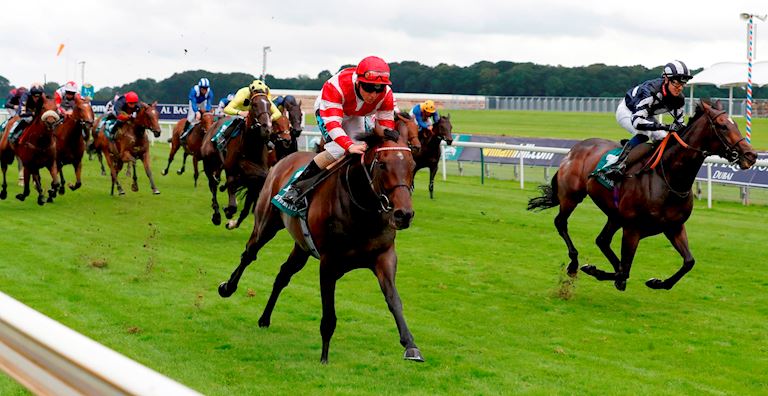 Certain Lad heads the weights in this with 9st 12lbs and shouldn’t be completely underestimated with the very able George Bass taking 7lbs off.

One of the most improving in the line-up could be the Roger Charlton-trained Tempus, who has a beautiful Juddmonte pedigree. Having been awarded the race on his first run back this season at Newbury, he won nicely at Ascot last time out over a mile and must be a serious threat to all.

The ultra-consistent Montatham has been quite busy this since the resumption of racing and has finished in the first two on each occasion, while John Gosden will be looking to win the race for a third year in a row courtesy of Al Rufaa.

For die hard racing fans, this year’s renewal of the Group 1 Juddmonte Middle Park Stakes is one to get extremely excited about.

Won 12 months ago by the highly regarded French challenger Earthlight, this time around there’s some potential top-class colts squaring off against one another.

Trainer Owen Burrows has some depth in his two-year-old department and Minzaal looks the best of those. He caught the eye on debut at Ascot and duly broke his maiden status next time easily at Salisbury. Despite doing a few things wrong in the Gimcrack Stakes he won very well and is clearly highly talented.

Frankie Dettori gets the ride on the unbeaten Method, who has style and substance in terms of what he’s done on his first two starts. He pulled over four lengths clear of Fev Rover on debut at Doncaster and that filly has gone on to Listed and Group race success since.

While these two have appealing profiles, the highest-rated in the line-up is the Irish challenger, Lucky Vega, who met trouble in running in the National Stakes at the Curragh a few weeks ago.

Clive Cox saddled Golden Horde to finish second in this race last year and this time he has an equally promising colt in the shape of Supremacy. He came right away from his rivals in the Qatar Richmond Stakes and we just don’t know yet how good he is.

Tactical, sporting The Queen’s colours, must also rate a player despite disappointing on soft ground at Deauville last time. Previous to that Andrew Balding’s charge won the Tattersalls July Stakes on the July Course in taking fashion.

WILL THREE BE A LUCKY NUMBER FOR OLD PALS BRYONY AND BRANDON?

The highlight of a competitive card at Market Rasen on Saturday is the ‘Thank You Rand Farm Park Prelude Handicap Hurdle’, a Listed event which sees some in-form horses come together.

Brandon Castle had a spin on the Flat at Haydock Park at the start of this month but previously won two on the bounce over this course and distance under Jockey Club Racecourse-sponsored jockey Bryony Frost.

The duo made all on both occasions and can give it a good go again as long as there’s not too much competition for the lead.

Sir Alex Ferguson jointly owns Red Force One, who won the big Betway Summer Handicap Hurdle here back in July. He did his best work at the finish and with a likely strong pace this race could prove ideal for the gelding who once again has Harry Cobden in the plate.

A son of Frankel also appears in the line-up and brings more course and distance form to the table. Marine One, trained by Dr Richard Newland, won a novices’ hurdle here in July and followed up in a similar event up at Sedgefield. This will be his first start in handicap hurdle and connections will be hoping his mark of 125 will prove to be generous.

The champion jockey Brian Hughes takes the mount on top weight, Beyond The Clouds, who was successful at Uttoxeter last time, while Emma Lavelle’s Highly Prized returns to our Lincolnshire venue having shown a bit more the last twice having disappointed behind Red Force One in the Summer Hurdle.

ALL EYES ON GOSHEN AS HE RETURNS TO THE FLAT

It’s hard to believe that it’s been six months since we saw the agonising end to Goshen’s race in the JCB Triumph Hurdle at The Festival and we can’t wait to see him back on the level this weekend.

No doubt there’ll be bigger fish for him to fry over hurdles next year but there’s no doubting he has more wins in him on the Flat with a rating of 88.

Before his switch to hurdles, he pulverised his fields at Sandown Park and Nottingham elevating his mark appreciably. The only doubt is that he’ll ideally need a bit more rain to materialise. 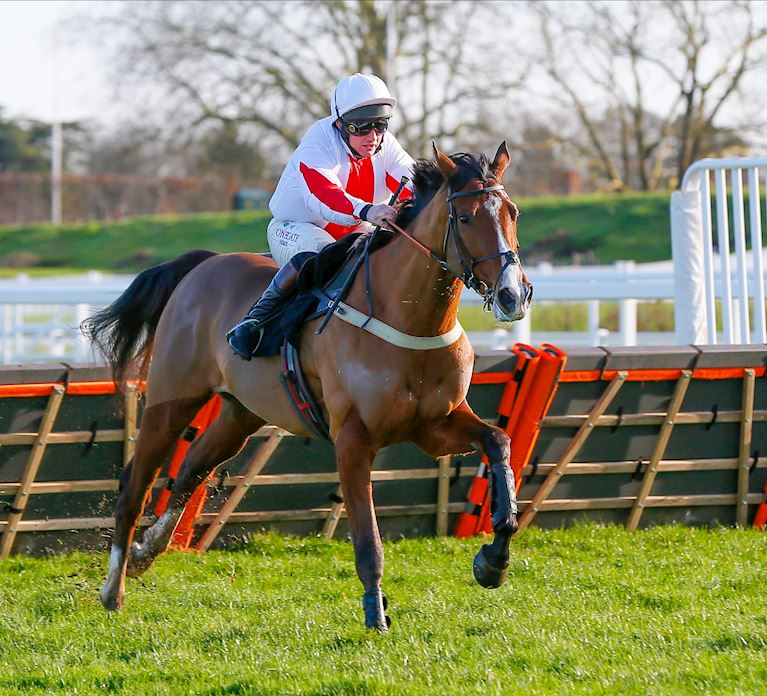 Up against him is fellow dual-purpose performer On To Victory who battled on bravely at Ascot last time behind Laafy. James Doyle is a positive booking and he must rate a danger.

Indianapolis has been kept busy by the James Given team over the summer and performed very well at York two starts ago. If the ground isn’t too soft for him he could put in a good show.

A GOLDEN CHANCE TO BOOK A 2021 DERBY PLACE

It’s great to welcome Nottingham back into the fold on Sunday and their second race on the card the ‘Call Star Sports On 08000521321 Derby 'Wild Card' Conditions Stakes’, offers a free ticket to the winner to the 2021 Epsom Derby.

At this stage the race has a fairly open look to it with some more exposed types and more unexposed times gearing up to compete.

The Richard Hannon-trained Fountain Cross has race seven times already, his win coming on his second start at Haydock. He ran quite well in the Group 2 Vintage Stakes at Goodwood finishing five lengths off the winner but was a fair way behind New Mandate at the St Leger meeting. If he brings his A game he should be thereabouts.

Percy’s Lad turned up on debut in a novice auction at Salisbury earlier this month and was impressive at the line for Blewbury trainer Eve Johnson Houghton.

Godolphin’s Symbolic Power was well-fancied on debut at Sandown Park but was a shade disappointing back in third. This nicely-bred son of Kingman surely will put that first start behind him at some point and we may expect an improved showing.