We’re back at Jumps HQ this weekend for one of the most competitive three days of top class racing in the calendar – Cheltenham’s November Meeting.

The highlight is Saturday’s Paddy Power Gold Cup but there’s a feast of other races to keep you entertained, live on ITV Racing and Racing TV.

Here we take a look at the five things you need to know about the action on Saturday and Sunday.

Injured jockeys will be the first to admit they hate watching racing at home. There’s nothing more frustrating than seeing a weighing room colleague sitting on one of your horses and winning comfortably, knowing it could and should be you notching up another victory.

For Gavin Sheehan that was exactly how he felt when Daryl Jacob partnered Harry Whittington’s impressive Rouge Vif to victory at Cheltenham last month in the Bentley Flying Spur Handicap Chase.

Sheehan has only just returned from a broken wrist this week and is delighted to be on another of Whittington’s top class chasers, Simply The Betts, in Saturday’s Paddy Power Gold Cup. 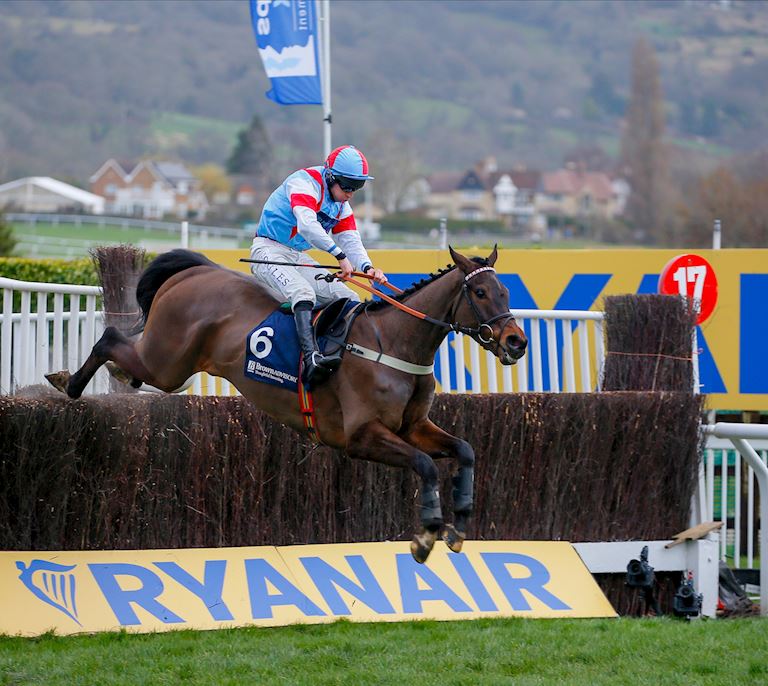 Both Rouge Vif and Simply The Betts carry the colours of Kate and Andrew Brooks and, based on the latter’s brilliant form last season, no one would be surprised to see a similar performance to the one his stablemate put in three weeks ago.

Last term Simply The Betts was only beaten in five appearances and that was when second at Kempton Park on Boxing Day behind Commanche Red.

Last year’s winner Happy Diva returns to defend her crown and it would be foolish to rule the mare out, especially with a run under her belt just a fortnight ago.

And a final one for the notebook would be Brelan D’As, who hasn’t been seen on a racecourse for more than 300 days but did run a fantastic race when second in this race last year.

The great thing about racing is that you don’t always need a huge field of horses to have a competitive contest and that’s just the case in the six-runner From The Horses’ Mouth Podcast Novices’ Chase on Saturday at 1.40pm.

Each of those lining up has made an impression over hurdles during their careers so it’s always fascinating to see how they fare over the bigger obstacles.

The expected favourite is Fusil Raffles for that likeliest of combinations – trainer Nicky Henderson and jockey Daryl Jacob in the ‘double green’ silks of Simon Munir and Isaac Souede.

At The Festival in March this year he was a 20-1 shot in the Unibet Champion Hurdle and finished back in 11th. Fast forward to this season and he’s already won two novice chases nicely, including here at Cheltenham at the Showcase meeting three weeks ago when beating Paul Nicholls’ fancied Getaway Trump by more than 40 lengths.

Here, he’ll have to overcome some other improving novices, including Le Patriote for Dr Richard Newland and Colin Tizzard’s Eldorado Allen with Robbie Power on board.

Perhaps the biggest threat comes in the form of Paul Nicholls’ contender Quel Destin, though. With eight victories from 15 starts – including five on the bounce in the 2018-19 season - he’s one of the most consistent on offer here. As a further plus he’s experienced round Cheltenham and has won there twice.

DAN CAN BE THE MAN BACK OVER HURDLES

Local trainer Kim Bailey has enjoyed a fine start to the season and was on the board at Cheltenham’s first day of the campaign last month.

There’s every reason to suspect that he’ll have Dandy Dan ready for the Paddy Power Games Handicap Hurdle on Saturday, a listed race over just short of three miles.

He actually unseated his rider at Cheltenham in the BetVictor Handicap Chase back in December last year and wasn’t seen again on a racecourse until second at Sedgefield last month. But don’t let that put you off, especially now he’s back over hurdles.

Consistent throughout the 2018-19 campaign when winning three times, all his best work has been at distances over three miles so there should be no stamina concerns.

Golan Fortune won this 12 months ago and bids to repeat the feat and On The Blind Side wouldn’t be ruled out as a horse who started his career by winning at Aintree, Cheltenham and Sandown Park in his first three starts – although that was three years ago.

DEFI TO DEFY THE DOUBTERS AT HIS HAPPY HUNTING GROUND

We haven’t seen Defi Du Seuil on a racecourse since his disappointing fourth place of five when the 5-2 ON favourite in the Betway Queen Mother Champion Chase at the Cheltenham Festival in March.

Back at the scene of that crime here this Sunday, trainer Philip Hobbs will be hoping his stable superstar can put that behind him to reclaim the Shloer Chase, a race he won last year. 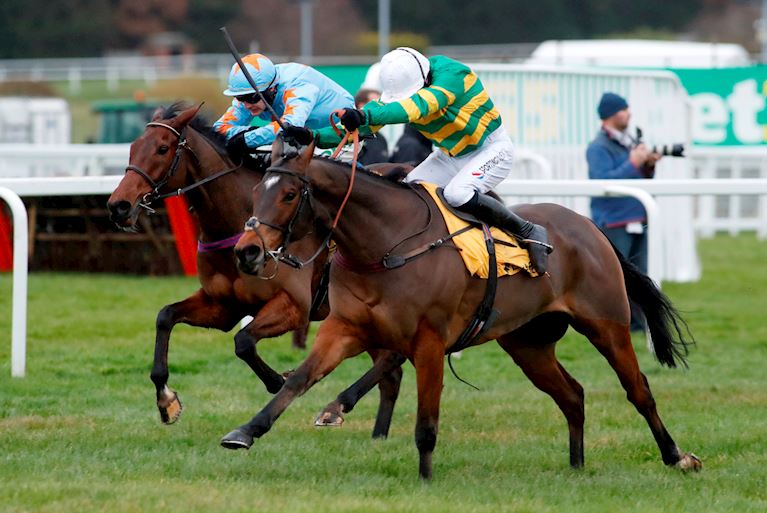 In truth there should only be fond memories of the Cheltenham Hill for backers of Defi, who has six wins from nine runs at the home of jump racing.

But there will doubtless be support for Sceau Royal, the only horse to finish behind Defi at the Festival in March, and Henry De Bromhead’s Put The Kettle on, despite it being 250 days since his last outing.

There will also be interest for Rouge Vif, mentioned earlier in this column, after his demolition job at Cheltenham three weeks ago, while Duc Des Genievres makes his first appearance for trainer for Paul Nicholls after being switched from Willie Mulllins’ Closutton yard.

HARAMBE AND EDWARDSTONE BID TO BE KING

One of the great races of the November Meeting is the Unibet Greatwood Handicap Hurdle and this year’s renewal promises to deliver on quantity and quality.

Last year the impressive Harambe stuck his neck out to win in a thrilling three way photo finish with Gumball and Monsieur Lecoq and he lines up here again for trainer Alan King, with jockey Tom Bellamy hoping to repeat the feat.

He’ll be much shorter than the 16-1 he was when winning 12 months ago and will also be facing his excellent stablemate Edwardstone, with Tom Cannon on board. Alan King has a good record in the race and with recent victories on the Flat and over obstacles his contenders must be respected.

The legendary Martin Pipe won this race four times as a trainer, so son David was thrilled to win it himself in 2013 when Dell’ Arca triumphed and he can be optimistic about the chances of Main Fact here, even with an 11-day turnaround since his last run on the flat at Nottingham.

We should give mentions too for Tom Lacey’s Sebastapol and Paul Nicholls will be hopeful that Thyme White can follow up victory in October and Sir Psycho can put his recent fifth place behind him.