FIVE HORSES TO WATCH THIS SATURDAY

The eagerly awaited Festival Trials Day at Cheltenham traditionally throws up some clues for The Festival itself in March and this year should be no different.

Here Graham Clark takes a look at five horses we should be looking out for at Jumps HQ this weekend….

Outside of the Grade Two action that took place at Kempton Park on January 9th arguably the most impressive display on the card was the debut victory over hurdles for Sage Advice.

Although only landing a Cork maiden on the Flat while with former trainer Joseph G Murphy, the gelded son of Make Believe appears to be a good deal better switched to jumping.

Travelling all over his rivals turning in, Sage Advice quickened up well when shaken up by Sam Twiston-Davies over the last to readily put daylight between himself and his rivals.

The ground will be different compared to that at Kempton, however both his wins have been on going with soft in the description and if he manages to go through more demanding conditions he could easily extend his unbeaten record over hurdles.

Finishing a pleasing second on his seasonal return in a competitive 2m 3f handicap hurdle at Haydock, the John White and Anne Underhill-owned gelding filled the same spot on his debut over fences next time out at Uttoxeter.

Umbrigado stepped up on that effort in a four runner contest in testing conditions at Fontwell to open his account over fences at the second time of asking.

Although he will be required to give weight away to all bar one of his rivals he could easily prove better than his mark of 139 on conditions that will suit.

As far as trials for the Cheltenham Gold Cup go then the Paddy Power ‘45 Sleeps to Cheltenham’ Cotswold Chase has it all, with the best staying chasers this side of the Irish Sea set to do battle in what could be a spectacle to behold. 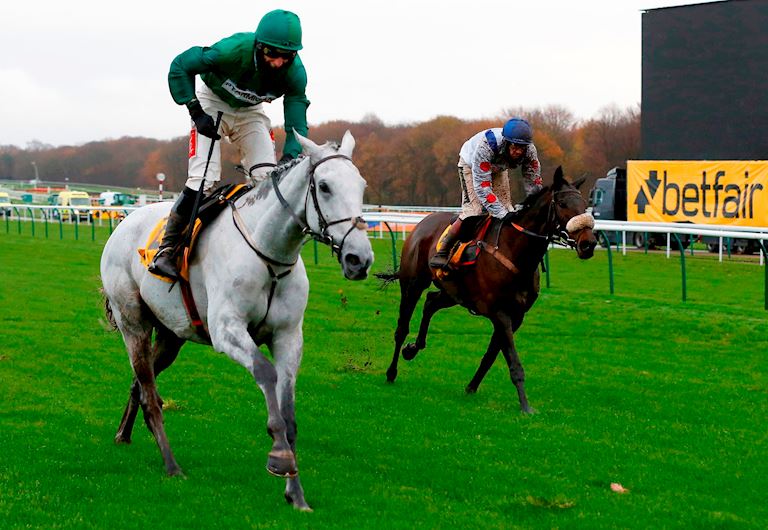 The Nicky Henderson-trained Santini consigned Bristol De Mai to the runners-up spot 12 months ago, before finishing second in the Cheltenham Gold Cup just weeks later. But the roles could be reversed this time round, in conditions which will favour the latter.

Although Bristol De Mai is yet to win around Cheltenham the Nigel Twiston-Davies trained grey gelding proved he still has fight in him on his return to action with an emphatic victory in the Betfair Chase at Haydock Park, which he was claiming for the third time, in November.

When the mud is flying high Bristol De Mai is often seen at his imperious best, which also applies to 2018 Gold Cup winner Native River, who lines up in the race for the first time.

The likes of Saint Calvados, who finished fourth in the King George VI Chase at Kempton Park on his return to action on Boxing Day, and Lake View Lad, who secured a surprise victory at the same level in the Many Clouds Chase at Aintree, add further intrigue.

As far as popular winners go it would be difficult to split Bristol De Mai and Native River. But on this occasion, given his victory at Haydock, the former could finally have his moment at Cheltenham.

All eyes will be on the unbeaten Nicky Martin-trained Bear Ghylls in the Grade Two Ballymore Novices’ Hurdle, but he might have met his match in Annual Invictus.

On official ratings the Chris Gordon-trained six year old has 5lbs to find with Bear Ghylls, but just like his better fancied rival, there appears to be plenty more to come.

Not many horses win novice hurdles under double penalties. However, Annual Invictus did just that last time out and on his first attempt over 2m 4½f at Plumpton, in similar stamina-sapping conditions that he will face once again.

With Annual Invictus’ regular rider Tom Cannon unavailable, five-times champion jockey Richard Johnson comes in for the ride, and having finished second aboard him on his seasonal bow at Ascot the pair have strong claims of going one better on this occasion.

There is no such thing as a penalty kick in racing, such is the unpredictability of the sport, but Paisley Park is likely to prove difficult to beat when bidding for a hat-trick of wins in the Paddy Power Cleeve Hurdle.

Last season ended with Emma Lavelle’s nine year old finishing a well held seventh during the defence of his Paddy Power Stayers’ Hurdle crown at the Cheltenham Festival, where he was subsequently found to have a fibrillating heart. 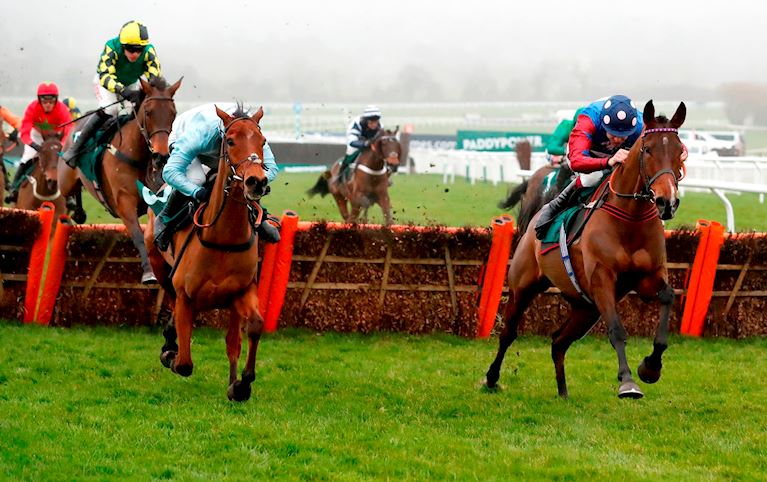 After finishing an eye-catching second behind Thyme Hill in the Long Distance Hurdle at Newbury, the Andrew Gemmell-owned gelding looked back to something close to his best when exacting revenge on that rival in the Grade One Long Walk at Ascot last month.

Despite being burdened with a 6lb penalty, Paisley Park is clear of his rivals at the ratings, even taking into account the extra weight he has on his back.

The Olly Murphy-trained Itchy Feet looks an interesting runner on his first start over hurdles since being beaten in a Listed contest at Kempton in October 2019. However, it will take something special if he is to return to winning ways and stop Paisley Park claiming a record-equalling third victory in the Grade Two prize.