As this year’s Cheltenham Festival gets ever closer more clues for the jump racing’s Olympics will be on offer at Haydock Park on Saturday, with no fewer than four Grade Two contests forming part of a fascinating seven race card.

There may not be a Grade One contest to form the centrepiece of the fixture, but there are plenty of runners capable of performing at the very highest level, all trying to move a step closer to booking their ticket towards this year’s Festival.

There are also three competitive handicaps for those who like a bit of a challenge. That, combined with the sprinkling of star quality on offer, makes it a card you do not want to miss.

HENDERSON D’AIRS TO DREAM OF THIRD CHAMPION HURDLE FOR BUVEUR

It goes without saying that the headline act at Haydock Park this weekend is the return of 2017 and 2018 Champion Hurdle winner Buveur D’Air in The New One Unibet Hurdle.

The Nicky Henderson-trained 10 year old has not been sighted since sustaining a season-ending hoof injury when finishing second in his bid for a hat-trick of wins in the Fighting Fifth Hurdle at Newcastle in November 2019.

Plenty of time has been given to the JP McManus-owned gelding to make sure he recovers from the setback and his appearance in this line up suggests he has come to hand slightly sooner this season than connections had previously anticipated. 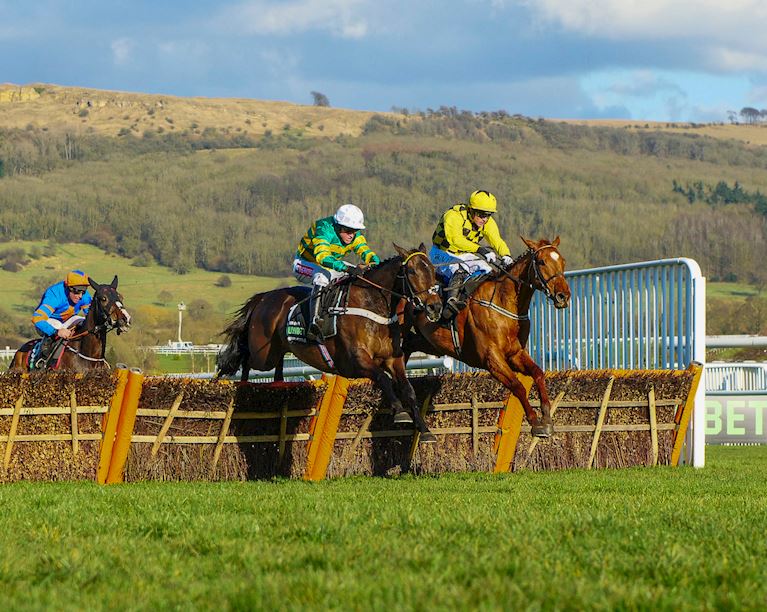 Buveur D’Air may be an odds-on shot to claim victory on his eagerly awaited return, but in last year’s winner Ballyandy he faces stern opposition against a rival who has already had four outings this season.

The Nigel Twiston-Davies runner showed an admirable attitude to win last year’s renewal when overhauling Pentland Hills close to the line, and with testing conditions set to suit you can be sure he will not be surrendering his crown without a fight.

Whatever the result, we’re likely to know if Buveur D’Air is a realistic Champion Hurdle contender again this year by 3.30pm on Saturday.

WILLIAMS MIGHT HAVE A RIGHT ROYAL GOLD CUP CHANCE

There was a time when the Grade Two Peter Marsh Handicap Chase was used as a trial for the Cheltenham Gold Cup and this year’s renewal could have a potential contender for jump racing’s most sought-after prize in the Venetia Williams-trained Royale Pagaille.

While not setting the world alight last season, the seven year-old gelding, who runs in the silks of leading owner Rich Ricci, has looked a different proposition this term in two starts over fences.

After running out the winner of a four runner novices’ chase at Haydock on his return to action last month, Royale Pagaille, who holds an entry in the Cheltenham Gold Cup, followed it with a taking victory in a competitive handicap over Christmas at Kempton Park.

With a rating of 156 next to his name it puts him among the best novice chasers in the country this season. While he will have to give weight away all round to his rivals if he is to complete a hat-trick of wins, he may well have the class to do so.

PRADA VERY MUCH IN FASHION WITH THE PUNTERS

Nada To Prada will have gone into many notebooks after making a winning debut under rules at Warwick on her only start last season, and she will bid to continue her rise through the ranks in the Sky Bet Supreme Trial Rossington Main Novices’ Hurdle.

Since defeat on her hurdles debut at Hexham the Michael Scudamore-trained six year old underwent a wind operation and has not looked back after posting back-to-back victories. 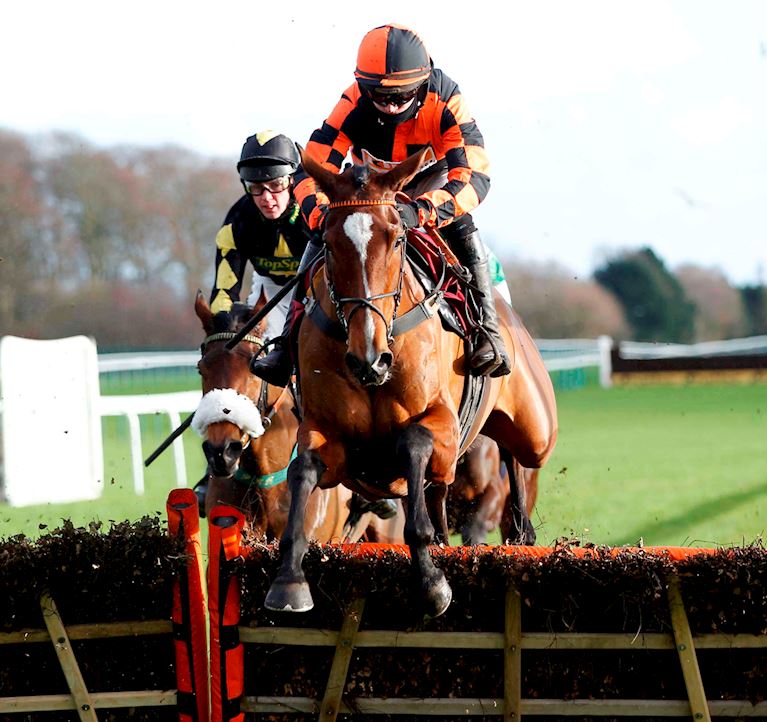 Running out a wide margin winner of a Ffos Las maiden contest Nada To Prada followed it up when taking both a step up to 2m 3f and Listed company in her stride with victory in a Listed mares’ novices’ hurdle at Haydock last month.

Another step forward will be required if Nada To Prada is to defeat the boys and claim Grade Two glory, but with testing conditions in her favour and having already proven she acts on the track further glory could await.

One look at the Marsh Novices’ Chase betting at the Cheltenham Festival would suggest that the race is already in the locker for former Weatherby’s Champion Bumper winner and last year’s Ballymore Novices’ Hurdle hero Envoi Allen.

However, last season’s Supreme Novices’ Hurdle fifth Allart will be out to show he can give Envoi Allen a serious run for his money at The Festival by maintaining his unbeaten record over fences in the Grade Two Read Nicky Henderson’s Unibet Blog Novices’ Chase.

The Henderson-trained seven year old made a pleasing debut over fences when given an exemplary ride by Nico de Boinville to run out an impressive winner of a Grade Two contest at Ascot just before Christmas.

With fences always expected to bring out the best in the Ronnie Bartlett-owned gelding, giving away a 5lb penalty to inferior rated rivals should be a test that he passes with flying colours.

Victory would certainly give connections of Envoi Allen – and us all - something to think about.

TOUGH CHEF READY TO COOK UP A TREAT

With conditions expected to be stamina-sapping a guaranteed stayer will be required to prevail in the Unibet Extra Place Races Every Day Handicap Hurdle over an extended three miles.

Though the field has a number of mud-lovers lining up in it, the Sam England-trained Chef D’Oeuvre will almost certainly carry on going when others have waved the white flag.

There may be no wins next to the 10 year old’s name since landing the 2018 renewal of The Last Fling Handicap Chase over 3m 4f at the same track, but he has leading claims of ending that drought on his favoured ground on his first start back over hurdles in more than three years.