PAUL NICHOLLS TAKES A TRIP DOWN MEMORY LANE TO REMEMBER WHITENZO, THE KINGMAKER WINNER OF 20 YEARS AGO

For some horses the Agetur UK Kingmaker Novices’ Chase at Warwick is a stepping stone towards bigger and better targets. But for some, like 2001 winner Whitenzo, it is a career highlight.

In more recent years the likes Voy Por Ustedes, Long Run, Balder Succes and Finian’s Rainbow have all claimed the Grade Two prize on route to tasting glory at the top table.

While there was to be no Grade One success for Whitenzo on his day he was a more than capable performer, highlighted by his victory at Warwick 20 years ago.

Arriving from France without a win to his name, Whitenzo quickly made his mark in Britain after a triumphant debut for trainer Paul Nicholls under Joe Tizzard at Fontwell, before following up in impressive fashion when slamming his rivals by 25 lengths at Taunton.

Nicholls, who has won 11 champion trainer titles since then, explains: “Whitenzo was a nice horse who was decent on soft ground. Joe Tizzard rode him in all his early races when he came over from France and he seemed to get on well with him.

“He only just won his first race for us at Fontwell but that was over two miles five. We dropped him back to two miles at Taunton and he beat an odds-on one of Nigel’s (Twiston-Davies) called Corniche easily, so we decided to have a go at the Kingmaker.”

With victory against one highly fancied opponent already in the locker, Whitenzo would have to repeat the feat by turning over 8-11 chance Rodock, from the Martin Pipe yard, if he was to maintain his unbeaten record over fences and add the Kingmaker to his name.

Having tracked leader Hannigan’s Lodger during the early stages of the extended two mile prize, Whitenzo continued to wind up matters from the sharp end, after hitting the front at the sixth, before crossing the line 14 lengths clear of his superior market rival Rodock.

Nicholls recalls: “From what I remember he gave Joe a great spin around Warwick that day. Like at Taunton he tracked the pace before taking it up mid-race. He just kept on galloping and they couldn’t get to him.

“To be fair to Whitenzo the horse he beat of Martin’s was a fair horse as he had finished fifth in the Supreme the season before.

“We did well in the Kingmaker around that time as we won the race with Lake Kariba in 1998, then a year later with Flagship Uberalles, while Armaturk won it the year after Whitenzo.” 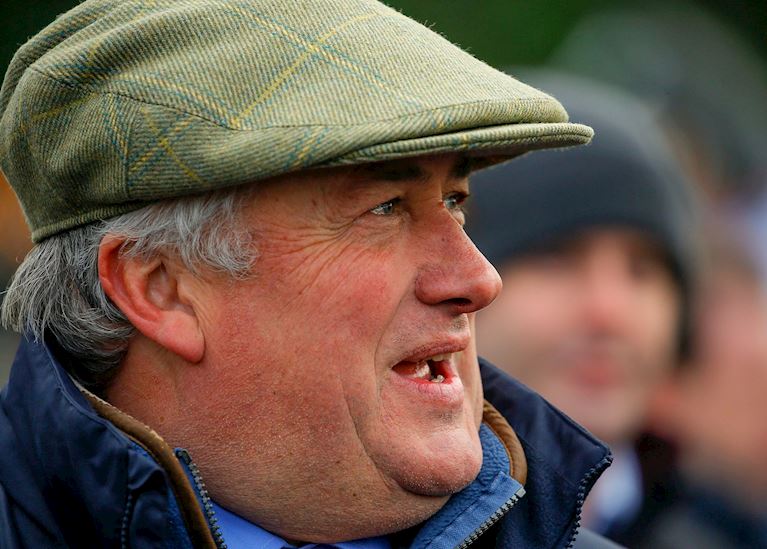 With the foot and mouth outbreak causing that year’s Cheltenham Festival to be postponed it meant an outing in the Arkle was off the agenda. It forced Whitenzo to wait for his chance to shine in Grade One company in the Maghull Novices’ Chase at Aintree.

After jumping the last in front it looked as though Whitenzo had done enough to secure a fourth straight success. However, it was not to be with the Ferdy Murphy-trained Ballinclay King reeling him in close to the line before going on to score by a neck.

Nicholls said: “It was horrible at Aintree that day and though he went on soft ground he just got tired close to the line. It was a shame as he deserved to win a race like that with the season he had.

“To be honest though, he did well to still be in the race as he made a massive mistake and nearly got rid of Joe at the open ditch down the back straight.”

Though Whitenzo would fail to match the heights of his novice chasing campaign, he did run a number of respectable races in defeat and won both the 2005 Royal Artillery Gold Cup and Grand Military Gold Cup at Sandown Park, before retiring at the age of 12 in 2008.

Nicholls said: “He was a good fun horse later in his career especially in those military races around Sandown under Jamie Snowden, while he also came third in both a Hennessy (2002) and a Badger Ales Trophy (2004).

“We’ve obviously had lots of good horses over the years and although Whitenzo was not quite up to the level of a lot of those really good ones, he was a capable enough horse on his day that we had some good times with.”

While the days of Whitenzo may be over, Tamaroc Du Mathan could bid to follow in his hoofprints to give Nicholls a record-extending sixth victory in this year’s renewal of the Agetur Kingmaker on Saturday.

He added: “Tamaroc would run if the ground doesn’t get much softer than it is now. I’d say at the moment he is 50/50 to run.

“He won well over fences at Wincanton first time out this season and his second to Shishkin at Kempton last time in the Wayward Lad is good form. If the ground dries up he would run well.”