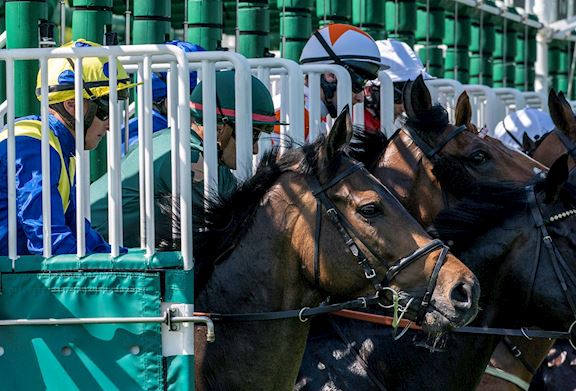 Jockey Club Racecourses is scheduled to stage 347 racing fixtures in 2019, according to British Racing’s Fixture List, published today. The total is nearly a quarter of all 1,511 fixtures run in Britain and is made up of 186 Flat fixtures, 160 Jumps fixtures and one mixed card.

JCR stages four of the five Classics on the Flat and the Randox Health Grand National and the Magners Cheltenham Gold Cup during the Jumps season. The Jockey Club, which has a nationwide portfolio of 15 racecourse venues, reinvests all profits back into British Racing. A total of 57 fixtures were secured by JCR through the British Horseracing Authority (BHA) fixture allocation process, based on its industry-leading prize money contributions and sporting performance measures.

“We are delighted to once again be staging nearly a quarter of all of British Racing’s fixtures in 2019, including more Grade One races over Jumps and Group races on the Flat than anyone else.

“Our racing department has worked hard to secure a fixture list for 2019 which showcases our commitment to all levels of British Racing, from grassroots to the very pinnacle of our sport. It is fantastic to see that our investments in prize money and facilities, the experience we offer to all connections and our efforts to increase field sizes have been recognised again in the fixture process.

“I am especially pleased that Warwick will stage an extra fixture in 2019, starting the Jumps season with a two-day meeting. This comes after the successful expansion of its ‘May Racing Carnival’ this year and really highlights how Warwick is continuing to go from strength to strength to now be recognised as one of the country’s top small Jumps courses.”

As part of the changes to the 2019 race programme Warwick will host 19 fixtures – one more than the 18 in 2018 – and will therefore begin the Jumps season with a two-day meeting on 23rd and 24th September.

Grassroots initiatives staged at Jockey Club Racecourses in 2019 will include the popular Grassroots Flat Series, with the final at Nottingham on 2nd October, the Northern Lights Finals at Carlisle on 1st December and the Challenger Series Finals day at Haydock Park on 20th April.

There will be a three week gap between The Festival at Cheltenham (12thto 15th March) and the Randox Health Grand National at Aintree (6th April) next year.

Jockey Club Racecourses will stage the QIPCO Guineas at Newmarket’s Rowley Mile on the Saturday and Sunday of the May Bank Holiday weekend (4th and 5th May), while the Investec Derby at Epsom Downs will be run on 1st June.