Monday 9th September 2019 – The biggest bonus in Jump racing will again be offered to any horse which can win the three most prestigious Grade One staying chases in the new 2019-20 season, it was announced today.

As well as the individual prize money on offer for winning the Betfair Chase, the Ladbrokes King George VI Chase and the Magners Cheltenham Gold Cup, winning connections will also land the £1 million insured bonus and The Kauto Star Trophy, commissioned in 2017 and thought to be the only piece of silverware in sport never to have been won. 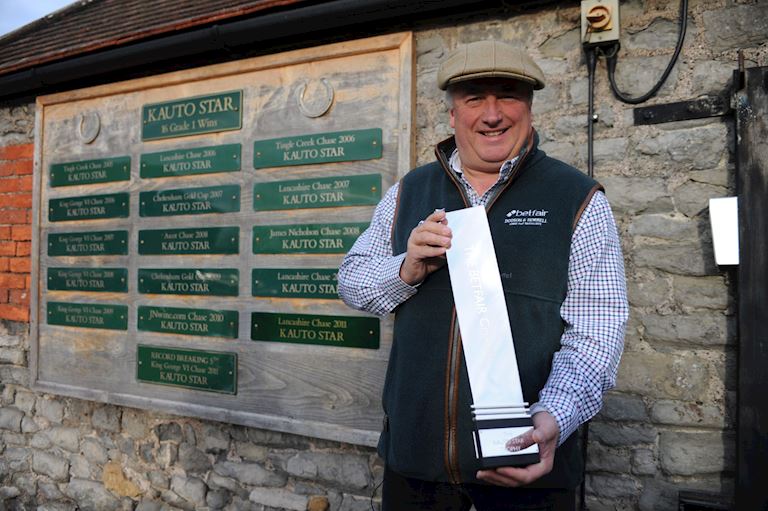 He said: “I still think in this generation Kauto Star is the best there’s been.

“He was a very special horse. When he won the Triple Crown I said it would be an extremely difficult thing for any horse to repeat and I stand by that.

“But it doesn’t mean it can’t be done. There are some great chasers out there and the new season promises to be very competitive again.”

Paul Fisher, Chief Executive of Jockey Club Racecourses, said: “We’re delighted to once again be offering this £1 million bonus to horses taking part in the three most prestigious Grade One staying chases in Jump racing. The fact that no other horse has achieved what the great Kauto Star did nearly 13 years ago shows you not only how special he was but also how competitive this division of Jump racing is. It would be fantastic to crown a new king of our sport and a great story for racing fans to share with a wider audience.”

The Betfair Chase is the first leg of the Jockey Club Chase Triple Crown, taking place at Haydock Park on Saturday 23rd November.

You can download the illustration of Kauto Star in high res by clicking here.