A DAY IN THE LIFE OF annacotty

Annacotty provided his owner Liz Prowting with her first Grade 1 win, as well as some memorable victories at Cheltenham, including the 2015 Paddy Power Gold Cup. The decision was taken to retire him in 2017 and he has since been retrained by Hannah Bishop, Racing Manager to Mrs Prowting. In their first season competing, they qualified for several classes at the RoR Goffs UK National Championships at Aintree.

STABLE NAME: Gerry - named after Gerry Hogan who helped us with the purchase of Annacotty back in 2012.

CLAIM TO FAME:  Winning the 2015 Paddy Power Gold Cup on his debut run for Alan King

FAVOURITE THING TO DO: He loves a morning-sleep in his stable every day , but he is really happiest when he is spending time with “his humans”

TYPICAL DAY: I am lucky enough to live at home with MrsP and all her horses. I find he eats best if fed early, so I feed the yard by 6am and leave him in peace to eat for an hour while I walk the dogs and check the other horses that live out. I tend to ride in the mornings, followed by the rest of the day turned out with his best mate Buttons, who is a Shetland pony we rescued. Annacotty loves field time, although he can be a bit precious if it’s raining! Riding can either be a hack around the village or up on the common, or a schooling session in the arena. He is ridiculously lovely to ride, powerful but polite. I don’t jump him much at home. He knows his job and is so good at it. Fed again when back in his stable in the evening, He prefers to be in at night.  My favourite part of the day is late night stables at 10pm - Changing rugs and topping up waters and a quick skip out of the stables listening to them chewing hay.

ANNOYING HABITS: He really doesn’t have any annoying habits! However he does get quite jealous of other horses stabled in the yard, pulls faces when I am tending to the others! He prefers to be the only one in, and the centre of attention!

FITNESS ROUTINE: Annacotty is fit and strong, ridden 5 or 6 times a week and loves his work. I regularly take him out competing (when not in 2020 lockdown!) Recently I’ve enjoyed hiring a couple of venues to get him back out jumping around a course.

My ethos is his life must be fun without being drilled in hard work. He lives like royalty and is nicknamed HRH because he is the King of this yard and absolutely knows it.

COMPETITION: Yes he does, he absolutely loves an outing on the lorry. I can take him anywhere on my own - he is literally the dream horse anyone would want to own. A big fan of show jumping, he’s very neat and clever jumping poles, good as gold to jump water trays. 2020 was meant to be us stepping up to jumping Newcomers but that plan is still on hold!  We’ve done some RoR show classes and enjoy their challenge series. He does a very sweet dressage test if I don’t forget the test I have to ride! I’m also enjoying learning to ride side saddle which he took to very easily and I hope to campaign him in ladies hunter classes next season.

BIGGEST ACHIEVEMENT IN RETIREMENT: Parading with RoR at the Cheltenham festival has to be right up there. I’ve been lucky to do this more than once. To have a horse that can mentally cope with returning to such a big race occasion, in amongst his usual competitions is something I am very proud of. He has taken me into the Hickstead main arena on Derby-day twice now for the championship of the Tattersalls show series and there is no place I’d rather gallop him, than there in front of the crowd.

QUIRKS: Home life is very relaxed, and he can often be found mooching around the front lawn loose with us on a sunny day, and particularly loves to watch my boys playing table tennis. The game fascinates him!  He is a true family horse yet switches to being a total pro out competing, just like that.

KEEPING HEALTHY: He lives a life of 5* luxury and would not be happy kept away from home! He’s a big fan of his heat lamp in the winter and has regular Physiotherapy sessions from Hannah Lawrence who is definitely his 2nd favourite human. She knows him as well as I do and has been a fantastic asset to him as his muscles changed from racehorse to a riding horse. He is as strong as I’ve ever known him now, 3 years out of racing.

He’s not a horse that does well left out in the field and doesn’t really do holidays off work, so I’ve learnt to understand and manage this, to avoid injuries from messing around in the field. He really does have the perfect life.

A DAY IN THE LIFE OF ANNACOTTY 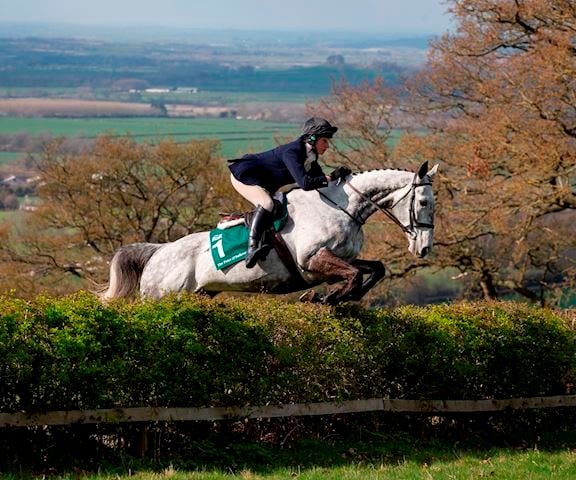 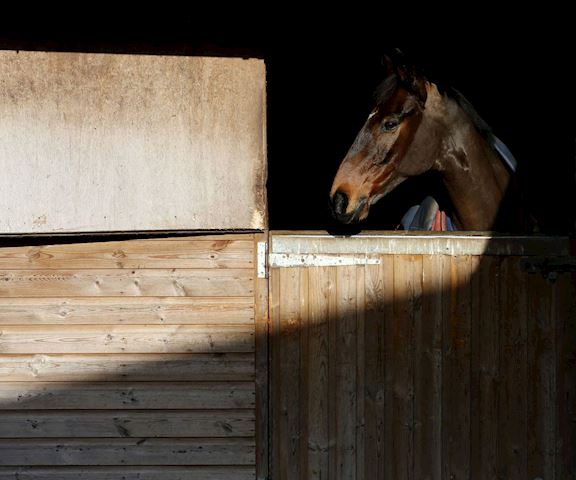 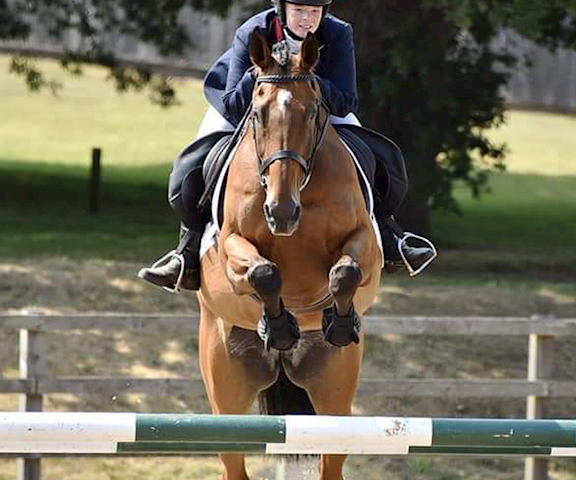 Monkerty Tunkerty retired from racing as a 13-year-old in 2016 and turned his attention to different disciplines. He has been a revelation, enjoying success in showing, dressage and showjumping and was crowned RoR Horse of the Year in 2018.