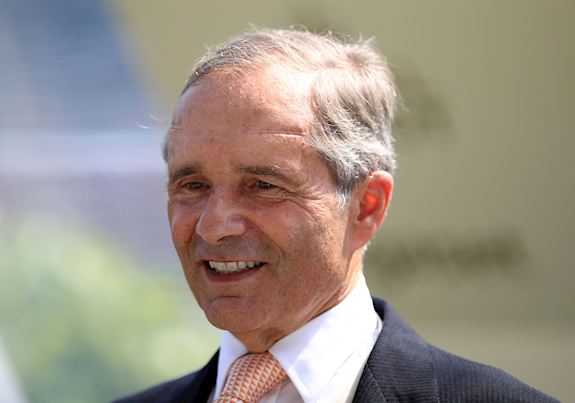 Trained in France by Andre Fabre, Earthlight was one of 13 colts to stand their ground at today’s (Monday) confirmation stage for this prestigious six furlong event. It shares top billing on Saturday with another Group 1 two-year-old race over the same trip, the £291,580 Juddmonte Cheveley Park Stakes, which has 15 confirmed entries.

Other features on Saturday’s superb Juddmonte Day card are the Group 2 £125,000 Juddmonte Royal Lodge Stakes and the £160,000 bet365 Cambridgeshire Handicap.

Fabre has a fantastic record in the Juddmonte Middle Park Stakes, even though he has not been represented in it for more than a quarter of a century. His most recent participation came when Zieten won it in 1992 and his only other runners were Lion Cavern, who finished second in 1991, and Lycius, successful in 1990.

A son of Shamardal, Earthlight has already proved himself one of the best juveniles of Fabre’s 40-year training career. He followed up an easy four-length victory in the Group 3 Prix de Cabourg with a neck victory in the Prix Morny at Deauville on 18th August.

The Morny form has been franked by the subsequent Group 2 Flying Childers Stakes victory of the fifth home, A’Ali, and the Group 3 Prix Eclipse win of the horse that finished last of eight, Devil.

Trained by Richard Hannon, Mums Tipple has achieved much less on the track than Earthlight, but the style of his second and most recent victory, when registering an 11-length success in a £148,000 sales race at York, was startling.

Aidan O’Brien has lifted the Juddmonte Middle Park Stakes on a record six occasions. Although he has four entries (Lope Y Fernandez, Monarch of Egypt, King Neptune and Pistoletto), this time Irish hopes rest mainly on the Ger Lyons-trained Siskin, who, like Earthlight, possesses a perfect four-from-four career record having accounted for Monarch of Egypt in the Group 1 Phoenix Stakes at The Curragh last month.

Other notable contenders are the Hannon second string, Threat, already victorious in two Group 2 contests, and Golden Horde, who beat Threat in a third Group 2, the Richmond Stakes, before finishing third to Earthlight in the Morny.

Another of Earthlight’s Morny victims, runner-up Raffle Prize, stands out among the Juddmonte Cheveley Park Stakes entries. She had earlier landed both the Group 2 Queen Mary Stakes at Royal Ascot and the Group 2 Duchess Of Cambridge Stakes (sponsored by bet365) at Newmarket’s Moët & Chandon July Festival.

On the cusp of becoming French Champion Trainer for a remarkable 30th time, Fabre has never won the Juddmonte Cheveley Park Stakes – third-placed High Celebrity, five years ago, is his only previous runner. On Saturday he is set to be represented by Tropbeau, winner of two seven furlong events, the Group 3 Prix Six Perfections and the Group 2 Prix du Calvados, at Deauville’s recent midsummer meeting.

The only supplementary entry in the two Group 1 races – at a cost of £20,000 – was the Lyons-trained Nurse Barbara. Her last outing was when she finished a nose second behind fellow Juddmonte Cheveley Park Stakes contender, Blissful, in a Listed event at Leopardstown nine days ago.

“Earthlight is in good shape, I am very happy with him. He’s never had a setback and is an easy, sound horse.

“His Prix Morny victory has been highly rated but the soft ground was a factor and may have changed things. He has won on fast and soft, so the ground is not a real concern for him.

“Some of his opposition in the Juddmonte Middle Park Stakes, the likes of Siskin and Mums Tipple, look like they may have a little more speed than him as he is the type of colt who might be able to stay a bit further next year.

“Earthlight is not the most balanced horse, he carries his head a bit low, so his ability to handle Newmarket’s undulations will be something that we will have to discover on Saturday.

“Tropbeau is a sweet filly, a beautiful mover who gives everything, and she is going to run in the Juddmonte Cheveley Park Stakes.

“She has won a Group 2 and I don’t really like running young horses with a penalty so this step up to Group 1 company is a natural progression for her.

“The drop back to six furlongs may be a bit sharp for her but I am hoping that she will make up into a Guineas filly. This should be a good rehearsal with next year in mind.

“I am delighted to be taking part in two such prestigious races. I enjoy travelling and I hope that my two-year-olds enjoy it too."