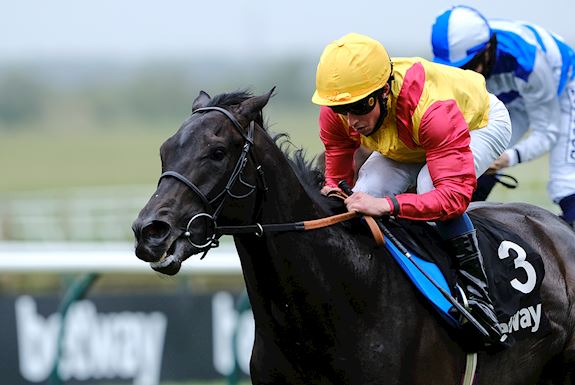 NEWMARKET RACEDAY ROUND UP: JOHN LEEPER BOOKS HIS PLACE FOR THE CAZOO DERBY

John Leeper booked his place for The Cazoo Derby at Epsom Downs on June 5th when taking the Listed Betway Fairway Stakes at Newmarket on 15th May under William Buick.

The son of Frankel is trained by Ed Dunlop and named after his late father John, who landed the premier Classic with Shirley Heights (1978) and Erhaab (1994).

It proved to be an afternoon to remember for William Buick as he went on to record a near 93-1 four-timer on the seven-race card. We sent Graham Clark to speak to the winners on the day… 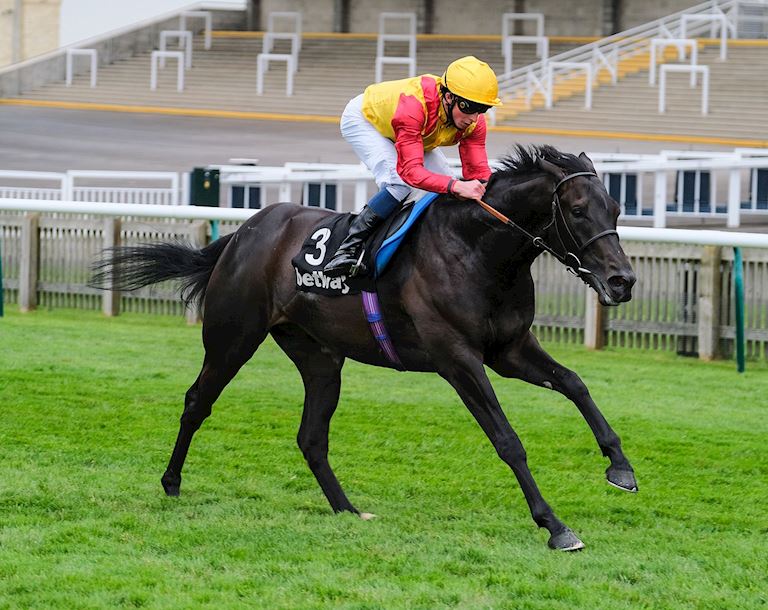 William Buick stole the riding plaudits at Newmarket with a near 93-1 four timer highlighted by the victory of John Leeper who set up an outing in next month’s Cazoo Derby at Epsom Downs after landing the Betway Fairway Stakes.

The Ed Dunlop-trained Frankel colt, who is out of the Newmarket handler’s 2010 Oaks heroine Snow Fairy, appears destined for bigger and better things judging by his victory in the mile and a quarter contest, which was one of two Listed races on the card.

John Leeper (6-4 Favourite), named after Dunlop’s late father, and Classic winning handler, demonstrated a likeable attitude in a race that was not run to suit when getting the better of a sustained late battle with eventual runner-up Tasman Bay by a length and three quarters.

Dunlop said: “It’s named after my dad so that is about as much pressure as you can get. He (William Buick) said it was a farce of a race as they trotted for however long. He was a little bit keen and fresh and inexperienced but he can only get better with more racing. I’m sure the owner (Anamoine Limited, which represents the racing interests of Cristina Patino) will want to go to Epsom and she has had the dream to do it and as long as he is okay that is what we will do.

“William was good and he said I’m not going to hang about here as this horse has not done very much. The form of the race was good and though he will need to step forward again I think he deserves to go to Epsom as long as he is okay and conditions are right. I’m very pleased with the horse and for Mrs Patino particularly.

“This is only hopefully the start of a horse that will do well in the future. These are more battle-hardened horses than him and he has beaten them. I was very surprised (when the owner said she was going to name him after my dad) but she has loved the horse since he was born and he is a beautiful horse. It is a great honour for the horse to be named after my father so let’s hope he can live up to that.

“We’ve got through this stage but there are plenty more to go. He is very immature just look at the size of him and he needs more practice which is probably what you don’t want to hear going into a Derby but he has run three times in his life but he is going the right way so we will see how we go.” 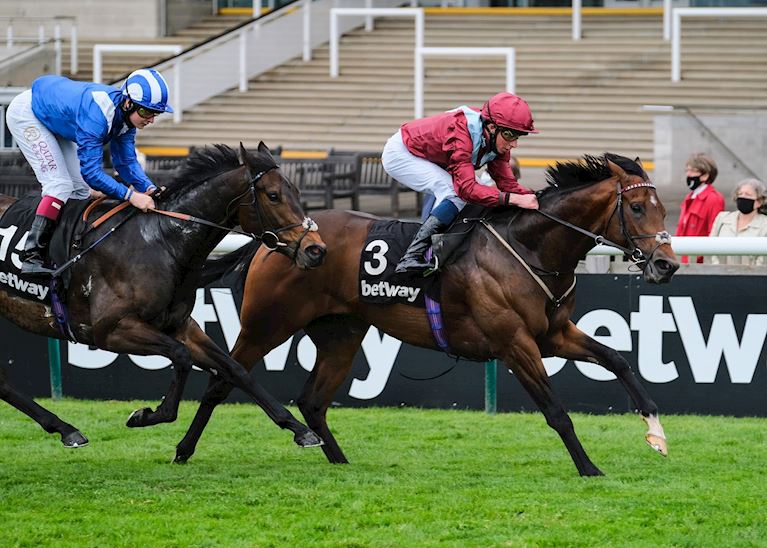 Jumby (11-4 Favourite) put himself in contention for a first appearance at Group One level at Royal Ascot next month after getting his career back on track when claiming the six-furlong Heed Your Hunch At Betway Handicap by three quarters of a length to form the second leg of Buick’s haul.

Eve Johnson Houghton, winning trainer, speaking away from the track, said: “I’m chuffed and relieved at the same time as we think he is a really nice horse but they have got to put it together on the track.

“We will quite possibly look at the Commonwealth Cup now as the form of his races looks pretty good. I might pop him into the Wokingham and he would be an interesting entry in that. It’s a nice problem to have.” 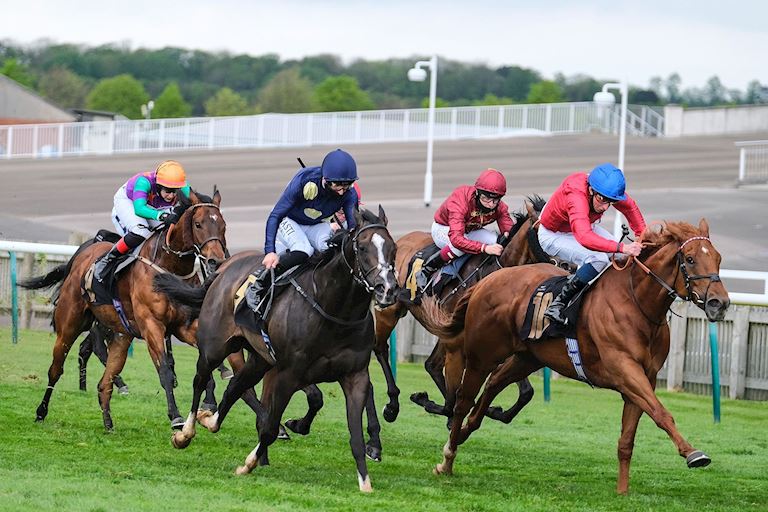 BUICK TIMES IT TO PERFECTION ON AMETIST

Classic-winning rider Buick got his timing spot on aboard the William Haggas-trained Ametist when getting the Evens favourite up almost on the line to land the Betway Handicap by a nose.

Buick said: “I knew the horse gave himself a chance as he kept battling back but he put his head down at the right time which was lucky.

“He travelled well but I don’t think he liked the track and he is still immature. He is going to be a nice horse for the future. He did well there.”

MASAR’S HALF-SISTER SAYYIDA OFF THE MARK

Sayyida, who is a half-sister to 2018 Derby winner Masar, secured Buick a red letter day in the saddle when opening her account by two and a half lengths in the Betway Fillies’ Novice Stakes over a mile and a half.

Charlie Appleby, winning trainer, said of the 4-1 winner: “She is a half-sister to Masar and it is great for her page to have a win now. She is a work in progress for sure but she saw that trip out well today. We will try and look for a bit of black type with her somewhere.

“The way she stayed there over a mile and a half you could look at going further as stamina won the day.” 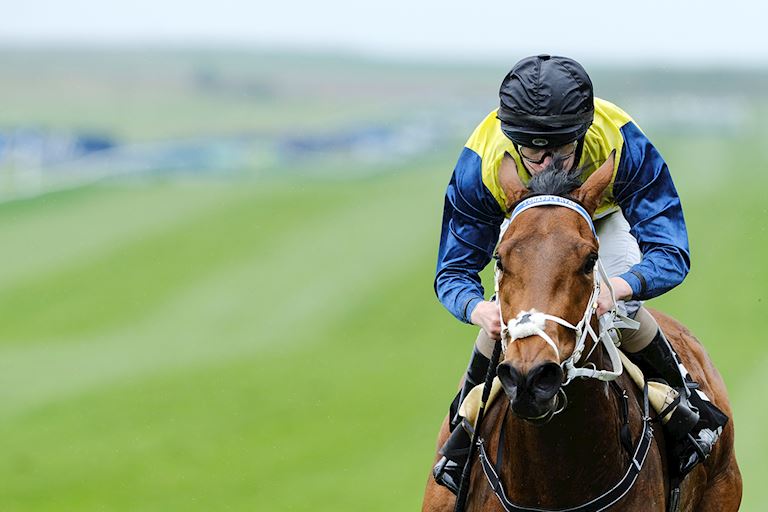 A trip to the Royal meeting appears to be on the cards for Bellosa, who maintained her unbeaten record with a smart front running success in the Betway King Charles II Stakes.

After catching the eye of many following her impressive debut victory over course and distance 30 days ago the Jane Chapple Hyam-trained daughter of Awtaad had no trouble in following up in the seven furlong Listed event, which the 6-4 favourite prevailed in by two lengths.

Chapple-Hyam said: “She is nice but she was green. She has never been amongst a batch of horses. She is so good out the gates she wants to get on with it. I didn’t want Richard (Kingscote) to drag her back as she has got such a lovely long stride.

“I would prefer to go for the Jersey Stakes at Ascot as it is up the straight and we have beaten some boys today but we will just see how she come out the race.

“For now on her third start I would like to remain at seven but in time when she relaxers in her races she could step up to a mile or next year as a four year old.

“I feel mentally there is more improvement in her and with more racing she will get the hang of it.”