Lawrie has been a chef for over 30 years. Growing up in the city of Bath he started working in restaurants and hotels whilst still at school. Moving to Cheltenham he studied cookery at what is now Gloucestershire College and has cooked professionally ever since. He has travelled widely and worked all over the world. His experiences have led him to a strong interest in high quality food and its journey from farm to plate.

Lawrie was employed at Cheltenham Racecourse in 1999 as Chef de Partie. He then worked around the country at various high profile sporting venues such as Royal Ascot, Silverstone and the recently renamed Principality Stadium in Cardiff. After a 5 year return to the College but this time as a lecturer he took on the role of Senior Sous Chef back at Cheltenham Racecourse and 4 years ago was offered the post of Head Chef at Warwick Racecourse.

He is keen to develop and maintain high standards.  He lives in the Forest of Dean where he keeps rare breed livestock for a hobby. He is also a novice beekeeper. 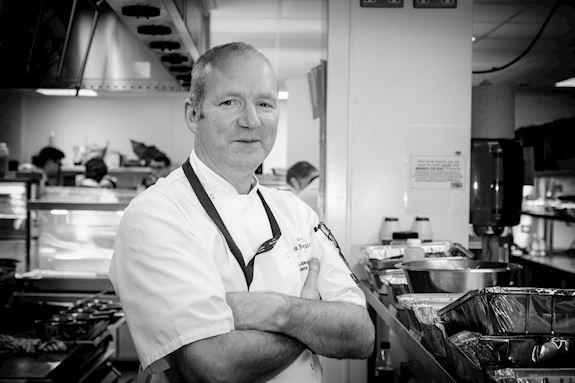 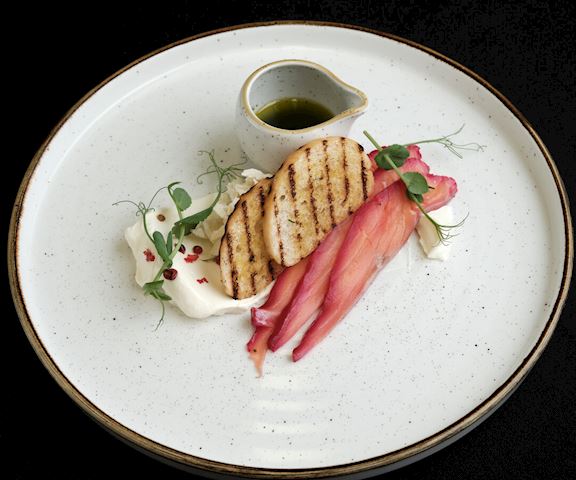 A fresh salmon fillet is cured over a few days with added beetroot to give it colour and depth of flavour. 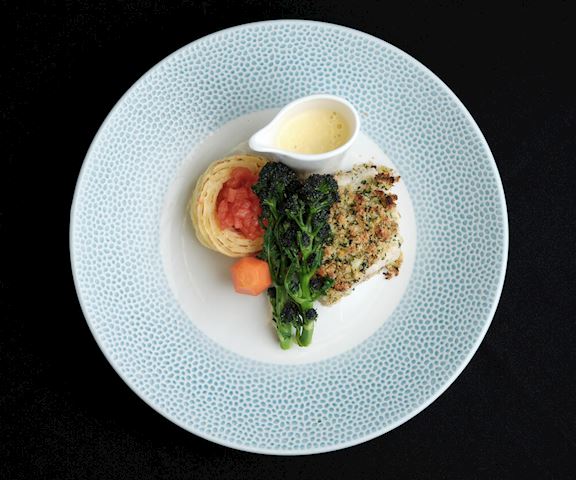 This dish is made up of some characteristic elements. Polonaise is an old-style finish for vegetables, marquis potatoes are a classic preparation of piped mashed potato. A white wine sauce is enhanced with a little saffron. 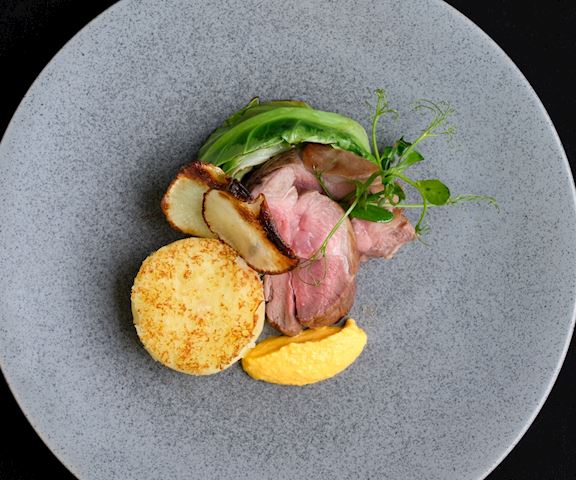 A dish created for St Patricks Day. Rump is an extremely tasty cut of lamb. It has a layer of fat running across the top making it ideal for roasting and pan frying. Cooked properly and well rested it is also tender. 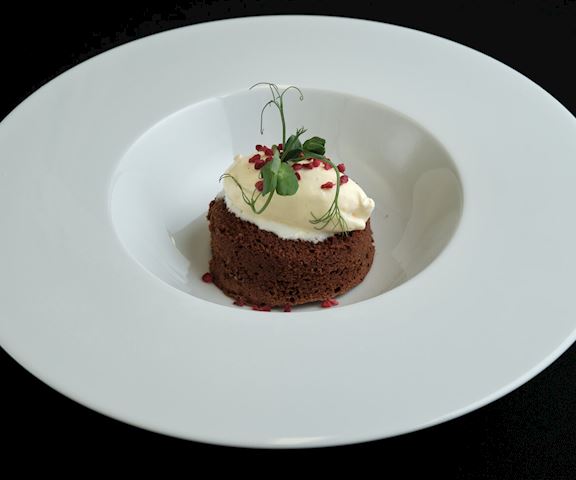 The chocolate fondant is a favourite in the O’Connor household, particularly at this time of year. This rich chocolate dessert is both warming and comforting.