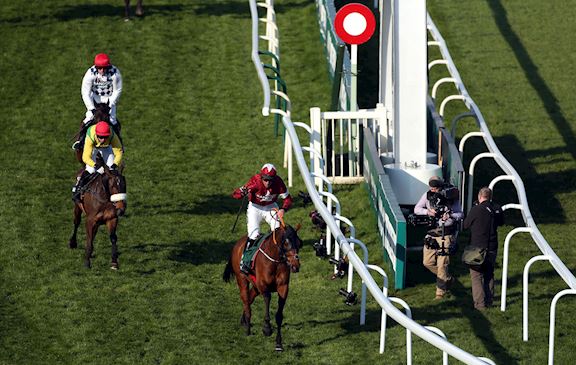 It’s one of the biggest days in the Jump racing calendar – Randox Grand National weights day. Connections of the 105 runners now know the weights they have been allocated for the 2021 renewal of the world’s greatest steeplechase, so we asked Nick Seddon to take a look at 10 key talking points.

TIGER ROLL WILL HAVE TO DO IT THE HARD WAY

No prizes for guessing that the star attraction in this year’s line-up is Tiger Roll. The superstar horse is bidding to become only the second horse in history, alongside Red Rum, to win this race three times and the first to win successive renewals. 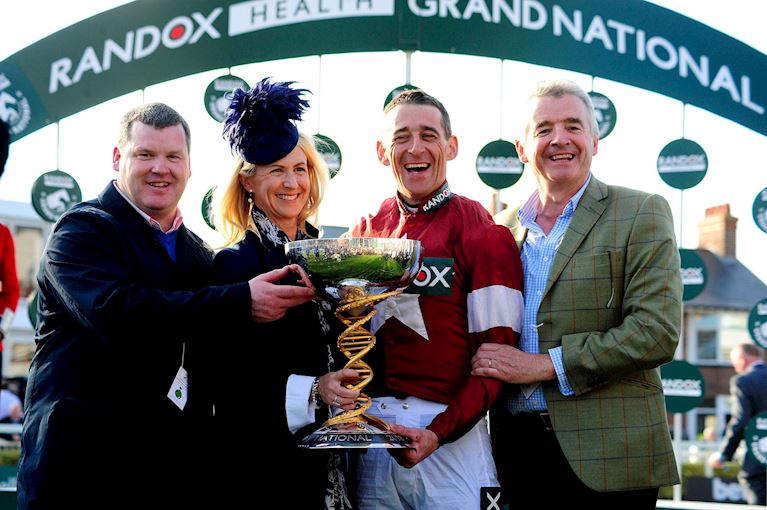 Tiger Roll has a habit of defying the odds, however, and a combination of a good run at next month’s Cheltenham Festival and the carrot of creating history may tempt his connections into lining up on Merseyside.

HENDERSON NOT GIVING UP ON NATIONAL GLORY

There aren’t too many prizes which have evaded Nicky Henderson during his incredible training career, though the one thing missing from his glittering CV is a Grand National success.

In an honest interview with thejockeyclub.co.uk Henderson admitted he would be “sad” to retire without ever having won the Aintree showpiece.

The 70 year old certainly isn’t finished just yet, however, and has six candidates for this year’s race, headed by last year’s Cheltenham Gold Cup runner-up Santini. His main priority might be The Festival™ supporting WellChild, but Henderson has picked out Beware The Bear (10st 10lbs) and OK Corral (10st 8lbs) as his two most likely runners.

Both horses are very smart chasers in their own right and off what look to be ideal racing weights they’ll be hoping to improve on the two second-placed finishes Henderson has managed to date (Zongalero in 1979 and The Tsarevich in 1987).

HEMMINGS BIDS TO MAKE HISTORY OF HIS OWN

The yellow and green colours of Trevor Hemmings are synonymous with the Randox Grand National, and the 85 year old is the joint most successful owner in history with three victories (Hedgehunter 2005, Ballabriggs 2011 and Many Clouds 2015).

Victory this year would put him in a league of his own and ahead of three-time winning owner Michael O’Leary of Gigginstown House Stud and Tiger Roll fame.

Hemmings has three chances with Lake View Lad (11st 1lb), Deise Aba (9st 13lbs) and Cloth Cap (10st 5lbs). His best chance could well be the last of that trio, who is currently trading as the 16-1 joint-favourite alongside Tiger Roll.

The nine year old will want faster ground to be seen to best effect, but he showed his class when winning the Ladbrokes Trophy at Newbury earlier this season and will be on a particularly competitive racing weight.

Gordon Elliott has become one of the powerhouses of the game since bursting onto the scene with Grand National success with Silver Birch in 2007 and he could have as many as 14 runners in this year’s race.

The prospect of following all eight in-running would be enough to give anyone a headache, but another win would make Elliott the joint most successful trainer of all time, so it would be all worthwhile!

While French Grand National runners aren’t necessarily commonplace, France does have two Grand National wins to its name in the 19th Century (Huntsman in 1862 and Cortolvin in 1867).

This year the David Cottin team could have two live contenders in Easysland (11st 10lbs) and Ajas (10st 13lbs), who are both guaranteed a run. Easysland will have to shoulder top weight thanks to his 17-length defeat of Tiger Roll at last year’s Cheltenham Festival, and both he and Ajas will head to next month’s Glenfarcas Cross Country Chase at Cheltenham, which is a proven path to Aintree.

Travelling to the UK in the middle of a pandemic is no mean feat for a yard based around 30 miles north of Paris, though Cottin and his team worked wonders to have a runner at Warwick earlier this week, a trip which will hopefully have taught them plenty.

The Grand National has been associated with plenty of celebrities and sportspeople over the years and they don’t come much more high profile this year than the former world number one golfer Lee Westwood.

A huge racing fan, Westwood is perhaps best known in our world for being a part-owner of the 2011 Stewards’ Cup winner Hoof It on the Flat, but he described the prospect of having a runner in the Grand National as fulfilling a “dream”.

He’s guaranteed a runner this year with Bellshill (10st 10lbs) and although the 11 year old, now with Sandy Thomson, is into the twilight of his career, he has some top-class form under his belt from as recently as 2019, winning the Irish Gold Cup at Leopardstown, and certainly can’t be written off.

Westwood said he might well be playing in a tournament on the day of the National, so perhaps he’ll task is caddy with keeping him up to date.

CONNECTIONS HOPING TO WIN THE NATIONAL … FOR REAL

One horse with more ‘National’ victories under his belt than Tiger Roll is the Christian Williams-trained Potters Corner, who added to his victories in the Welsh National and the Midlands National when winning last year’s Virtual Grand National. 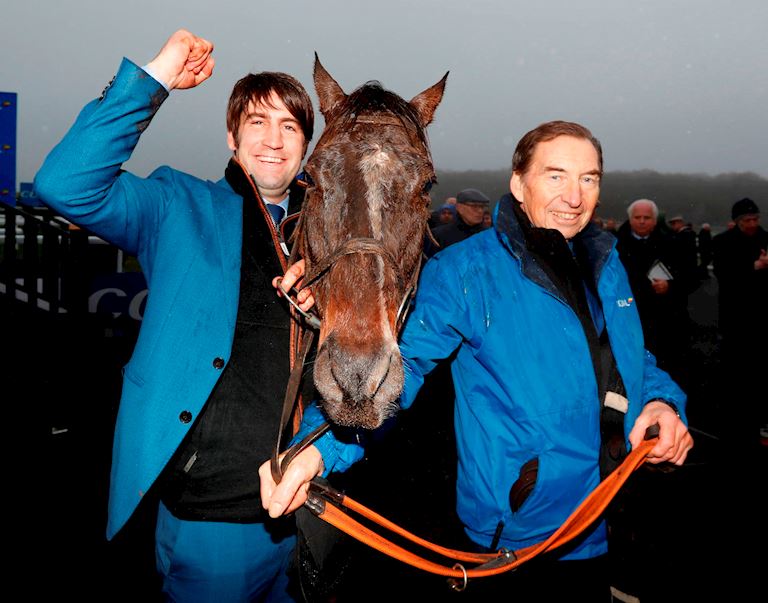 Staged on the same day the real race should have taken place, the computerised version helped raise money for NHS Charities. The eleven year old is therefore going for National victory number four, and he’s all but guaranteed a run with a weight of 10st 6lbs, which sits him at number 43 on the list.

Potters Corner’s owners include Welsh rugby international Jonathan Davies, who has admitted that he may not turn up for his scheduled match on Sunday 11th April if his star runs well!

Meanwhile, Williams could also have the unexposed Cap Du Nord (9st 13lbs), who he feels could be a lively outsider if sneaking into the race - though he would need some luck to do so.

MULLINS SHOWS SOME PATIENCE WITH HIS SAINT

No one can say Willie Mullins hasn’t shown some patience with his best-fancied Randox Grand National contender, Burrows Saint.

The horse has only been seen a handful of times on a racetrack and Mullins revealed that running in the Aintree spectacle this year has been the plan for TWO YEARS.

Given a weight of 10st 13lbs by the handicapper, Mullins seems happy enough. The Closutton master has eight entries and each of Acapella Bourgeois (10st 12lbs), Brahma Bull (10st 8lbs) and Class Conti (10st 6lbs) are guaranteed a run alongside Burrows Saint – while Cabaret Queen and Robin des Foret (both 10st 5lbs) look highly likely to sneak in.

Mullins is perhaps best known for his exploits at Cheltenham as the most successful trainer in the history of The Festival™ supporting WellChild with 72 wins, though he won the Grand National in 2005 with Hedgehunter and would dearly love to add a second.

Unlike the music charts on a Sunday, being in the top 40 is not the be all and end all when it comes to the Randox Grand National weights.

While the initial 40 have first refusal about lining up in April, not all of them will ultimately take their chance, meaning there are plenty in-behind who still have a chance of sneaking into the race.

Those sitting in the 40s have a very high chance of getting in and include this season’s William Hill Becher Chase winner Vieux Lion Rouge (10st 5lbs), who has a remarkable record over the Aintree fences.

Indeed, the 12 year old has completed the course on all nine of his outings to date and would be odds-on to take that tally into double figures.

Another veteran with plenty of Aintree experience is Blaklion (10st 2lbs), who would need 21 horses to come out to get a run, but has a fourth-placed finish and a Becher Chase win in 2017 under his belt.

FERGIE TIME FOR GIVE ME A COPPER?

Legendary Manchester United manager Sir Alex Ferguson is no stranger to sporting success on Merseyside, and his horse Give Me A Copper has a fighting chance of getting into this year’s Grand National with his weight of 10st 4lbs.

Ferguson is a huge fan of horseracing and regularly seen at both Flat and Jump meetings over the years. Give Me A Copper would only need 11 horses to come out of the race as it stands in order to get a run.

While his trainer Paul Nicholls has admitted that he’d need a bit of luck to get this difficult horse ready and onto the racecourse, if he runs well it won’t be the first time that Ferguson smiles in Liverpool!