Baroness Dido Harding and Sandy Dudgeon will join the main board of The Jockey Club, which runs many of British horseracing’s most popular events, including the Randox Health Grand National, The Cheltenham Festival and The Investec Derby, and is the sport’s largest commercial group.

Harding and Dudgeon have been appointed to The Jockey Club’s Board of ‘Stewards’ for three-year terms from 1st January 2018. Stewards are Members of The Jockey Club elected to oversee the performance of the Group and ensure The Jockey Club lives up to its Royal Charter commitments to act for the long-term good of British Racing, which includes reinvesting all profits back into the sport.

Baroness Harding is the Chair of NHS Improvement and former Chief Executive of TalkTalk Telecom Group plc. Previously she was Sainsbury’s convenience director, having been appointed to Sainsbury’s operating board in March 2008. She joined Sainsbury’s from Tesco plc where she held a variety of senior roles both in the UK and international businesses. She was appointed as a non-executive director on The Court of The Bank of England in July 2014 an has also served on the board of The British Land Company plc, as a racecourse committee director at Cheltenham Racecourse and a director of Racecourse Holdings Trust, which later became Jockey Club Racecourses. She sits in the House of Lords as a Conservative Peer and was appointed a member of the Economic Affairs Select Committee in July 2017. Harding’s racing interests include more than 25 career wins as an amateur jockey and owning Cool Dawn, the winner of the 1998 Cheltenham Gold Cup. She was appointed a Member of The Jockey Club in 2004.

Sandy Dudgeon is Head of Wealth Management for Schroders in Hong Kong. Prior to moving to Hong Kong in 2013 – where he will continue to be based – he was Head of Business Development for Schroders’ private wealth management business, which previously traded as Cazenove Capital Management. He was previously Managing Director of Thornhill before its acquisition by Cazenove. His directorships have included Dunedin Enterprise Investment Trust plc and Man Alternative Investments Ltd, and he was an advisor to Wates Family Holdings. Dudgeon’s racing interests include having won 60 races as an amateur in point-to-points and under National Hunt rules, including the 1984 Foxhunters’ Steeplechase for amateur jockeys around the Grand National Course at Aintree onboard Gayle Warning and riding the same horse to complete the 1986 Grand National. Dudgeon was previously a Steward of The Jockey Club for four years until the end of 2012. He was appointed a Member of The Jockey Club in 1989. He is also a voting member of the Hong Kong Jockey Club.

Julia Budd, who has been a Steward since 2012, has been elected to the position of Deputy Senior Steward (equivalent of Deputy Chairman), succeeding Andrew Merriam. Budd is the Chairman of The Jockey Club’s Epsom Downs Racecourse and was elected a Member of The Jockey Club in 2008. She is a founding Partner of leading international search firm, The Zygos Partnership, and a member of the Government’s Professional and Business Services Council. Until recently she was also a Trustee of Racing to School, the sport’s education programme for schoolchildren and students, and a former racecourse steward at Epsom Downs, Kempton Park and Windsor.

Roger Weatherby, Senior Steward of The Jockey Club, said: “I would like to congratulate Julia on her appointment as Deputy Senior Steward and thank Andrew for his considerable support in that role. Julia has made an excellent contribution as a Steward and I look forward to working with her as the Deputy on our Board.

“I am delighted to welcome Dido and Sandy as Stewards. We will benefit hugely from their commercial expertise and passion for British Racing as we look to support a bright future for our sport.”

Baroness Harding said: “I have been involved in horseracing all my adult life and it is a huge honour and privilege to be appointed a Steward of The Jockey Club. British Racing has never been stronger and I look forward to playing my part in helping The Jockey Club and the sport thrive going forward.”

Sandy Dudgeon said: “I am delighted to be asked to join The Jockey Club’s Board of Stewards. I very much look forward to all that will be involved and hope my experience both in the UK and more recently in Asia will be of some use as we seek to act in the best long term interests of British Racing.”

Julia Budd said: “It has been a privilege to act as a Steward and now to be appointed as Deputy Senior Steward. I have big shoes to fill in succeeding Andrew Merriam after the tremendous contribution he has made in the role, but I look forward to the challenge very much.”

About The Jockey Club
The Jockey Club stages thrilling sporting occasions including the Randox Health Grand National, The Cheltenham Festival and The Investec Derby. Millions of people every year enjoy the special experiences we offer through racing, music, food and entertainment. Governed by Royal Charter, every penny we make goes back into British Racing to help the sport thrive. We were founded in 1750 and today we are the largest commercial group in Britain’s second-biggest spectator sport (2016 turnover: £191.5 million), operating 15 racecourses nationwide, The National Stud, Jockey Club Estates, Jockey Club Catering, Jockey Club Live and our charity, Racing Welfare. For more information visit www.thejockeyclub.co.uk. 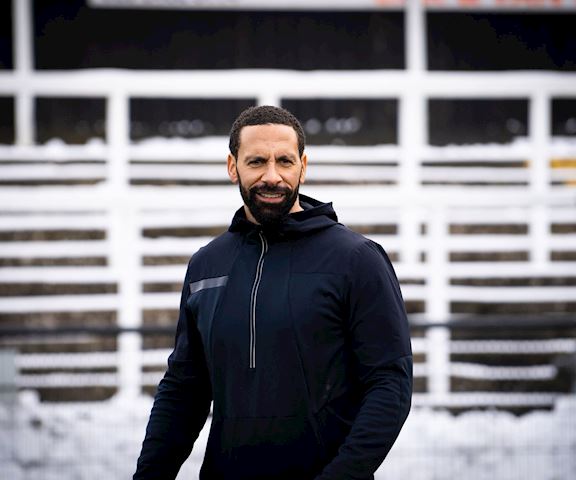