Trainer Dan Skelton admitted he breathed a “sigh of relief” after the hugely talented My Drogo got his career back on track over fences with an exhibition round of jumping in the bearrene.com Novices’ Chase at Cheltenham on Saturday.

After falling at the penultimate fence with the race at his mercy on his debut over fences at Cheltenham last month, the Richard and Lizzie Kelvin-Hughes owned gelding set the record straight with a near flawless display under Harry Skelton.

Although brave over one or two obstacles the 2-9 favourite, who signed off last season landing the Grade One Mersey Novices’ Hurdle at Cheltenham, ultimately proved a cut above his three rivals on this occasion.

Maintaining his focus all the way round there were no late errors this time and after judging the last two fences well he galloped away to score by seven and a half lengths from Torn and Frayed.

Trainer Skelton said: “It is a sigh of relief to get him having a clear round. Regardless of what everyone thought it was a non-completion.

“This horse, I know he has made a couple of brave errors, but the one thing he does is the two that he didn’t get perfectly as he was a long way off them, he stays committed.

“He doesn’t go long then at the last minute changes his mind to go short. If he is long he stays long and that is very important. If he changed his mind it would be dangerous.

“Harry was happy with him. We are all relieved it is over and that it is out of the way. He got a little keen after the third and he ran downhill into the straight and got keen on him.

“Harry didn’t want to commit then so he held on to him for five more jumps. He was big at the ditch but stayed committed.

“He was big at the top of the hill and that got him back for four out at the last - Harry is committed and (My) Drogo is committed as well.

“He is a long way off it but at no point does he think, ‘I better put down here’, which I’m happy about as you don’t want them changing their mind. He has hacked up in the end and is obviously very good.”

A third outing over the Cheltenham fences now beckons for My Drogo with Skelton earmarking the Grade Two Paddy Power Novices’ Chase on New Year’s Day, better known as ‘The Dipper’, as his next target.

Skelton added: “We are not afraid to run him and we will have to give him a bit more experience.

“Visually it (his jumping) is not silky and we can all agree that. It is the result that counts.

“He is a little bit of a horse on the edge and that is what he is like at home. Every day is a competition for him.

“His jumping and technique is excellent. I think when he is a bit far off when Harry is encouraging him he is thinking, ‘let’s go how far can we get’.

“He considers this to be a game and not serious yet. It is something we have got to iron out and the first thing we have to do is get a few runs under him.

“We will enter for The Dipper and if it is not The Dipper we will go somewhere else.”

As regards to the Cheltenham Festival, My Drogo will be aimed at the newly sponsored Turners Novices’ Chase which Paddy Power and Betfair make him a 7-1 chance for.

Skelton added: “It would be two and a half (miles) at The Festival as you couldn’t dare go three and I think over two you would have to be super aggressive.

“I’ve already said an aggressive ride on him would encourage him to take plenty of chances.”

Meanwhile Chester Williams continued his fine run of form in the saddle after celebrating a “dream” first Cheltenham success with an impressive victory aboard Interne De Sivola in the JCB Triumph Trial Juvenile Hurdle.

The 24 year old jockey made it five winners from his last 10 rides when partnering the Novoli gelding to the first success of his career on what was just his second appearance over hurdles.

Holding a healthy advantage late on the Nick Williams-trained 5-1 chance sailed over the last flight in good fashion, before pulling clear on the climb to the line to score by five and a half lengths.

The winning rider said: “Knocking off a Cheltenham winner is what you dream of. Normally when I come here it ends up being a disaster, so it's lovely for one to go well.

“It's fantastic, hearing everyone when you're coming down to the hill and then all the ‘well dones’.

“It means a lot, in Jump racing you've got great fans and supporters and it's fantastic being here and riding a proper horse. He can only go forward, he's so uncomplicated and he's bolted up there.”

Interne De Sivola was introduced at 20-1 for the JCB Triumph Hurdle at the Cheltenham Festival by William Hill and 16-1 for the same race by Paddy Power.

Winning trainer Williams said the race could be a potential long term target but admitted there is no plan at this stage: “He just moved forward from Warwick. He was bound to improve for his second race as he has not run on the Flat.

“It was a good performance at Warwick and he has franked the form today. That was the strongest juvenile of the season so far at Warwick anyway.

“Good horses were beaten 30 lengths that day and the Skelton horse (In This World) is very good.

“He stays well and the dam (Kerrana) has bred eight or nine winners so the pedigree is there for all to see. It is a strong pedigree.

“We’ve not really got a plan as we were going to see what happens today but he has won well.

“It (the Triumph Hurdle) is a possibility. He is a very good prospect. He has got some size and a pedigree. It is all good stuff.” 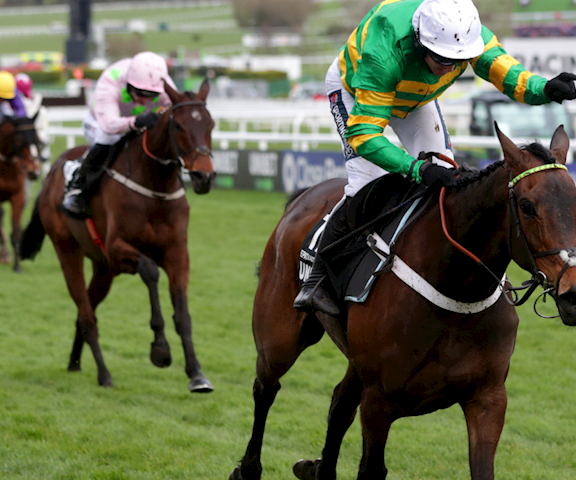 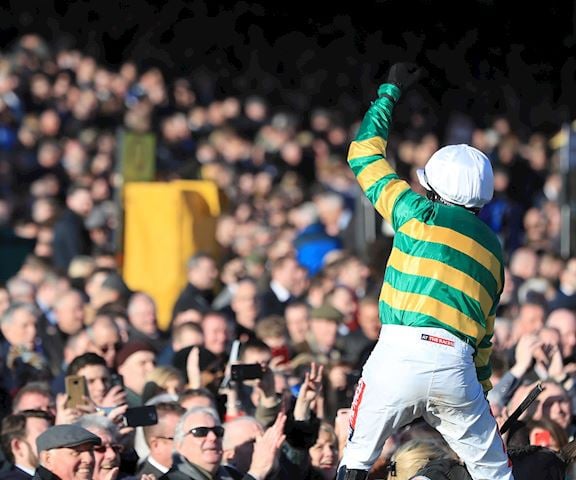 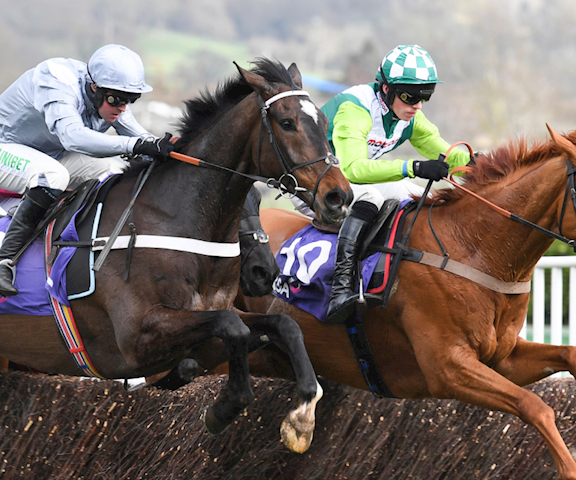