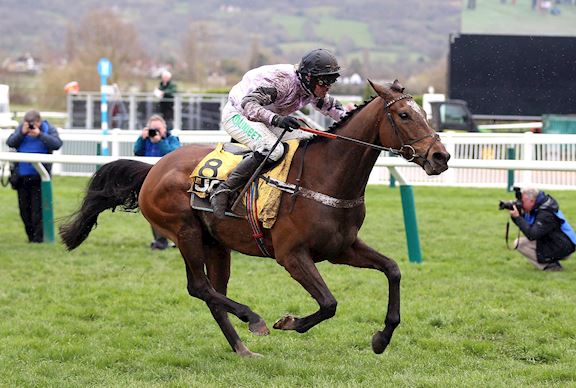 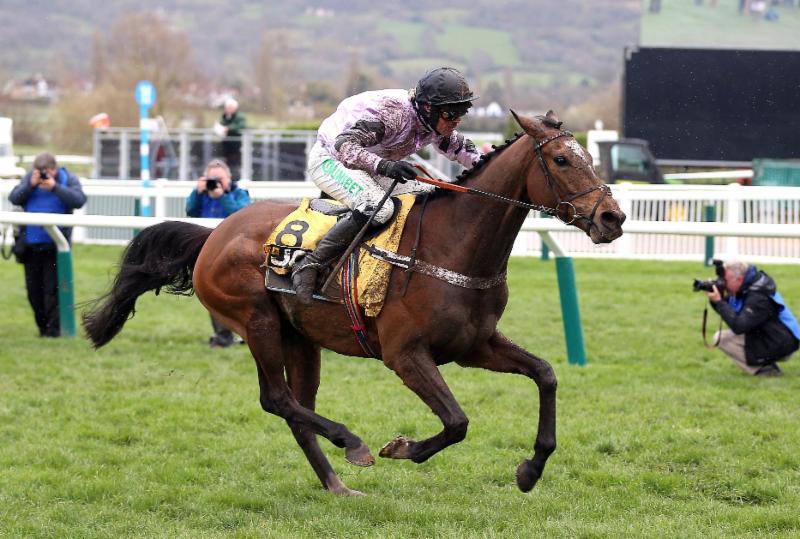 RUSSELL HITS THE CROSS-BAR WITH COEUR
Davy Russell's frustrating week continued with second place in the G1 £125,000 JCB Triumph Hurdle aboard the Gordon Elliott-trained Coeur Sublime.
Russell, who was leading jockey at last year's edition of The Festival™ presented by Magners with four winners, has yet to score this year.
Coeur Sublime, a son of Elusive Pimpernel, finished three lengths behind the Nicky Henderson-trained winner Pentland Hills (Nico de Boinville) at 20/1.
"It's still a great achievement to finish in the first four in the Triumph Hurdle, because it is so difficult to do - we're delighted with him," said Russell. "He's a good horse and he ran a great race.
"I've hit the cross-bar a few times this week but it isn't over yet."
GOING AFTER THE FIRST
Nico de Boinville, on the 20/1 winner Pentland Hills, said: "Soft."
Davy Russell, jockey of the three-length second Coeur Sublime (20/1), said: "Soft."
Barry Geraghty, partner of third home Gardens Of Babylon (9/1), said: "Soft."
Daryl Jacob, on Adjali, said: "Soft."
Jack Kennedy, partner of Authorizo, said: "Dead."
Harry Skelton, rider of Ecco, said: "Soft."
David Noonan, on board Hannon, said: "Good to soft - possibly softer."
Harry Bannister, rider of Nelson River, said: "On the slow side."
Sam Twiston-Davies, partner of Pic D'Orhy, said: "Soft."
Harry Cobden, jockey of Quel Destin, said: "Soft and very hard work."
David Mullins, partner of Runrized, said: "Soft."
Ruby Walsh, partner of Tiger Tap Tap, said: "Slow."
Paul Townend, rider of French Made, said: "Slow."
Statement from Cheltenham Racecourse about Sir Erec
Sadly Sir Erec sustained an injury in the G1 JCB Triumph Hurdle.
He was immediately attended to by the veterinary team, who very sadly determined that it was necessary to euthanize him on welfare grounds.
As animal lovers, we hate to lose any horse and of course we shall review this incident.
Our thoughts are with Sir Erec's connections.