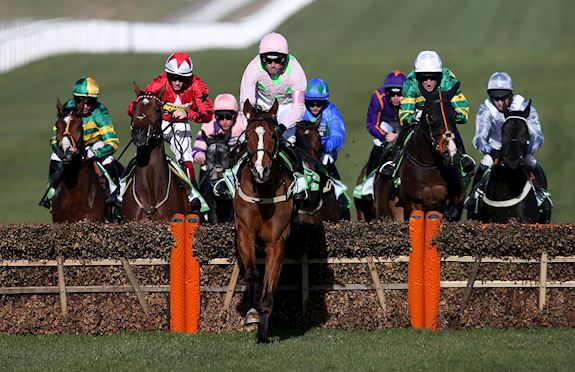 THE MACHINE BACK IN WORKING ORDER?
One of Jump racing's superstars graces Prestbury Park this afternoon when Faugheen bids to record a third success at The Festival™ presented by Magners in the £325,000 G1 Sun Racing Stayers' Hurdle (3.30pm).
Winner of the G1 Ballymore Novices' Hurdle (2014) and the G1 Unibet Champion Hurdle (2015), the 11-year-old son of Germany is targeting a 10th G1 victory in today's three-mile event.
Faugheen was an emphatic winner of the Stayers Hurdle at Punchestown in April and was travelling powerfully when falling at the second-last in the Christmas Hurdle, won by Apple's Jade, over three miles at Leopardstown in December.
"The Machine" will be partnered by Ruby Walsh this afternoon and the jockey reported on ITV's The Opening Show this morning: "We're delighted with Faugheen.
"He was travelling very well when falling behind Apple's Jade at Leopardstown. He has recovered from his fall and we're looking forward to it.
"The team at home are pleased with him and that fall is all in the past.
"Faugheen is an 11-year-old but doesn't have many miles on the clock due to injury and being well-minded - we're looking forward to running this afternoon."
Faugheen, who has been successful on 14 of his 20        starts, is the general 9/2 second favourite behind Emma Lavelle's impressive Cleeve Hurdle scorer Paisley Park, who is the 7/4 market leader for the three-mile hurdling championship.
No horse has ever won both the G1 Unibet Champion Hurdle and the G1 Sun Racing Stayers' Hurdle. Faugheen would also take his earnings past the £1-million mark with victory this afternoon. 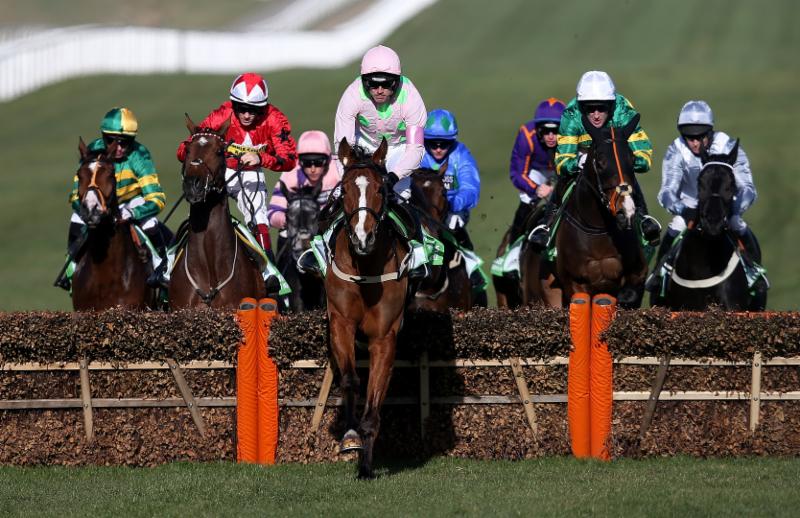