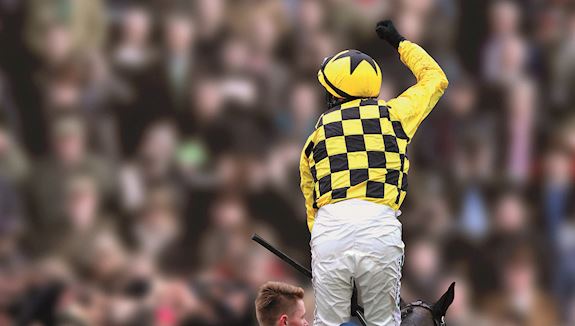 Gold Cup Twitter Emoji launches ahead of The Festival 2020

The first official emoji to mark a British horseracing festival has launched today. The Gold Cup emoji, developed by The Jockey Club and Twitter, has been designed as a replica of the original Gold Cup which dates back to 1924.

The Gold Cup emoji will show for users on the Twitter platform when the hashtag #CheltenhamFestival is used from today, and throughout The Festival™ presented by Magners.

Being recognised alongside the likes of Wimbledon and The FA, who also have a special event emoji, marks a huge moment for The Festival and horseracing.

"We are thrilled that The Festival now has its very own emoji. We have a great relationship with Twitter and we are really pleased this iconic British horseracing event has received such recognition. People scroll quickly through their Twitter timelines so a Tweet needs to stand out to get attention - this emoji will absolutely help us achieve that 'thump-stopping moment'. I encourage you to get on Twitter not just to use the emoji but to see the incredible content we will be producing throughout the four-day festival."