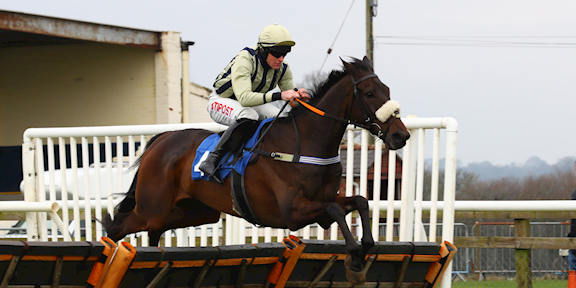 Trainer Keiran Burke has revealed that he couldn’t resist the lure of keeping the improving Last Royal in handicap company at Cheltenham tomorrow (Wednesday 13th April), day one of The April Meeting, having originally eyed up the riches of Grade One glory at Aintree.

The seven year old is a full-brother to the dual Unibet Champion Hurdle heroine Honeysuckle and while he’s proven to be a little slower to come to fruition than his older sister, he opened his account over hurdles in some style at Wincanton last month when winning by some 42 lengths.

Burke revealed after that victory that he was considering sending his charge to contest the Grade One Sefton Novices' Hurdle at last week’s Randox Grand National Festival at Aintree. However, after seeing Last Royal’s revised handicap mark, he admitted that heading for tomorrow’s three-mile Safran Handicap Hurdle was too tempting to turn down.

Dorset-based Burke said: “He’s in great form and I think this trip will suit. The track should also suit and while we’re going there 1lb out of the handicap we think we’re well in anyways. What’s a pound between friends!

“I think we would have gone for the Grade One race at Aintree as after we won at Wincanton we were expecting to get absolutely hammered by the handicapper. They only put us up 3lbs for that victory, so it would have been mad not to go for a handicap, really. You don’t want to be running in a Grade One when you’re rated 122, so that was the thinking behind that one.

“I think he’s improved mentally since Wincanton definitely. He improved from when he ran the time before at Exeter to last time. You could say he got outstayed there but I think he’s still learning his job really and he came out of that and improved a lot between then and Wincanton. I know he probably didn’t beat much there, but he’s definitely going the right way.”

Burke is perhaps best known for training Hunt Ball, winner of the novices’ handicap chase at The Festival in 2012, though he isn’t shy when talking about Last Royal and feels that the son of Sulamani could prove to be the best horse he has ever been involved with.

He explained: “He’s got lots of talent, but he’s just taken a bit of time to come to hand. He’s a big raw horse and he’s not the easiest, so he’s just taken lots of time. But I think he’s better now than he’s been all season.

“Whatever happens tomorrow though he’ll have his summer break and then we’re toying with the idea of potentially going to France with him – though it’s a big maybe.