Keep an eye on these

It’s going to be a sparkling three days of racing at the Randox Health Grand National Festival and here’s a few horses we've had our eye on, who could well make an impact in the races they’re running in.

The season probably hasn't quite gone to plan for Ruth Jefferson's stable star, Waiting Patiently, but there's every chance he could make amends in the JLT Chase.

Brian Hughes was clearly distraught after his unseat from the eight-year-old in the 32Red King George VI Chase on Boxing Day, with the question of not knowing how he would of really got on lingering in the air after. 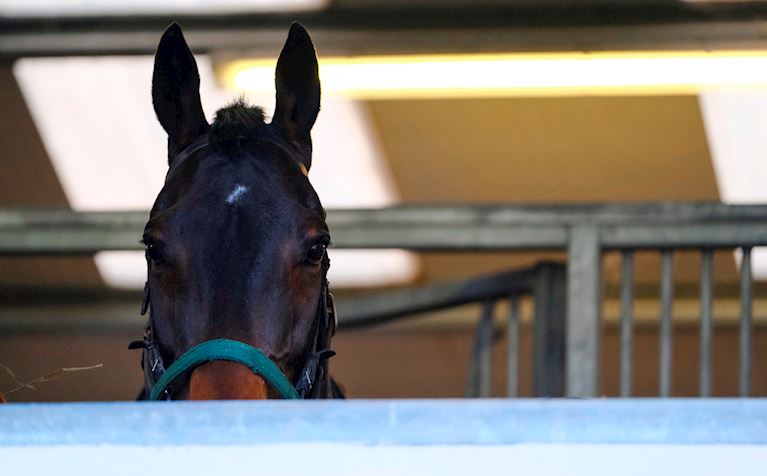 That day he was very well supported by the racing public, going off a mere 4/1 on only his first start of the season, in a line-up which quite frankly... phenomenal.

The duo then trailed an impressive Cyrname in the Betfair Ascot Chase back in February, in what was his first real run of the season.

That should of put him spot on for the Aintree race where he is certain to come up against last year's hero, Politologue. With no real concerns with the track, the Jefferson team will be hoping he can show what he can really do in an attempt to notch his second Grade 1 success.

We have a feeling should he do it, it will mean an awful lot for his rider, who sits third in the Jump Jockeys Championship, with perhaps the complete opposite response that gave at Kempton Park in December.

Last year’s winner of the National Hunt Chase at The Festival™ has a profile which screams ‘I can run a mighty race in the big one’ on Saturday week.

His trainer Willie Mullins couldn’t be in better form himself, on the back of an elusive first victory in the Magners Cheltenham Gold Cup courtesy of Al Boum Photo. It’s hard to believe that it’s already been 14 years since Hedgehunter gave the Closutton handler a breakthrough success in the race.

Rathvinden is one of three darts Mullins could fire at the race, one of which also includes the 2018 runner-up Pleasant Company, who came so agonising close.

But the son of Heron Island features nearest to the top of the bookmaker’s lists, and for good reason.

We’ve only seen him twice since that success last year at Cheltenham, the first of those came in the eventful Growise Champion Novice Chase at Punchestown, where he kept on strongly into fourth. He made his seasonal reappearance only last month at Fairyhouse and ran out a comfortable winner of the BetVictor Bobbyjo Chase. 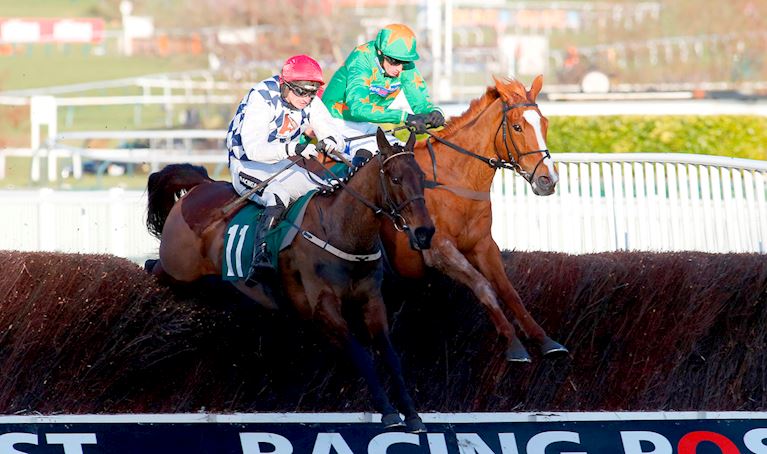 Although we are not certain how he will handle the Grand National fences, he seems a pretty good candidate for staying the trip and on top of that is still a relatively fresh horse this season. As long as he gets a clear passage he could very well be in the mix in the final third of the race.

It is clear that Warren Greatrex holds Emitom in high regard and Aintree will prove his truest test yet and whichever race he ends up going for, he's bound to be a popular candidate for punters.

His career thus far has been carefully selected by the Lambourn trainer, having started off in a bumper at Warwick in the spring of last year.

This season began with routine wins at Ffos Las and Lingfield and then, he was thrown into a rather deeper novice hurdle at Newbury, a race which featured the Phillip Hobbs-trained Tidal Flow, a course-and-distance winner at that track who went off favourite in a Grade 2 at Warwick earlier in the season.

Emitom got it all wrong at the 6th under Gavin Sheehan but that didn’t harm his momentum. He got on terms with the leaders into the home straight and although was challenged towards his inner after the last, showed his staying prowess to overcome Nicky Henderson’s, Interconnected.

That race over an extended two-and-a-half miles suggests that three miles is certain to be his bag in time. Given that he’s only had five lifetime starts there should be more improvement to come.

The Aintree track shouldn’t faze him either given his experience with left-handed, flat tracks so we could very well see him keep the unbeaten record in tack. But to do so, he may have to show those battling qualities that he showed at Newbury once again.

The husband and wife duo of Ross O’Sullivan and Katie Walsh know what it’s like to take on the National fences, as they did 12 months ago with Baie Des Iles.

And this year it could pay to keep a close eye on a horse that hails from the stable and had a good taste of the conditions back in December, Call It Magic.

The nine-year-old finished fourth behind Walk In The Mill in the Becher Handicap Chase which is run over further than the Randox Health Topham Chase which the gelding looks likely to line-up in.

It was his first spin over the fences and he was only headed before the elbow, which stands out as an eye-catching run and seemingly a nice tee-up for the task at hand.

A son of Indian River, he ran a blinder in the Irish Grand National last spring, and this time of year could be ripe to catch him.

At a big festival such as this, a win for the smaller trainer can mean so much.

Leicestershire-based Kelly Morgan, better known for her point-to-point exploits, has a very live chance of putting herself on that stage should her stable star, Timetochill, do the business in the Mares’ Bumper next Thursday. 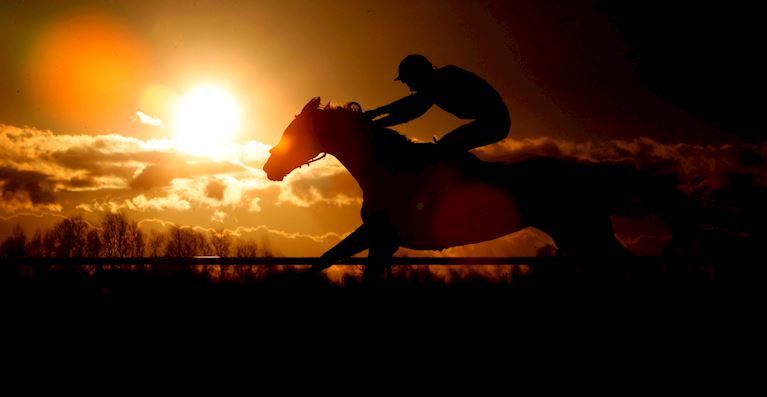 A six-year-old by Scorpion, Timetochill has won both her starts under rules in quite impressive fashion, the first coming at Kelso by 13-lengths.

Morgan then pitched her into a Listed Mares’ bumper at Huntingdon just before Christmas, where she was up against some well-touted mares from the Nicholls and Jeremy Scott yards.

Having travelled best throughout she showed a nice turn of foot and repelled her nearest challenger to win by just under a length at the winning post. Further behind her that day was Silver Forever, who on her next start won a good-looking bumper at Ascot before finishing runner-up in a Listed bumper at Sandown Park.

Her form reads really well at this stage and the track at Aintree should really hold no fears whatsoever and she could be a big player come the day. On top of that it would be great to see one of the underdogs breaking through again. 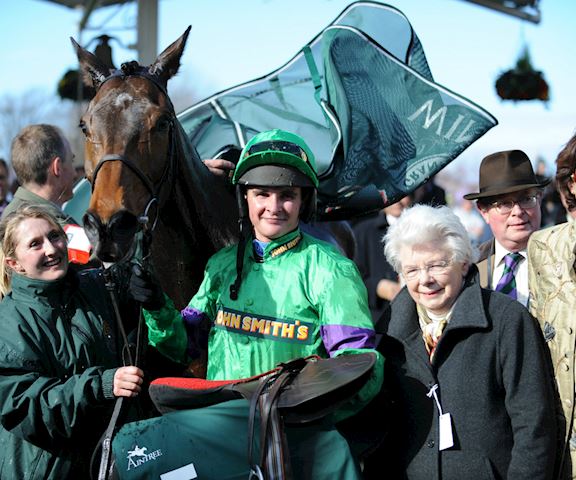 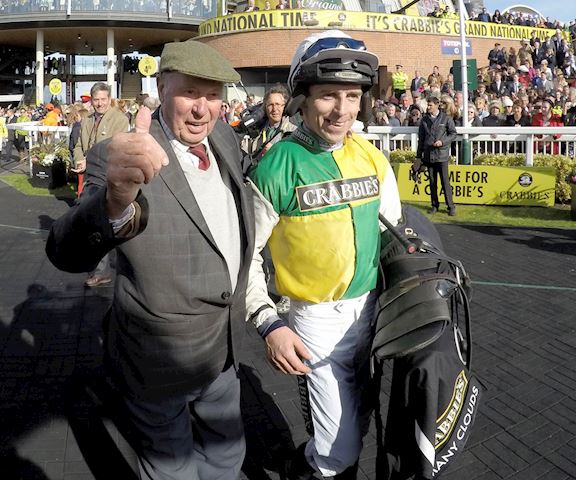 Trevor Hemmings on his Aintree obsession

He's already won three, yet his hunger and drive for another is the same as it always was. 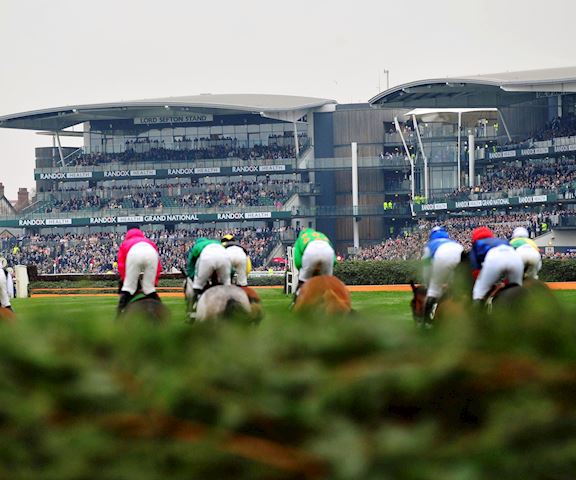