Pan Seared Seabass Niçoise
This Friday instead of fish and chips try this alternative fish dish out!

Salade niçoise is a salad that originated in the French city of Nice. It is traditionally made of tomatoes, hard-boiled eggs, Niçoise olives and anchovies or tuna, dressed with olive oil. It has been popular worldwide since the early 20th century and has been prepared and discussed by many chefs. Delia Smith called it "one of the best combinations of salad ingredients ever invented". I must say as a footnote, this is my take on it possibly unconventional and may divide opinion depending who you talk too, so much has been made of this simple salad!

As we turn into spring there is a shift in some of the ingredients we use. Here rather than the heavier starches and robust root vegetables we change for lighter options. I have chosen this dish as it is a personal favorite of mine as we serve this regularly during our spring and summer months.

The key to this dish is in the preparation and sourcing of the ingredients. One of my most read and well used books I have is a book called Keep it simple! The recipe preparation in the book are far from simple and a little time consuming to do but the finish itself is. This dish is along those lines prepare and source the ingredients well in advance and the plating up part will be swift and look very for want of a better word “cheffie”

Chefs note – prepare all the ingredients separately, but warm all together. Pre heat oven to 160 degrees (fan)

Putting it all Together, the simple bit!

Chef note – the picture we slice a courgette and cut out the centre and place the green beans through it. There are many variations you can use, different flavoured olives, change the cherry tomatoes for sun blush tomatoes, use a nice lemon infused olive oil for a citrus zing, salmon and tuna work well with this salad, so does chicken or steak. The list is endless!

Curing your own fish at home may look daunting but it is surprisingly easy to do and great results with interesting flavour combinations can be achieved. 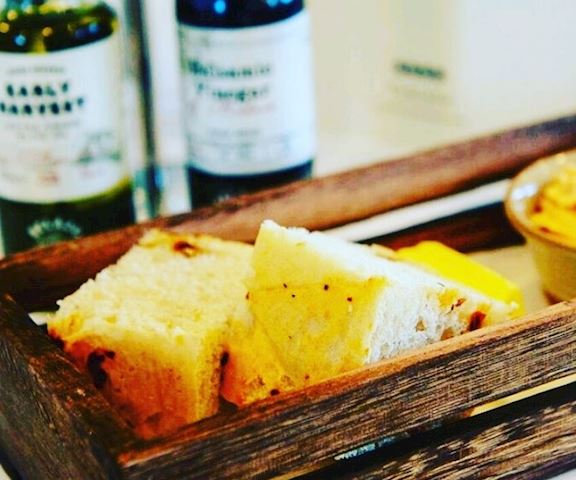 Whilst we are in lockdown here is a chance to practice your bread making skills and create a great start to any dinner party with this simple recipe. 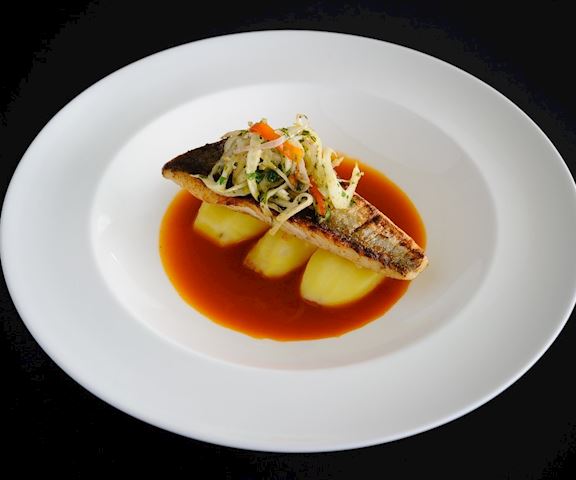